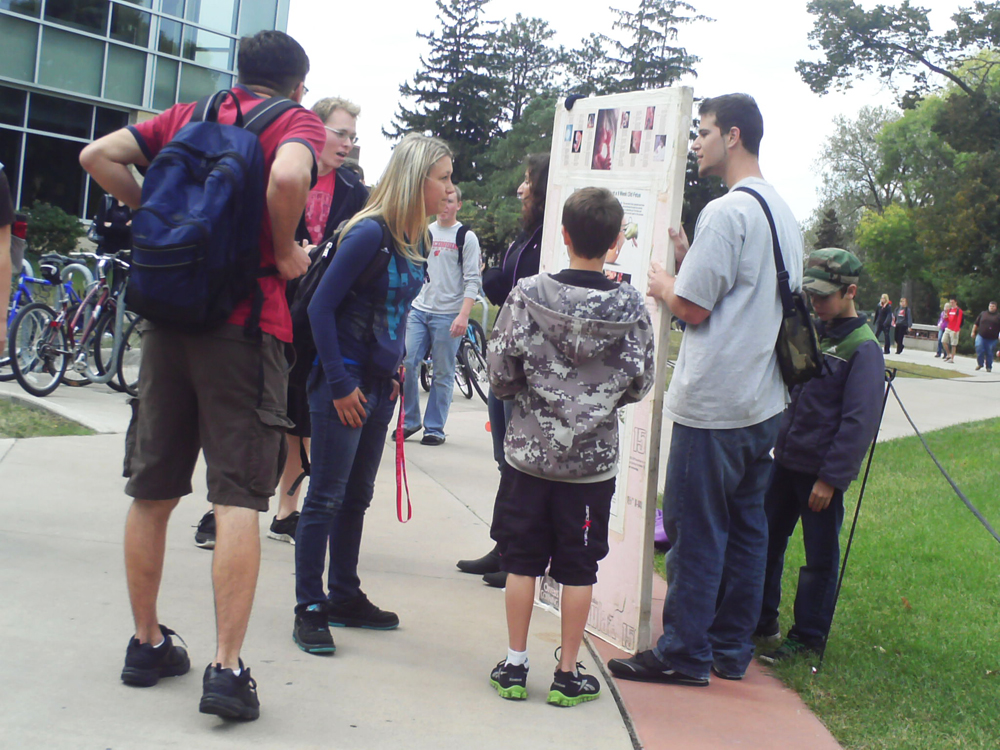 Missionaries to the Preborn put together a team of 25 people in order to conduct a four-day Tour, from September 17-20, at Wisconsin universities. The Missionaries made stops at the University of Wisconsin (UW) - Eau Claire, UW - Stout, UW - River Falls, and UW - La Crosse.

The state of America’s college students is sad. Most students show little interest in the things of God.  Most walk around like robots. Indifference, arrogance and self-centeredness are the common traits. Nevertheless, the Missionaries did see the Lord work in the hearts of men.

Many students encountered a Christian worldview or perspective for the first time in their lives. Others were encouraged in the faith - some of whom had turned away from the Lord after arriving at college.

The Missionaries put out about 14,000 pieces of literature. The literature exposes the horror of abortion, and points people to Jesus Christ. The Missionaries’ new literature also includes on it a “QR” symbol which students can scan with their smartphones. They are then taken to a 6-minute video produced by the Tell The Truth Project.  You can view the video yourself by going to TellTheTruthProject.com.  Hundreds of students did scan it!

The Missionaries spent a day at each of the four universities. Their routine each day consisted of going to the campus for four hours. They distributed literature, h ...