The Amazing Benefits of Magnesium 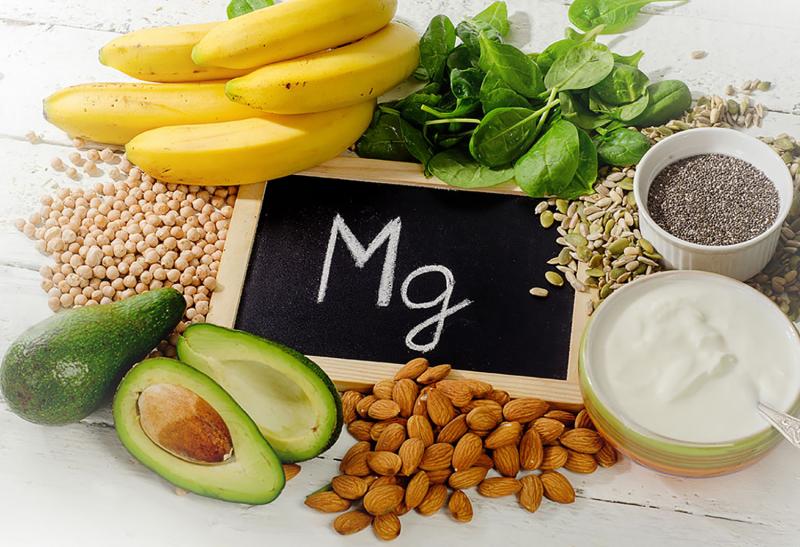 Complimentary Story
The Marvels of Magnesium
Americans are woefully deficient in magnesium, a mineral which has been shown to be vital for protection against conditions like diabetes and high blood pressure. The reality is that getting enough magnesium is easy, but it makes a huge difference in your health.

Research shows that 75 percent of those living in the West don’t consume sufficient levels of magnesium. That is a massive deficiency. Why does this matter? Magnesium — along with calcium, iron, phosphorous, potassium and zinc — is a crucial macro mineral necessary for optimal health. This means that we need at least 100 mg per day to remain healthy. With the research showing that three out of four are deficient in magnesium, it’s no wonder Americans are among the world’s sickest people.

Abundant Substance
Magnesium is among the most abundant elements in the human body, where its ions are essential to living cells. It is a cofactor in the manipulation of compounds like adenosine triphosphate (ATP, the “universal energy molecule”), deoxyribonucleic acid (DNA) and ribonucleic acid (RNA), which are essential. In fact, magnesium ions are necessary for HUNDREDS of enzymes to function properly and help normalize hyperactive nerve function and vasoconstriction (spasm of blood vessels).

According to Cornell University’s Lawrence Resnicj, M.D., “A link between magnesium, diabetes and hypertension seems established beyond a reasonable doubt.”

• Hypertension, Heart Disease: As far back as 1990, the British Medical Journal published an analysis of seven major clinical trials of the time and found that following a heart attack, those who received intravenous magnesium reduced their risk of death by 55 percent. In 1995, the British Journal of Nutrition published the results of a double-blind, placebo-controlled study of people who consumed 411-548 mg of magnesium daily. This group achieved a reduction in both systolic and diastolic blood pressure. In 2006, the journal Nutrition Research reported on a study of more than 10,000 people in the United States, which showed that those who consumed the daily recommended amount of magnesium “demonstrated lower levels of C-Reactive protein. Elevated C-Reactive protein is quickly becoming one of the most powerful predictors of heart disease.” I take Magnesium every day. Yesterday I checked my blood pressure it was 115 over 65...I am 56 years young.

• Stroke: In 1998, the journal Stroke reported on a study of stroke among residents of Taiwan. They compared the 17,133 cases of death by stroke between the years 1989-1993 against 17,133 other causes of death and determined that “the higher the magnesium levels in drinking water used by Taiwan residents, the lower the incidence of stroke.” This statistic is however a bit more nebulous. While the mineral magnesium may be in the water it is difficult to absorb. You don’t digest non-chelated minerals very well. There are probably additional factors influencing this statistic.

• Metabolic Syndrome: This syndrome occurs when a person concurrently experiences several health risk factors, including abdominal obesity, high blood pressure, high cholesterol, diabetes and others. In 2006, the journal Circulation reported on a 15-year study of 5,000 young adults and found that a higher daily intake of magnesium decreased the risk of developing metabolic syndrome.

• Muscle Spasm and Pain: More than 25 percent of the body’s magnesium content is concentrated in the muscles. It helps deliver the correct amount of oxygen to the muscles to help them contract and relax, and it aids in the transmission of nerve impulses to them. This is why magnesium works so well for muscle spasms.

• Fatigue: Magnesium helps convert carbohydrates we consume into usable energy. A deficiency of magnesium, then, can lead to extreme tiredness. Magnesium is super important to maintain your energy levels.

• Cholesterol: Clinical studies have shown magnesium to lower total serum cholesterol and lower elevated triglycerides levels. It decreases the “bad” LDL cholesterol and raises the “good” HDL cholesterol. Again these are studies which should have included other variables that may have been involved. That’s one of the many problems in doing clinical research studies on humans it’s difficult to isolate all of the variables.

• Asthma: Numerous studies show that those who suffer asthma have lower levels of intracellular magnesium than non-asthma sufferers. In a clinical study, 400 mg of daily magnesium supplementation was given to asthma patients. After three weeks, the group experienced a significant reduction in symptoms, including less wheezing. Other important nutrients for asthma include b6 b5 and omega 3 oils.

• Migraines: Numerous studies show a direct link between those who suffer migraine headaches and low levels of magnesium. In their book What Your Doctor may Not Tell You about Migraines, Alexander Mauskop and Barry Fox reported: “A group of 3,000 patients given 200 mg of magnesium daily had an 80% reduction in their migraine symptoms.” Again a lot of variables are involved in headaches and migraines.One of the primary ones is irregular blood sugar patterns, coffee, high fructose corn syrup and sugar consumption.

Types of Magnesium
The hundreds of essential functions within the human body requiring magnesium leave little doubt that maintaining adequate levels of magnesium is crucial to overall health and wellness. There are many ways to increase your magnesium intake, such as food and supplementation.

Our company, HealthMasters, offers many varieties of magnesium supplements.  Please visit our website to explore all we have to offer.

If you have any questions about these supplements, check out our website or call our office at 800.726.1834.