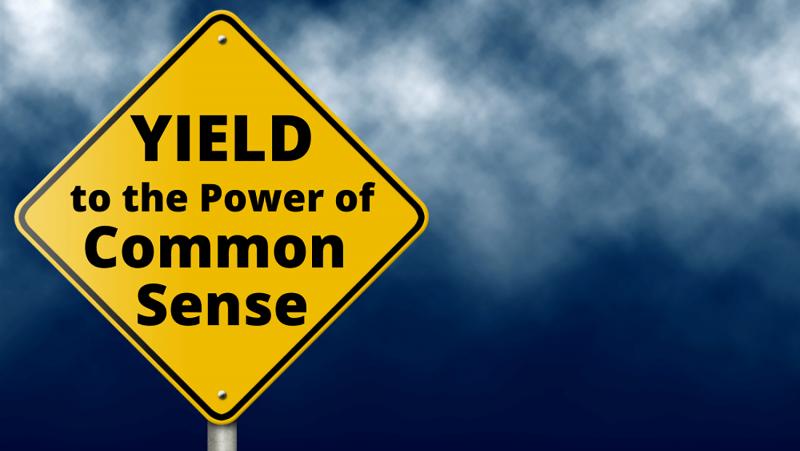 Complimentary Story
“Who can find the truth,” right?  Forget that, how about who can find common sense in today’s upside down bizarro world where wrong is right and right is wrong?

We live in a time when natural law and objectivity has taken a back seat to the imagination of man. Just think about what we are now accepting as normal and what is now considered abnormal? This seems to be especially true given those that we choose as our public servants.

For example, when one attends a local school board or local city council meeting, it is assumed that we are dealing with representatives who will exhibit sound judgment and make rational decisions on our behalf. These are supposedly public servants who want to provide what is best for each citizen and parent.  Yet, that seldom seems to be the case in today’s “woke” America, especially if you are looking for common sense in those whom you have elected.

This, of course, leaves the door open for numerous “conspiracy” theories and proposed solutions to problems that have yet been proven to exist.

For example, that oldie but goodie racism issue is once again being injected into the American bloodstream. Critical Race Theory,  like evolution theory, are both  un-documented theories — yet are still ever-present in the halls of public indoctrination centers.  In our local schools a yet-to-be proven bigotry is creating a paranoia that is now becoming more contagious than COVID ever hoped to be.

Sadly, city councils have taken on this racism frenzy as well. For instance, here locally where I reside, city council members recently agreed to today’s woke diversity training of their employees, requiring all of them to be “vaccinated” against bigotry. Apparently there is a fear of townsfolk succumbing to a perceived prejudicial virus. Sound familiar?

Ok, so now what? Well perhaps some clarification is needed here. For instance, at this same city council meeting an informed citizen asked a much-needed, yet startling question. It was a question that he asked of every council member present and one that was well overdue when it comes to the Critical Race Theory issue.

As he faced this all-white city council, perched on their lofty dais, this town resident looked them directly in the eye, one by one and asked “who among you is a racist? Show of hands please.  After all, isn’t that why we are here?”

No takers, of course, from his servants.  He then turned to the audience and asked them, by show of hands, “who here is a systemic racist?” Once again, no takers.  But how is that possible? Racists are everywhere, are they not?  Behind every tree, under every bed, lurking in the dark shadows of our towns waiting to pounce on their victims (hiding behind their masks of course).

Now, if I could have been there, I would have turned back to the council and asked “whom among you teaches their children or other family members to harm others because of the color of their skin? Show of hands please.”

Then I would have followed with “who among you have friends, neighbors, associates that stay up nights thinking about ways in which to make life miserable for others of a different skin color?”

Next, I would have asked the council to please identify which employees of the city they know to be racist, wishing only ill upon others just because of their different skin color.  Then finally, I would ask the council if, by their assumption on this issue without evidence or cause, were they not actually creating an environment where once there was no problem one now exists, further dividing this community versus uniting it?

“And yes council members, prejudice and discrimination does exist.  Just try not wearing a mask in this very building or tell someone that you have not taken an experimental drug treatment!”  And exactly where is your diversity training for that issue, eh?

Folks, racism will end as soon as we all stop speaking it into existence and not until then.  Amen?