The Conception of Sin 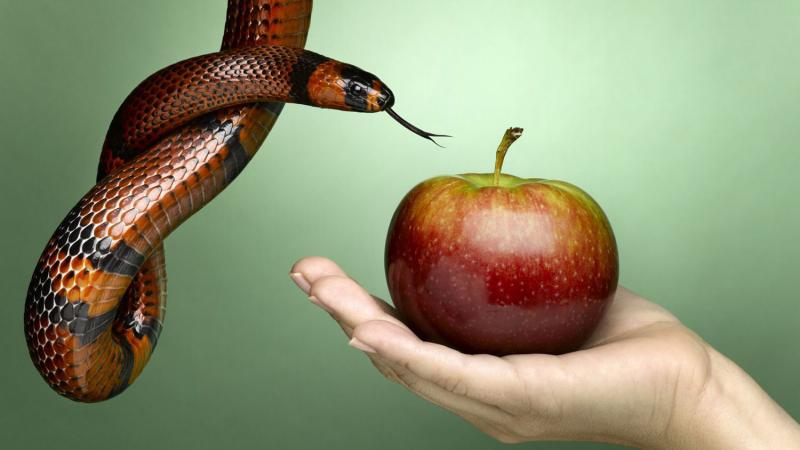 Complimentary Story
“Every man is tempted, when he is drawn away of his own lust, and enticed.  Then when lust hath conceived, it bringeth forth sin:  and sin, when it is finished, bringeth forth death.”  (James 1:15).

We all have desires; desires are a sign of a healthy person.  We desire food, sleep, and interaction with others.  We desire social acceptance, a good job, and sexual gratification.  This is the old meaning of lust, to desire or have an appetite for something.  Because desire and appetite are God-given, natural, and a sign of good health, we cannot classify lust as sin in itself.  However lust, or desire, can tempt us to sin.

This was the first sin that came into the world, but it was not the last.  This is the pattern that plays itself out in my life, and yours, when we follow a desire that leads us away from God, away from obedience to His good restraints upon our desires.

The restraints that God places on the free pursuit of our desires are for our own good.  A child may want to play with a knife, not knowing the damage he can do to himself, and will turn away from his mother in a rage when she takes the knife away.  Even so, if we follow desires into areas that God has forbidden, we are sinning against God, but also against our own selves.  God does not arbitrarily forbid us what we can safely enjoy.  He forbids what will do us and others real harm, and lead to death.

Once we enter into the practice of sin, God does not immediately destroy us.  He is gracious, and gives us many opportunities to repent.  But most people do not use these opportunities to their own good.  “Because sentence against an evil work is not executed speedily, therefore the heart of the sons of men is fully set in them to do evil.”  (Ecclesiastes 8:11).  This verse tells us that since we are not struck dead when we sin, we choose to keep right on sinning, even though we can soon see and feel within our own hearts and lives that we are doing damage to ourselves and others.  The blight of sin begins at its conception, not when it finally brings death.

One type of sin leads to other more destructive types of sin.  We should know that God condemns fornication, the sexual union of those who have not publicly promised fidelity to each other for life.  We also know that God condemns adultery, the sexual union of two people, when at least one of the two had already promised marital fidelity to another.  Jesus even calls remarriage after divorce adultery; after all, what right do you have to make another promise to another person, if you were did not keep your first promise?

These two sexual sins have become common and socially accepted in our society.  Few voices are raised against premarital sex, and our public schools teach our youth how to have “safe sex” outside of marriage.  Promises are no longer made to be kept.  The sexual discipline of keeping yourself pure until marriage, and keeping your promises after marriage, is thought to be too restrictive, and perhaps even impossible.  But...

A girl who consents to premarital sex, only to be ignored by the young man who now is pursuing another will suffer trauma.  She will feel betrayed, even if she practiced “safe sex” and knew there were “no strings attached.”  To actually consent to sexual union, her emotional heartstrings do become attached.  This is a proven scientific fact.  Her sin is against herself.  She will have trouble trusting even the man who promises marital fidelity.

Is the young man free of the ill effects of fornication?  No.  By degrading another, he degrades himself.  He cannot feel good about what he has done, even though he is taught that it is normal; that it was not exploiting another because she consented.  “Flee fornication.  Every sin that a man doeth is without the body; but he that committeth fornication sinneth against his own body.”  (1 Corinthians 6:18).  This is what the Bible says, and it is true.

Now let us look at adultery.  A man and a woman promise to be for each other.  These promises are made to establish a valuable reciprocal relationship.  Within this promised relationship, sex is truly safe, and children can be brought into this home with the needed guarantees for their future well-being.  But now the wife is busy with her children, and is not as interested in her husband’s sexual appetite.  Or the man is working in the presence of another lady, and becomes attracted.  Either one of the two may be the first to be a bit delinquent in fulfilling the promises of marriage.  Does that give the other the right to be delinquent as well?  No.  That is what the promise is all about, to help sustain us until the other can recuperate, or even if the other does not recuperate.

By now our “Christian” society has accepted premarital sex, live-in relationships, and divorce and remarriage for several generations.  We know they are not good for those involved, but we accept the excuse from each one involved that it was the fault of the other, or that there were incompatibility issues, and we accept, as Christians, those who have broken a promise, and allow them to make another promise that they are no more likely to keep than the first.

The youth that are traumatized by fornication, and every family member that is traumatized by divorce goes on into life broken and twisted.  Today our society faces the plague of abortions in outrageous numbers, and a rash of corrupted people who endorse and practice all sorts of sexual deviation that will be the ruin of our nation.  We think we are fighting sin where it causes death when we fight abortion, but we who call ourselves Christians are not fighting sin before its conception; we do not teach the control of desire and appetite.  We do not fight lust; we feed it.

Look at all the obese; grossly overweight people who call themselves Christians.  Look at all those who have divorced and remarried who call themselves Christians, but who have destroyed the future of their children, and played traitor to a spouse.  Look at all the “Christians” who heap pleasures and goods to themselves, and who forget their poor neighbor.  Look at the statistics of “Christians” addicted to pornography, or addicted to the internet!  Each of these has followed lust, not only to where sin was conceived, but also brought to birth.  They are controlled by desire, rather than controlling their desires.

We must stop sin before its conception!  We must repent and forsake every type of sin, every inordinate desire!  We cannot make America or even our “Christian” churches great again by trying to stop sin halfway down its slippery slope to hell!

If you claim to be a Christian, repent of every type of sin before protesting another type of sin in your neighbor.  Only then will you have the power to live a holy life, and to rescue others who have fallen into one of the many traps of the enemy.  Stop sin before conception!  Accept the need to control desire!