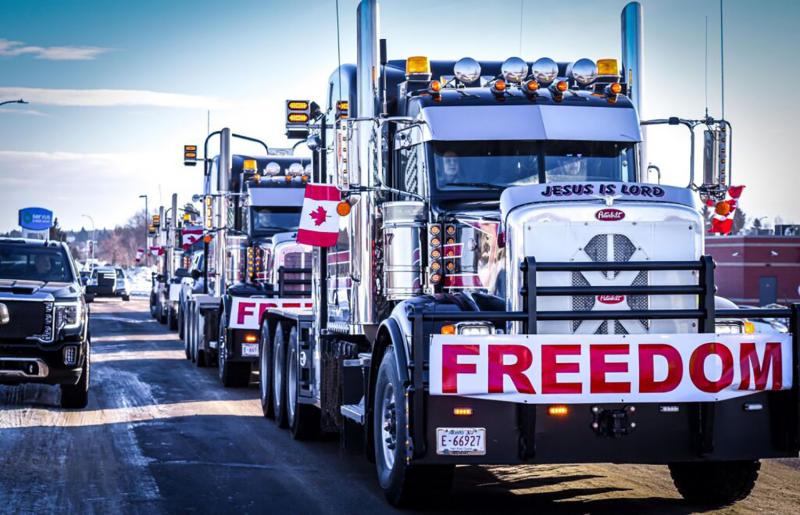 Due to the Canadian truckers’ Freedom Convoy, many people around the world are beginning to feel that we may conceivably rip this horrible Globalist monkey off our backs. There are actually people out there who are deciding not to commit suicide because of the truckers.

Who better to give us a bead on what’s happening in Canada than Amazing Polly – who’s not only Amazing – she’s Canadian.

She says here, “There’s lots to laugh about, it brings tears of joy to your eyes but for today, I have to concentrate on the seriousness, because I believe we’re at a very, very serious moment…

“It happened by stealth. It’s Globalism. It’s Klaus Schwab and the World Economic Forum, with his…countless underground groups that have been particularly groomed and put into positions in the media, in city halls, in bureaucracies – they’re not out front. You would never recognize these people but then, you start looking at them and they’re part of the World Economic Forum. The Color Revolution already happened. All of these people already did it.