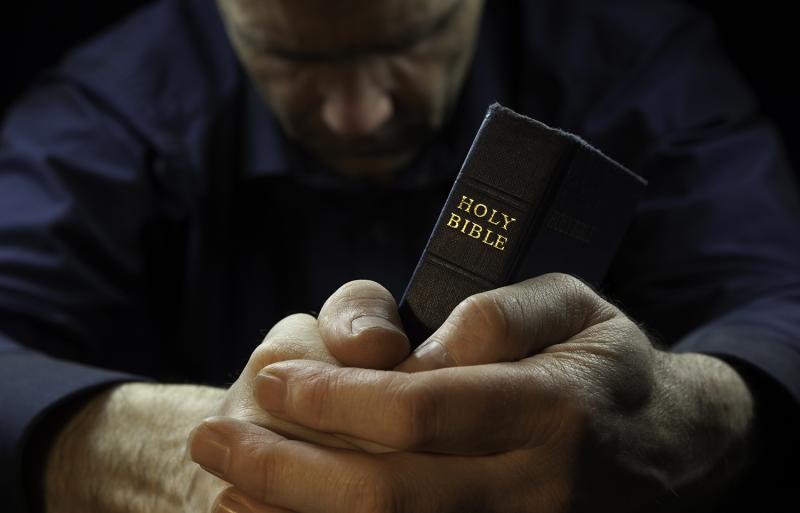 It is happening by the way of newscasts.  The distorted biased reporting that is rampant in secular newspapers and mainstream media bows to the liberal narrative.  Truth is irrelevant as long as the goals are advanced.  And if the actual truth doesn’t meet the narrative, well then “it’s just not newsworthy.”

Deception is happening in education.  The true history of Columbus, the pilgrims, the founding of our nation, Washington, Jefferson, Madison, Lincoln and others are being destroyed to promote a new political correctness.  Statues have been torn down and replaced as new accounts and storylines are created that never did happen.  While schools will boldly say “Critical race theory is not taught here,” they have just changed the wrapper with a new label while the destructive instruction brainwashes our children.  Children are taught that boys can be girls and girls can be boys or you can be neither.  Some teachers allow children to change their gender identification and pronouns during the school day only to revert to their correct biological gender when they return home so parents won’t find out.

Definitions are creatively changed in dictionaries in order to deceive the public.  “Sex” now means “sexual orientation” and/or “gender identity.”  Marriage has been re-defined.  Now even the word “woman” is up for debate and re-defined as wordmeisters continue to fool and confuse a gullible population.

Deception runs rampant in the entertainment industry as actors and actresses lead double lives to convey their messages. While they despise the Second Amendment in their statements they make movies with glorified violence and killings but are sure their bodyguards are ever present and fully armed to offer protection.

Politics is filled with deception as many politicians are masking their true identity in order to obtain your vote.  Then after getting into office they deceptively name legislation such as “Affordable Care Act,” “Respect for Marriage Act,” and “Inflation Reduction Act” thinking their clever title will mask the poison contained inside.  Standing for morality is becoming a relic of the past, after all “this is the 21st century you know.”

Elites from within the United Nations to the World Economic Forum to the White House are warning that global climate change will soon destroy the planet.  We’re told it is an existential threat to our nation.  We’re told there are but years left before great catastrophes occur swallowing up our planet.  We’re warned this will produce drought and famine across the land, while they themselves along with their operatives are buying large swaths of farmland in order to not plant crops and banning fertilizers to grow the food.  And what about all those mysterious fires at food processing plants, animals farms, and fertilizer plants?

Most concerning is the deception running rampant in religious denominations and religious circles.  The portrayal of “love of God” is expressed while His Word is denied.  Pulpits have decried the reversal of Roe v. Wade even going so far as to say we should treat abortion like eschatology where there are many different views.  Other pulpits have brought in drag queens for performances during services or religious ceremonies under the guise of “tolerance.” Yet others refuse to proclaim sound Biblical doctrine because after all “doctrine divides” and will keep us from getting large numbers to come through our doors.  Know this: there are many “professors” of the faith but far fewer “possessors.”  One day the wheat will be separated from the chaff.

Yes, rampant deception abounds on many levels and it’s going to get far worse!

Christian believers should not be surprised by this growing deception.  The Apostle Paul warned Timothy about the last days.  He said, “perilous times shall come” and he warned as recorded in II Timothy 3:13, “But evil men and seducers shall wax worse and worse, deceiving, and being deceived.” In John’s second epistle he warns in verse 7, “For many deceivers are entered into the world, who confess not that Jesus Christ is come in the flesh. This is a deceiver and an antichrist.”  John also warned in his first epistle, “many false prophets are gone out into the world.” (I John 4:1).

Where does this all stem from?  Satan himself is a deceiver. In John 8:44 it refers to the devil as being the father of lies.  Revelation 20:3 informs that Satan is a deceiver of nations.  And, in II Corinthians 4:4 the reason why he is doing this becomes evident, “In whom the god of this world hath blinded the minds of them which believe not, lest the light of the glorious gospel of Christ, who is the image of God, should shine unto them.”  The lure of deception is used to draw many people in.  “For such are false apostles, deceitful workers, transforming themselves into the apostles of Christ.  And no marvel; for Satan himself is transformed into an angel of light.” (II Corinthians 11:13-14)  God’s Word makes it very clear that Satan will be cast into the lake of fire.  Those swallowing and promoting this spiritual deception will join him there.

This mounting deception across the globe is like a dense fog that grows thicker and thicker as the days pass by.

How critical it is in such a time as this to turn to the truth.  Truth is found in God’s Word.  Truth cannot be compromised.  Let truth be the standard to govern your life.  As Jesus said, “Sanctify them through thy truth: thy word is truth.” (John 17:17).