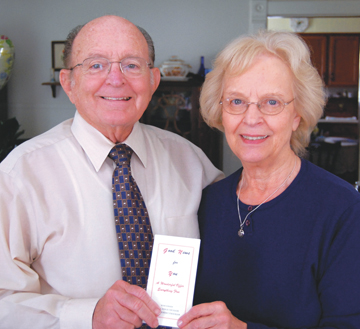 It was the late 1930s. In Europe, World War II was looming on the horizon. Here in the States, Lou Gehrig was just diagnosed with Amyotrophic Lateral Sclerosis, bringing his career with the New York Yankees to an end. Rudolph the Red-Nosed Reindeer was first introduced to the world by the Montgomery Ward Company. And in Platteville, Wisconsin, a man named J. Lloyd Hunter began leading a program to encourage boys and girls to memorize Bible verses.

Similar programs were also underway across the Midwest, encouraging children to memorize Scripture. But it was Hunter who came up with the idea for a formal program: Kids would memorize Bible verses and earn their way to a free week at Bible camp.

He named the new ministry Rural Bible Crusade, and with a desire to reach country children from a central location, he moved RBC to Marshfield, Wisconsin - the exact geographic center of the state - in about 1940.

This was well before the beginnings of Child Evangelism Fellowship or AWANA clubs, and the RBC ministers found an open door to present the program in churches of every denomination. From there, opportunities arose to take the program to one-room rural schoolhouses across the Wisconsin countryside. Thus the Rural Bible Crusade program was introduced to literally hundreds of boys and girls all across the state.

In the mid-1940s, the Lord led Mae Heller to be the director of RBC. Mae was a graduate of Moody Bible Institute and was als ...