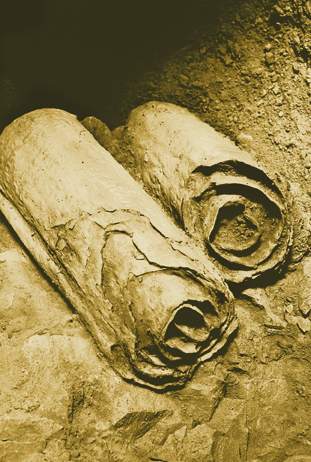 Dead Sea Scrolls and the Bible: Ancient Artifacts, Timeless Treasures brings together archaeological objects and manuscripts to tell a story 2,000 years in the making. Witness actual Dead Sea Scrolls and other early biblical artifacts to learn how transmission of these early writings has shaped the Christian faith.

The largest temporary exhibit ever produced by the Milwaukee Public Museum, Dead Sea Scrolls and the Bible explores the archaeological history of the Holy Land during the period the Scrolls were written, from the third century BC through the first century AD.

The exhibit also tracks the discovery of the first Scrolls in the 1940s, the realization of their extraordinary significance and subsequent excavation. Actual Dead Sea Scrolls, including a fragment of the unique Copper Scroll, will be exhibited alongside the only known scroll-type manuscript on stone, the recently discovered Jeselsohn Stone - Gabriels Revelation, and a full-size reproduction of the 23-foot long Great Isaiah Scroll, one of the earliest and most complete scrolls found.

In addition to examples of Dead Sea Scrol ...