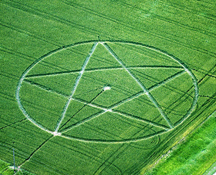 It didnt take Dorothy long to figure out that she had landed in a peculiar and potentially dangerous place called Oz. And what Dorothy wanted, more than anything else, was to get back to her home in Kansas. But to get back to Kansas would require a journey to the Emerald City and an audience with the Great Oz, who was the only one with the power to fulfill her desire.

But hers would be no ordinary journey. Dorothy would have to pass through the countryside where there were lions, tigers and bears and, worse yet, the wicked witch of the west.

You and I are on a journey, too. Our goal is to arrive safely in heaven with our Great King Jesus. But just like Dorothy, we, too, must travel through a countryside that is fraught with dangers, and is ruled by the enemy of us and our King. His name is Satan, and his influences can be found everywhere.

Much of Satans effort to create difficulties for us along the way is obvious. We call it temptation and sin. But often times his maneuvers are subtle, and require more discernment because he uses the good things in life and perverts and counterfeits them. Two of those very dangerous perversions and counterfeits are found in the Harry Potter books and movies, and the Twilight book series and the subsequent movies.

Although Harry Potter is portrayed as the good guy in J.K. Rawlings books, this literature is dangerous because wizardry is a form of witchcraft, which God says is an abomination to Him. (In ...