The Trouble with Twilight: Why Todays Vampire Craze is Hazardous to Your Health 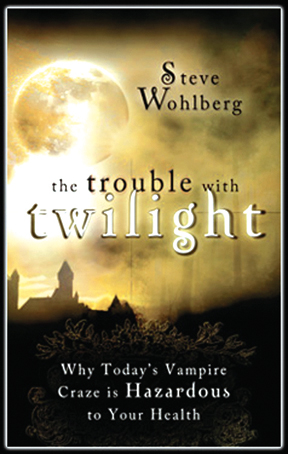 Im the worlds most dangerous predator. Everything about me invites you in. My voice, my face, even my smell Im designed to kill I wanted to kill you. Ive never wanted a humans blood so much in my life Your scent, its like a drug to me. Youre like my own personal brand of heroin.

So says the handsome vampire, Edward Cullen, to his star-struck 17-year-old lover, Bella Swan, in the hit Twilight series now the rage of teenagers the world over. New Moon, the second film in the series, struck theaters November 20, 2009 generating nearly $140 million in one weekend. Then came Eclipse on June 30, 2010 sucking in over $68 million in one day. Breaking Dawn is next. While many Christians have never even heard of The Twilight Saga, this blockbuster sequence of vampire romances is now bigger than Harry Potter.

It all started one dark night - June 1, 2003 to be exact - when a virtually unknown Arizona stay-at-home mom named Stephenie Meyer had a strange dream. On her official website, Meyer testifies,

I woke up (on that June 2nd) from a very vivid dream. In my dream, two people were having an intense conversation in a meadow in the woods. One of these people was just your average girl. The other person was fantastically beautiful, sparkly, and a vampire. They were discussing the difficulties inherent in the facts that A) they were falling in love with each other while B) the vampire was particularly attracted to the scent of her blood, and was having a diffi ...