The Truth About Planned Parenthood 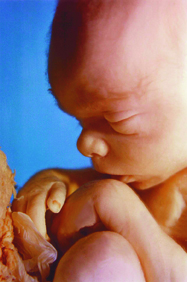 For you created my inmost being; you knit me together in my mothers womb. I praise you because I am fearfully and wonderfully made; your works are wonderful... My frame was not hidden from you when I was made in the secret place, when I was woven together in the depths of the earth. Your eyes saw my unformed body; all the days ordained for me were written in your book before one of them came to be. (Psalm 139:13-16).

With the battle over our national budget in Washington, more politicians and American citizens are taking sides on the issue of Federal funding to Planned Parenthood. They are the largest abortion provider in the country, receiving $363 Million of our tax dollars annually. Lets talk dollars and cents first. If you think we need to be good stewards of our money, shouldnt there be more of an outrage that every year, hundreds of millions of our money go to help abort babies and terminate life in the womb? Make no mistake, abortion is big business. The average cost of an abortion is $468 and Planned Parenthood averages 332,000 abortions a year. Approximately 40% of their annual income is from abortions totaling $155,506,104. And here we are in 2011 still fighting to de-fund Planned Parenthood.

Equally as concerning is the possibility that we are becoming desensitized about what God considers life. I personally refuse to accept the changing terminology that liberals use to sugar coat a brutal procedure. Abortion kills a living human being, perio ...