A Fair Response to the Fair 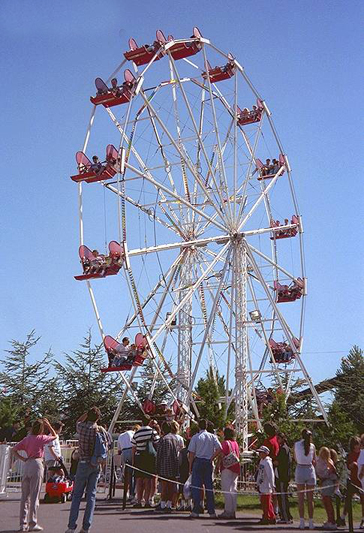 Mary Weigand (West Bend) has been sponsoring Whats the Evidence? booths at a number of county fairs in Wisconsin for the past few years, conveying challenges to evolution as well as evidence for creation. I have occasionally had the pleasure of assisting her in the booths, answering questions from those who stop by.

Recently, she submitted a letter to the West Bend Daily News which evoked a response from a reader, generally implying that she was making a big deal out of nothing because he feels there is no conflict between evolution and God (or the Bible). In this months column I will be commenting on a few specific statements that were made in the respondents letter to shed some much needed light on this very interesting matter.

We must first define evolution because a lot of confusion has arisen over misunderstanding terms. Since the word evolution is used in many different ways, I want to make it clear that when I use this term I am referring to the belief that all life on Earth has descended from a single common ancestor which itself arose from non-living chemicals. Stated another way molecules-to-man evolution. This is in stark contrast to mere change which we see all the time, but isnt the right kind of change required by any molecules-to-man scenario. In this short column, we will only have time to briefly touch on a few statements, although volumes could and have been written on this subject.