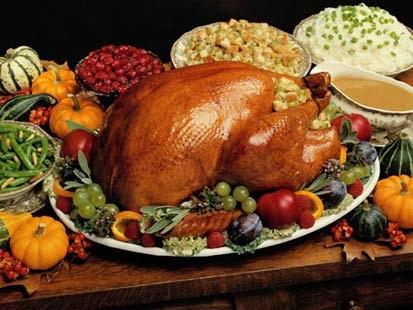 The truck just dropped off the 30 or 40 cases of frozen turkeys I ordered for Thanksgiving, 1977.  I didn’t pay much attention to the pile of boxes until we sorted them out by size.
We operated Olson Brothers Food Mart back then, and featured the best turkeys (Jerome’s) from Barron, Wisconsin.  Most of the turkeys we sold were twelve to sixteen pounds.  But to my surprise, there were four 25-pound turkeys that I hadn’t ordered.  The biggest I ordered was 22 pounds and that is one big turkey!
“No big deal,” I thought.  I had no idea where that extra 12 pounds of turkey would take me, along with my beautiful wife, Grace, and our four kids.
With Thanksgiving over, we always had turkeys left over to sell at Christmas time.  This particular year, we also had these four 25-pound turkeys that no one wanted.
I’m a born-again believer, and have tried, but sometimes failed, to be obedient to the Holy Spirit.  I recognized this situation as a clear call to donate those four turkeys to Pacific Garden Mission in Chicago.  Even though I lived 500 miles away in ‘God’s Country,’ Northern Wisconsin, donating these turkeys turned out to be an easy task.  My daughter, Jody, had just started Bible School in Hammon, Indiana, and she needed me to pick her up for Christmas break.
...