Rasmussen Poll: 33% of Americans Believe It Is Time for the States to Openly Defy the Federal Judiciary 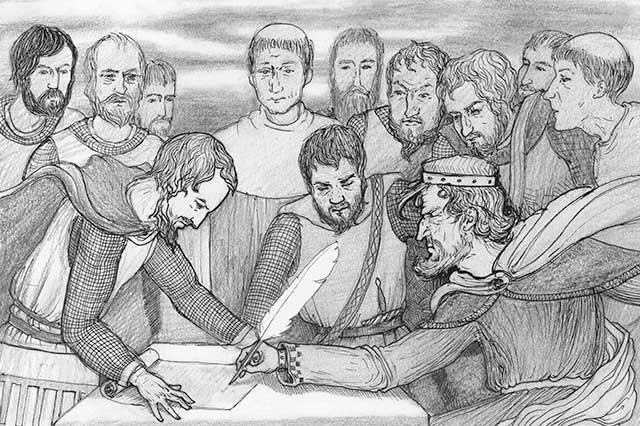 A Rasmussen poll conducted in July of this year found that 33% of Americans now believe it is time for the states to openly defy the federal judiciary -- that was a nine percent increase from its previous polling just four months earlier.
The reason for such a huge number of Americans holding this view is because the federal judiciary continues to behave lawlessly. The latest opinions on Obamacare and homosexual marriage have fueled the fire of discontent. When such injustice and immorality can be decreed to be just and moral by the mere whims of a court’s opinion -- the credibility of the court is destroyed.
And men understand and realize such tyrannical acts must be resisted.
Judicial Supremacy v.
Constitutional Supremacy
The federal judiciary has long built this fiction that they are the sole and final arbiter of what is constitutional or unconstitutional. They base this upon the Supremacy Clause which is Article 6, paragraph 2 of the U. S. Constitution. They claim that Article 6, paragraph 2 grants the Supreme Court supremacy to determine whether laws are constitutional or unconstitutional.
Funny thing is, when one actually takes time to read Article 6, paragraph 2, they realize that the Supreme Court isn’t even mentioned. In fact, federal courts aren’t even mentioned. What is mentioned -- and is declared to have supremacy -- is the U. S ...