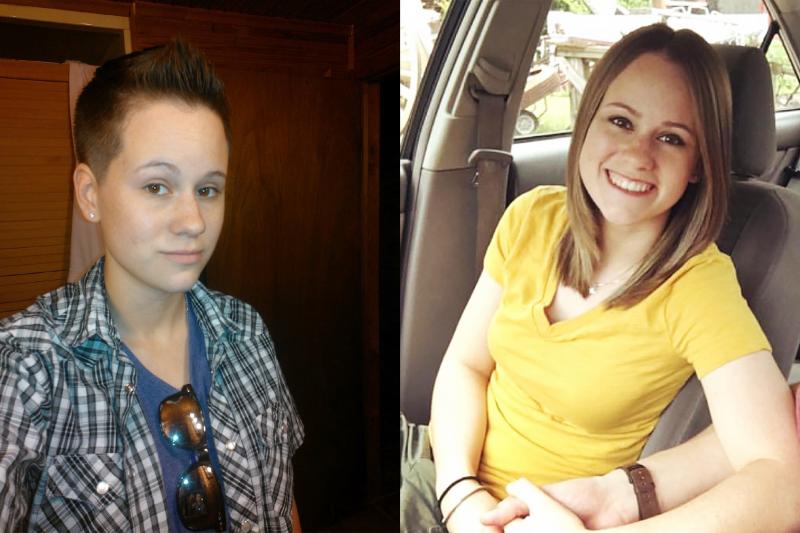 Complimentary Story
Before I became a Christian, my life was very different from the one I’m living today. God definitely had His hand on my life and the paths I went down.
I was always a very rebellious kid. I partied a lot; I acted out in school and towards my family.
When I was fifteen, I started dating girls. This involved me sneaking around a lot and getting into all kinds of other trouble. I lived the homosexual lifestyle almost exclusively until I was 22, all the while still rebelling against most types of authority.
I remember my grandmother watching Jeff Schreve on TV Sunday mornings, and I’d hear him preach. I would bash him for being outspoken on the major parts of my life at the time.
I didn’t believe a word of what he said when it came to anything beyond the historical account of Jesus. I could’ve articulated that “Jesus died for my sins,” but had no idea how that applied practically. I remember hearing the message of the cross time and time again but had no understanding or desire for understanding anymore than what I considered was enough to be saved.
Looking back, I see how God placed many people in my life, in addition to my family, to help direct and share the truth with me about Him and His design. But I consistently rejected all of it, and instead, I allowed my feelings to guide the decisions I made.
Then, some women at the place where I work started up a Bible study and my aunt invited me to go with her. I didn’t want to make her go back and tell them I’d turned her down, so I agreed to participate. I told myself initially, that the second anyone said a word about my lifestyle, I’d quit going. No one ever said a word.
I was only into the second week of the study when at night, just before falling asleep, I’d catch myself questioning my decisions and the choices I was making. It was almost like I had to convince myself that I was doing the right thing, by living the way I was.
We were reading a book about the attributes of God. I was at home by myself reading, and the book was talking about picking and choosing parts of different religions and combining them as your own. I realized that’s essentially what I was doing; and the only thing that separated me from being a buddhist or an atheist was that I professed Christianity. I obeyed the Bible when it suited me, and I didn’t when it didn’t. It wasn’t my guide or my truth or the light to my path; Christianity was what I proclaimed because I grew up in Texas and assumed that because I prayed occasionally, I was His.
It was like being hit with a lightening bolt. I realized that I was ruining my life. I searched for verses on homosexuality. I’d read them a hundred times and argued and twisted them anytime I’d heard them before, but suddenly I couldn’t. They were black and white, and I couldn’t bend them anymore. I knew then, I was going to leave my room either a Christian, fully surrendered to God because that’s what He calls us to do, or an atheist who refused the God of the Bible.
I felt grateful, and I felt awful. I clung to Him. I believed Him, and although I had ignored Him and lived foolishly for the first 22 years of my life, He had brought me to this point. He showed me mercy when I deserved justice. Nothing has been the same since.
Of course, that wasn’t the only sin in my life. It was just the most obvious manifestation of an unsurrendered life.
God has carried me a long way since that day. He’s gently, but effectively, shown me more areas of my life that I need to give to Him. My pride, for example, is something I battle daily.
God’s given me a heart for Him and His Word and His people. Currently, I’m going to school to be a Biblical Counselor, so that I can reach as many people as He places in my path. I want to speak truth on some of the tougher issues we’re facing today.
He’s also given me the desire to be a godly wife and one day, Lord willing, a mother. I got married April 9th to the most godly man I’ve ever known. Together we’ve been able to present the gospel and serve and teach others. I never foresaw the life I have today. It’s something far greater than I could’ve ever imagined. I am forever grateful for the mercy He’s shown me in pulling me off of that path and putting me on His instead. He showed me His truth, and it’s better. God is bigger, and He is better than any sinful behavior. He is enough.

PHOTO CAPTION:
“I came across this today and had to do a double take. She doesn’t even look like me. Her eyes look hollow. She’s dressed in a way that downplays the woman God made her to be. The girl on the left had no hope in the world. She was lost and lived only for herself. You couldn’t have told her that though; she was getting high everyday, sleeping around with various women, and living like there was no God, all while claiming to know Him. She was living ‘the life’ and she was a heartbeat away from the punishment due her for that life. The girl on the left was dead in her sins and trespasses. She couldn’t not sin because it’s all she knew and all her heart wanted. She could acknowledge there was a God and even claimed to read some of the Bible, but she had no desire to obey it. Sin had her blinded to her need for forgiveness. Thanks be to God for His salvation!  Praise Him, for He opens our eyes and allows us to see the mire that we’re wallowing in when He saves us. Thanks be to God that He gives us His Spirit and causes us to walk in His statutes. I didn’t know I needed to be saved.  I never foresaw that God would’ve given me the lot He prepared for me before the foundations of the world.  Glory to God that it depends not on the will of man but on God when it comes to saving us.  I would’ve never chosen Him had He not chosen me.”