Teen’s Life Forever Changed, When She Stepped Outside the Four Walls 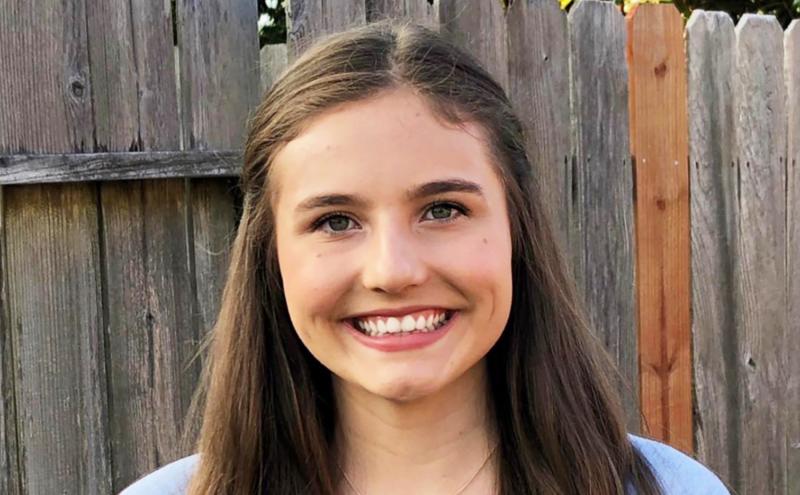 Complimentary Story
I grew up in in the church, without knowing anything else.  I went to church on Sundays, sang a few songs, listened to the pastor preach, and went home. This cycle continued for 15 years of my life.  No questions asked.

I didn’t know then that I wasn’t being offended but convicted.  My mom continued to share more of Coach’s programs with me, and the more I watched, the less crazy I thought he was. Coach Dave talked about the fight against abortion and what people are doing to try to protect the unborn.

At age 15, I had never heard of people who stood outside abortion mills to plead for the lives of innocent children, but the moment I heard of it, I was commanded by God to do so myself. (Proverbs 24:11).   I knew I had to change. I repented for my hypocrisy, lack of action, and being lukewarm.

About one year before, the Lord opened my eyes to the holocaust we allow in our country.  I prayed to the Father that I would put my full faith and trust in Him and I wanted His will to be done in my life.  I believe God took that year to prepare my heart for what He was going to reveal to me. Even though I had gone  to church my whole life, I didn’t know much about the Word of God.  I tried to read it before but would lose interest quickly.

It wasn’t until the Lord opened my eyes to all the untruths that I had believed that I had a desire to learn more about Jesus and what He expects of His followers.

The next few months of my life, I spent growing closer to the Lord and watching videos of abolitionists engaging in conversations with men and women going into clinics.

I was attending public school, and when the fall semester of my Junior year was coming to an end, the Lord put it on my heart that being homeschooled and finishing high school earlier would not only improve my education but also increase the time I could spend in protecting the unborn.

Before January of 2018 came, I enrolled in a Christian homeschooling program.  After discussing going out to the abortion clinic for a couple of months, my mom and I agreed that we were ready. We were both nervous to go out for the first time,  not knowing what to expect, but we knew our discomfort pales in comparison to the pain and injustice babies were being put through being brutally murdered, and torn limb by limb in their mothers’ wombs.

When my mom and I first arrived at the abortion clinic, the good Lord took over.  We counseled the men and women to stop them from murdering their children. We stood on the Word of God, explaining to them that they are babies in the womb, and they are not a “blob of cells.”  That they are human beings from conception, who have the right to live.

Some listen, and some do not have ears to hear and continue to harden their heart; but from our obedience, God blesses us with the strength to plant, water, and harvest in the lives of many.

The Lord has refined my mom and me to be more effective. No matter how many videos you watch of people at the mills or how well you know the Word of God, it is not until you put your faith into action that you can truly grow closer to the Lord.

I have been taking my faith to the streets for a little under a year now, so I understand there are many areas I need to grow in to be more equipped.  I realize the only way to do that is by allowing the Holy Spirit to continue to take me out of my comfort zone.

A few years ago, I was the type of Christian with a shallow understanding of God and the gospel, so I can relate to all those who have remained silent. Proverbs 24:12 says, “If thou sayest, Behold, we knew it not; doth not he that pondereth the heart consider it?  And he that keepeth thy soul, doth not He know it?  And shall not He render to every man according to his works?”

We all know thousands of babies are murdered. If you are someone who has chosen to pretend that nothing is going on, the Lord knows your heart; you cannot lie to Almighty God, you will have to answer to Him. God resists the proud and gives grace to the humble. I had to humble myself and acknowledge my wickedness in letting over 3,000 babies be put to death every day in America and not do anything about it.

A few weeks ago, I went and spoke with the pastor at my Church; I asked why the church has remained silent regarding abortion. He stated that he didn’t want to “offend anyone” by speaking out against abortion in the church and he would never go outside the church to share the gospel to strangers or protect innocent children because in his eyes, offending someone is far worse than souls in hell and babies murdered.

It took me being offended to get out of my lukewarm ways. I hope someone’s feelings got hurt or someone felt uncomfortable by reading this — because by the time you have finished reading, eight babies have been slaughtered.  Christians are called to stand up for the least of these.  You need to decide which side you are on and if you are going to answer the call.