The Meanings Behind and Beyond the Symbols 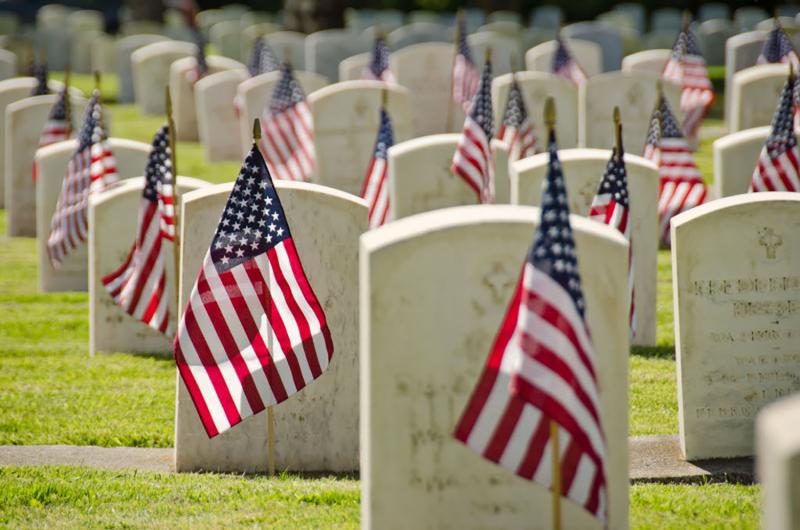 Complimentary Story
Enter any small town in every state in America and you will observe the United States flag raised high for every eye to behold; the Cross is elevated as a beacon upon every Christian Church for all to see. These symbols sound-out our history loud and clear, and it is a requisite to uphold and embrace them today as in the past! Symbols direct and keep our minds focused upon the Source in which they signify or manifest, i.e. “God and Country.”

The interaction of these two symbols are harmonious to our great national beliefs and way of America’s standard of life. The facts that these symbols represent counter-balance each other and proclaim liberty and justice. The Flag and the Cross are symbols of stability, of permanence and of unity. These symbols are a fixed Charter setting forth the fundamental principles of those who believe in them. These two symbols are channels of organized process and progress. They promote adhesion and pledge of allegiance to  a cause higher and above and beyond oneself. When we observe them we are involved in something that is a power and force that protects everyone united under their banners. Man is ever enlightened by the continuous meanings discovered behind and beyond the symbols. New truths are forever being portrayed and disclosed by the mysteries  and powers wielded by the circumstances of this union of like minds in their endeavors.

There is a faith within the symbols that is bondable and pledge-keeping. e.g. “We mutually pledge to each other our lives, our fortunes, and our sacred honor.”  (Declaration of Independence).

Respect and knowledge of the Flag and the Cross have a way of guiding the heart and therein the nation. Morals, rights, liberties and freedoms are advocated under or within these symbols. Symbols vividly recall what they signify, and all governments give prominence to them. On June 14th, 1777 Congress adopted the Stars and Stripes as the National Emblem of the United States of America. The flag is a banner of distinction of our sovereign nation. It is displayed as our standard or symbol. Those who patronize our enemies and reject our American standards and values are enemies of what we hold sacred.

When we look upon the flag rippling in the wind, we have pride in our country with all its endearments. We recognize and acknowledge the image of what it stands for. It’s symbol has a beauty for all Americans beyond all other ensigns. Its highest beauty is in what it symbolizes. Every part has a voice. It’s stripes of alternate red and white proclaim the original union of thirteen states to maintain the Declaration of Independence. It’s stars of white on a field of blue proclaim that union states our national constellation, which receives a new star with every new state. The two together signify union —  past and present. The very colors have a language which was officially recognized by our fathers. White is for purity, red for valor, blue the color of heaven, for reverence to God, loyalty, sincerity, justice and truth.  All together, bunting, stripes, stars and colors, blazing in the sky — makes the flag of our country to be cherished by all our hearts, to be upheld by all our hands. The United States’ flag is unique in the deep and noble significance of its message to the entire world. A message of national independence, liberty, of idealism, of patriotism. The flag stands as a symbol of victory.

We Pledge Allegiance to the Flag of the United States of America. The flag stands as a living symbol or emblem of America; and so like the Cross, we highly esteem both, but we worship neither. That would be adultery.

The emblem of the Cross is in a similitude like the United States flag. The flag is saluted because it stands for our country. Patriots lived and died to give us the freedom we now have and cherish. The emblem of the cross reflects that Christ died to give us life and make us free. The flag is a symbol of our Nation and proclaims religious liberty. A representation of the cross is a symbol of the crucifixion of Jesus Christ. A symbol of Christianity.

The cross was the cruel weapon on which Jesus Christ suffered and died as quoted in a great hymn “The Old Rugged Cross, an emblem of suffering and shame.”  It was a sign of suffering; an object of His suffering; it was the weapon inflicting His death!  Jesus rose and had victory over death and the cross. He is now our strength and source of life. We go to HIM — not the object. The Cross and Christ are separate entities. It is an historical symbol centered in the work of Jesus Christ (1 Corinthians 15:3-4). The Cross is an inanimate object. Christ is the sacrifice not the cross. In the Old Testament, the lamb was the sacrifice — the altar was the object with no power. The Cross is the banner which should point us to Christ.  Jesus is the Redeemer who paid the sin penalty for fallen man.  The cross did not pay it. (Philippians 3:14).

The cross was adopted early in history as a symbol of Christian faith. It was carried by legions of Christian warriors and placed in churches, cemeteries and other places as a symbol of loyalty to Jesus Christ and His cause.  The cross is still a sign of of distinction and is seen in Christian print, architecture and worship. Walk through American cemeteries and you will notice the symbol of the cross on tombstones, small white wooden crosses are symbols of “The living hope they had in the Risen, Living Lord who promised them that death is not the end, but that life continues on.” (1 Peter 1:3).  Christ’s death and resurrection are the two main hinges on which the door of salvation turns and therefore it is natural that we should glory in the symbol of the Cross.

Thousands of American soldiers lay in military cemeteries over in Europe under little white crosses with the American flag waving over them. These white crosses are emblematic of Christ and the Stars and stripes are the banner they fought and died for. The white crosses and the American flag are there as symbols that represent the God and Country these brave men lived and died for.  The Cross is a symbol of Hope based on Christ and His promises.  “I am the resurrection and the Life.  As I live so shall ye.”  When we read history we find that it was the Cross that was the first standard or symbol placed upon American soil when it was discovered by Christian men. The inference remains today by our allegiance to Christ of America being called: “One Nation under God.”

General George Washington told the American soldiers on the very day of the signing of the Declaration of Independence: “We have a new duty and responsibility to live as Christians for the good of our country.” When he was President, he put Christian Chaplains in all the military.

We fast forward to another era and another war and another great general who believed in God and country. Eisenhower, while serving our sovereignty said: “I’m glad we are a God fearing, Bible-believing nation, especially during this war.”  When he was President, he had Congress add “Under God” in our pledge of allegiance to our flag.

Of all the symbols, outside of the Cross, there is none so full of meaning as the flag of the United States. It is a symbol of our great country. Everyone is united under the flag because it stands for our country. The flag is our national anthem: “The Star Spangled Banner.”  It is a tribute to all Americans as a  symbol of liberty. The flag still waves over this land of the free and home of the brave.

Veterans who have passed on are not forgotten.  All their tombstones have the cross upon them and the United States flag proudly waves in all our cemeteries. They are honored by these symbols and by them we are ever reminded that they did not die in vain!

The Knights of Templar, during the Christian Crusades, wore the symbol of the Cross on their clothing, trusting in the Living Lord Jesus Christ to protect and give them victory against the Muslims. The Cross was not a symbol of the crescent for a Muslim deity, or for a Muslim land. The Cross was for our Lord Jesus Christ and our land. Our founders came to America to be free, spread the Name of Jesus Christ and to flee persecution. At the very time our forefathers were landing on our shores, Mohammed was spreading throughout the East, conquering Christian land, persecuting and killing Christians and destroying Christian churches and replacing the cross with their crescent.

These barbarian Muslims thirsted for Christian blood and profaned Christian holy places, using their nefarious endeavors to sweep away the Name of Jesus Christ Our Lord from off the face of the earth.

In 1860 occurred a dreadful massacre of Christians in Damascus, by Mohamedians, in which it is said no less than three thousand adult males were slaughtered and an equal number of females were reduced to slavery. This dreadful act of fanatical savagery was never punished and the city remains in possession of these murders. They still boast today, by killing Christians and Jews, that they will be rewarded in paradise with more women to be their slaves. Is slavery what women want? Would God sanction such an evil thing?

The Muslim axis of evil has not slackened it’s design to conquer and enslave humanity in its grip.  Many are under the false delusion that the Muslim god is the same God as that of the Christian. Their Koran emphatically denies this, (Sura 109: 3-7) and so does our Christian Bible. (Acts 4:12, John 14:6).  The Founder of Christianity is Jesus Christ Our Lord, and they deny Him.

It is an historical fact that Mohamend died and is dead. The other historical fact is that Jesus Christ died, rose and is our Risen Living Lord today.  You can visit the grave where Mohammed lies dead, but Jesus’ grave is empty.  It is as the angels at His tomb said, “He is not here, He is risen.”  Prove it for yourself — look inside the tomb!  Lift the banner of the Cross to the Living God who is able to save to the uttermost, and pledge your allegiance to the U.S. flag.