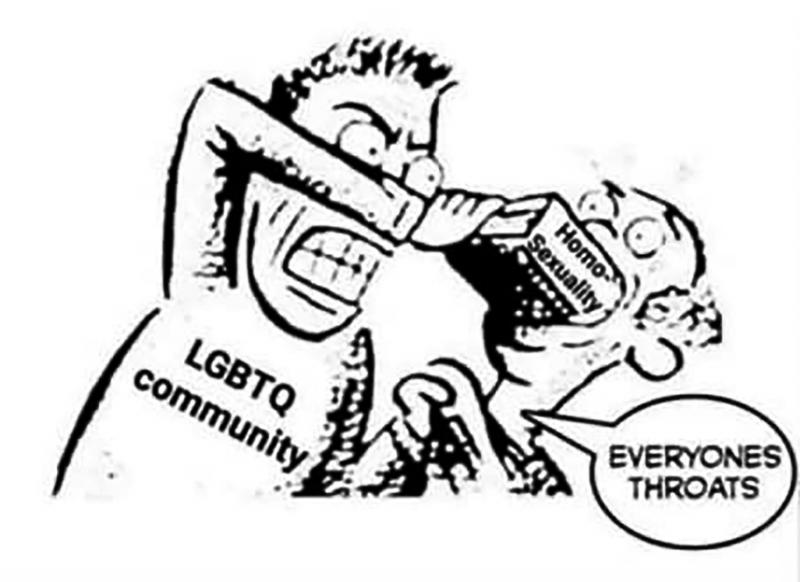 Complimentary Story
How much do those pushing the LGBTQ agenda want? How much do we give them before they say, “it’s enough?”  The answers are everything, and it’s never enough.

That is the reality. And almost every day that reality is proven true.  For years, our organization has been trying to tell people that those pushing the agenda to normalize, champion, and fully accept the lesbian, gay, bisexual, transgender and questioning lifestyles and so-called “orientations,” will stop at nothing.

They said, “if we just have marriage between people of the same sex, that will be all we want.” We said then and I say it now, that was a lie from the beginning, but so many people bought that lie. Shortly after the US Supreme Court forced so-called “same-sex marriage” on the entire country, lawsuits were filed against business owners and creative professionals who politely declined to design wedding cakes, to provide flowers, to take photos, to create invitations, to rent their private wedding venues and so on for same-sex “weddings.”  Having legalized and officially recognized marriage wasn’t enough. They wanted, and continue to want, all dissenters silenced and punished.

On the transgender side, what we’ve heard is “just call us by the names and pronouns we want and let us use the restrooms, locker rooms and changing rooms that we want, and we will be happy and stop pushing for more.” Another lie.  Now we have men claiming to be women demanding that they participate on women’s athletic teams and in women’s athletic competitions.  We have teachers in public schools whose jobs are being threatened for calling a biological boy by a girl’s name and using distinctly female pronouns violates their conscience and maybe even their “religious” beliefs.

Trust me…those pushing this agenda will push it until we are swallowed up in it and until the next generation has no concept of reality and truth and have completely lost their way.

One of the best proofs of this is what’s going on in the Madison Metropolitan School District. And, please, do not ignore this. Just because it’s in Madison does not mean it’s not in your community in some way or won’t be coming to your community soon.

Madison schools, a couple of years ago, adopted and posted on their website “Guidance and Policies to Support Transgender, Non-binary & Gender-Expansive Students.” A close examination of this policy that grants special rights and protections to a small group of students, reveals that it violates parents’ rights. Recently, Wisconsin Institute for Law & Liberty brought a lawsuit over this policy on behalf of 14 individual parents from 8 families with students in Madison schools. The challenged Madison policies enable children, of any age, to change their gender identity at school without parental notice or consent and instruct district employees to conceal and even deceive parents about the “gender identity” their son or daughter has adopted at school. These policies violate critical constitutionally recognized parental rights.  Always pushing. Never enough. Now we keep parents in the dark.

In addition, last spring a very male Madison elementary teacher received permission to record a video of his “coming out,” so to speak, as a woman. The video was shown to the entire school, from kindergarten through fifth grade. This teacher explained to the children that he was no longer “Mr…” and asked them to call him “Mx,” because some days he was a woman and some days he was a man. Now we have full-on indoctrination and brainwashing of elementary students.

But even this video wasn’t enough for this man. He now is saying that he should be able to use the students’ restrooms — the girls’ restrooms, not required to use the single-user facility provided for faculty and staff.  Think about that. Here is a full-grown man who may be dressing up like a woman — or may not be — using the restroom with 5-year-old girls. This is beyond unacceptable.  The Madison Teachers’ Union is supporting this teacher, demanding that he be able to use whatever restroom he wants.  I repeat — it’s never enough.  No matter how much we give these folks, it will never be enough. They will push until being transgender is more acceptable than being distinctly male or distinctly female.

We haven’t even mentioned the North American Man-Boy Love Association, or NAMBLA, which used to talk in terms of lowering the age-of-consent laws and now pushes for eliminating them entirely. It’s never enough.

Ultimately all of this is direct rebellion against our Creator God, Who will one day say, “That’s enough.” In the meantime, may God give us wisdom to protect and guide our families through this “never enough” era.