An Attack On The Sovereignty of The States 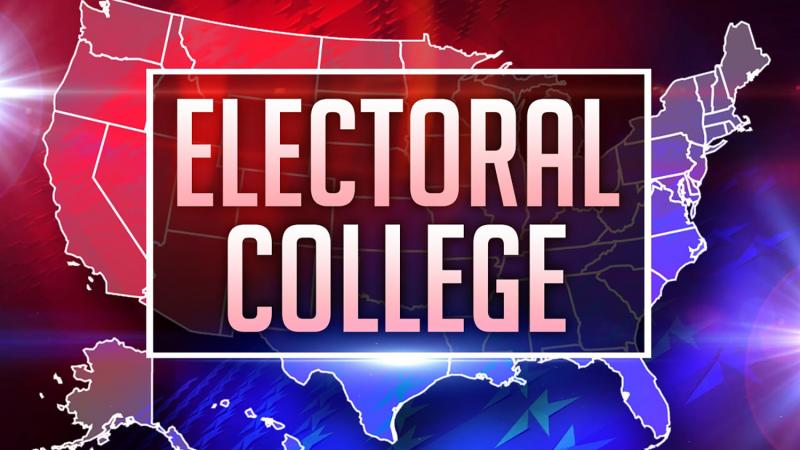 Complimentary Story
It seems like our freedoms are under constant attack these days. The cultural and political divides that separate us, once making us a diverse and unique people now threaten to divide us further in a number of issues.

As we have seen in recent months there is a move to destroy the sovereignty of the States by abolishing the electoral college. There is once again a push to undermine the electoral college, and even to abolish it outright by political pundants and lobbyists who wish to destroy the nation in which we live. Many states are moving, and attempting to move to give their electoral votes to the national popular vote winner, thus destroying the sovereignty of the States, and undermining who we are as a Nation. We are a Nation of different States, each with different goals and values. The media and the radical left is working overtime through lies, misinformation, propaganda and indoctrination to deceive the American people into believing the lie that the popular vote winner should be the President. This, of course, is because the States where the Radical Left maintains its greatest hold on power just happen to be States with large populations.

The electoral college was established by our founding fathers as a compromise between having our President picked by popular vote or by the senate. This was done to protect the rights of smaller states. The Electoral College prevents states which have high populations, such as California and New York, from picking the President by popular vote. If our President were chosen based on a national popular vote, that would essentially make the votes of the majority of the states null in void.

The electoral college is not an outdated idea of a bygone era when the news and tallies of votes were carried on horseback, as some have argued. The electoral college still has a critical role to play in modern society. The electoral college votes are already made based on the popular vote by state. For those of us who live in “fly-over country,” having a say in who our President will be is critical to the preservation of our way of life. Although we love our neighbors in the rest of the country, the values of those in California and New York are largely inconsistent with those of middle America. It is not only our method of choosing a President that is under attack, but our way of life. It is fine that the values of one state are not those of any other state, that is what makes America great, the freedom to live as the citizen so chooses. The problem arises when some of our fellow Americans try to force their values on the rest of us. This we can not and should not accept. We are a collective of states, united around the principles of liberty and freedom as established by God, and laid out and protected by the Constitution. This is why we are called the United States of America, and not simply “America.”

We currently are being pitted against one another in an epic struggle for power as those who wish to maintain their hold on power attempt to use us as pawns in a corrupt game of political chess. If we had already given up the electoral college, that would have meant Hillary Clinton would be our President, which was contrary to the wishes of the majority of states as reflected by the results of the electoral college. Our duty as citizens is to be an informed populace, ready and willing to exercise our rights, casting our individual vote with prayer and consideration after a thorough understanding of the issues we face.

It is clear to me that we are facing an existential crisis in our nation. If we all know that even among the different regions of a given state, values and culture are different, imagine how great the difference between our state and the rest of the nation would be. For many of us,  having our voice silenced by states with large populations is not acceptable. We must use the liberties and freedoms, our rights as citizens, which we now possess, to safeguard those very rights in the face of this assault on our Constitutional Republic and against the sovereignty of the States.

We must cast an informed vote, call and write our elected officials and speak out on these issues or things such as the electoral college will be as much a part of history as the horse and rider I spoke of earlier. Our duty is to God and to Country, both of which deserve our best. I beseech you, pray to God about this election and go vote in accordance with Scriptural values.