Living in the Last Days 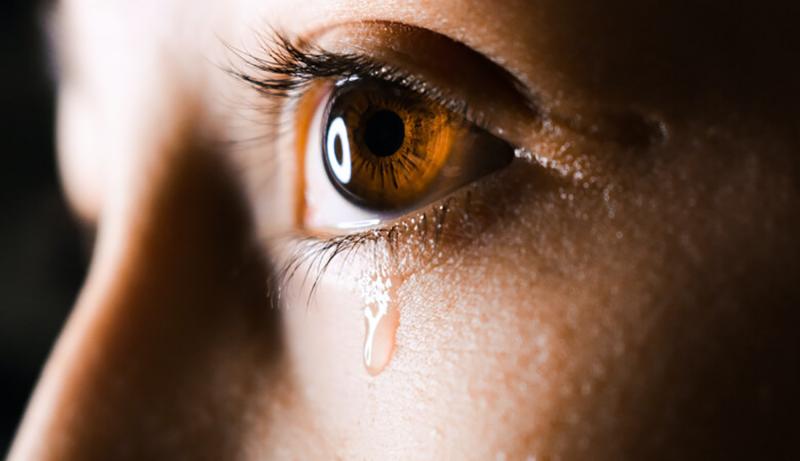 Complimentary Story
What kind of frame of mind do you have in these last days? Are you hiding out in fear or the opposite extreme, up on a soapbox ramming the wrath of God down unbelievers’ and some believers’ throats?  Are you not sure what to do and wondering “who do I listen to, who is right, who in the world do I follow?”

We have all been taught, over the last few years, to have a spirit of fear. God only knows what will happen in America, but many are thinking we could lose our freedom and end up under the rule of communism. Many have stockpiled food, guns and ammunition, sharpened their ability with a rifle. I have a friend, with a 50-cal. automatic that can hit a grapefruit from a mile away, and some have their homes off the grid so they don’t need commercial gas or electricity. The list could go on.

I think a level of fear has gripped most all conservatives and many Christians, most of them are doing some kind of preparation for the future.  Who do we look to in times like this? Certainly not  TV  network news. Nor can we look to our many addictions for help, neither can we rely on our own self-righteousness.

Democrats and Republicans argue over politics and blatantly bash one anothers’  character, value and worth.  Some believers turn against other believers, quarreling over words of differences. One believer, I know, blatantly blasted Greg Laurie, Pastor of Harvest Church, in California for not doing things the right way, in his opinion. Harvest Church had tens of thousands, I heard, 167,000, in house and online commitments to Jesus Christ as their personal Savior, just last year. Online commitments were followed up on and free continuing ed. material provided. Why turn on him? Wrong music, differing doctrine, wrong Bible translation, not personal follow-up, w r o n g  w o r d s.  Yet, Jesus and Him crucified was central.

That’s just one example, but many of the others are much the same. I believe most of these criticisms are rooted in jealousy, similar to what the Scribes and Pharisees demonstrated toward Jesus.  Layton Howerton, in his last month’s WCN article paraphrased Galatians 6 by saying, “Live creatively, friends. If someone falls into sin, forgivingly restore him, saving your critical comments for yourself. For you might be needing forgiveness before the end of this day’s out.” Layton couldn’t be more correct.

I believe we must look to and follow the Scripture, God the Father, Jesus Christ and pray for the outpouring of the Holy Spirit upon each one of us, so that we might be clothed in the power from on high to carry out His will in this present age. (Luke 24:49, Acts 1:8).  With a look at 2 Timothy, let’s try to determine some of the ways a Christ-follower ought to be conducting their life.

2 Tim. 1:7, “For God did not give us a spirit of timidity, but a spirit of power, of love and of self-discipline.”  What does this mean for believers in the terrible times of the last days? I’m going to unravel this verse from the Greek text using a Greek lexicon to translate words into English. It may be wordy, but I want to convey the whole meaning of this verse.

“For God did not give (or present) us a spirit (frame of mind or a mental prevailing influence) of timidity (fear, lacking self-confidence), but of power (strength or ability), and of love (generosity, kindly concern, devotedness), and of self-discipline (calm strength of mind, sound minded).

God is the giver of the frame of mind that gives us self-confidence, gives us strength and ability, gives us the frame of mind, of love, generosity, kindly concern, devotedness, and gives us a calm strength of mind. The power, strength or ability and mental strength comes to us from God, it is the same power given to Jesus, recorded at Acts 10:38 that gave Him the ability to go around doing good and healing all that were under the power of the devil. It is the same power or ability that Jesus promised to give the disciples at Luke 24:49 and Acts 1:8. This power is a gift from God to believers, and as Paul reminds Timothy to fan this gift into flame, (2 Timothy1:6), we to are reminded to fan this gift of ability into flame in our life. Paul’s second letter to Timothy will teach us what this flame should look like and not look like.

Let’s observe some of what the gifts should not look like first. “Don’t quarrel about words; it is of no value and only ruins those who listen.” You don’t have to look hard to see the disagreements among believers, one with a King James version and another with a modern-day translation, arguing over words. Evangelical vs. denominational. Pentecostal vs. Evangelical. Do I dare mention differing political views?  It is quite easy to observe the division and ruin that has happened over these wordy arguments. “Avoid godless chatter.” Specifically, avoid unholy fruitless discussions because it will become more and more ungodly. It spreads like gangrene and listeners are poisoned to the truth and eventually cut off from the truth of the gospel of Jesus Christ. “Turn away from wickedness.” “Flee the evil desires of youth.” “Don’t have anything to do with foolish and stupid arguments because you know they produce quarrels.” “The Lord’s servant must not quarrel.”

My oh my, I have seen these behaviors among people who say they are Christ followers. I’m sure you have too... 2 Tim. 3.5 says these folks “have a form of godliness but deny it’s power.” The word “power” in this verse is the same word used in chapter 1:7.  So they are denying the gift God has given so that they can do things their own way, argue and quarrel to prove and get their own way and in so doing drive people away from our highest calling. This should not be so, for Christ followers.

I believe the highest calling for the Christ follower is to “endure everything for the sake of the elect, that they to may obtain the salvation that is in Christ Jesus, with eternal glory.” (2:10).  The believer’s gift of self-confidence and ability should be demonstrated in our pursuit of righteousness, faith, love and peace, along with those who call on the Lord out of a pure heart. (2:22).

We are not called to be like John the Baptist, we are called to be like Jesus Christ. (1 Peter 2:21).  What was Jesus like? He is typified as the Suffering Servant and called the Servant of God. God said of Jesus, “He will not shout or cry out, or raise His voice in the streets. A bruised reed He will not break, and a smoldering wick He will not snuff out.” (Isaiah 42:2-3). Jesus had a kind and gentle frame of mind and a servant heart, observed by His washing the disciples’  feet. The frame of mind (spirit) that we are to have, we see in 2:23, “those who oppose (us) we must gently (Greek: meek, gentle, kind, forgiving) instruct.” There is no confrontation here, it is genuine care, concern, devotedness and hope that God will grant the person we are gently teaching, repentance leading them to a knowledge of the truth and escape from the true enemy, Satan.

When the religious leaders and others that opposed Jesus and “hurled their insults at Him, He did not retaliate; when He suffered, He made no threats. Instead, He entrusted Himself to Him who judges justly.” (1 Peter 2:23).  On the cross, He forgave His executioners. (Luke 23:34).  Jesus was a servant who fearlessly demonstrated a gentle, caring and forgiving spirit. We should pray for the same calm strength of mind, for the ability to do so is a gift to the Christ follower from God.

By comparing and contrasting two people I know, I hope I can relate better the meaning of 2 Timothy 1:7.  “For God did not give us a mental frame of mind of timidity, lacking self-confidence but of strength, ability and of kindly concern and a calm strength of mind.” I was present, heard and observed a man preach at his parents. He was loud and pointed as he diagramed the sins of his parents, as he saw them. It wasn’t that he had salvation through the death and resurrection of Jesus wrong, it was that his presentation had no sense of kindly concern, it was laced with judgment and self-righteousness. He concluded his witness for the gospel of Jesus by saying “accept Jesus as your Savior or burn in hell.” He slammed his Bible down on the kitchen table while saying, “God said it and that settles it!” His witness was argumentized, showed no kindly concern or concept of gentle instruction or a hope that God would become involved at all in granting repentance.

In contrast, a man my wife and I know, just asked us to pray for one of his employees named Pat.  Pat is 27 years old and states that he is an atheist, yet he likes the songs he hears on a Christian radio station to the point he has memorized some and his boss hears him sing them from time to time. The thoughts in the boss’ mind to share the love of God through what Jesus did on the cross to forgive sin and provide eternal life to all who believe, (John 3:16-17), became so overwhelming that he awoke from a dream one night saying, “I will tell him.”  As he was telling us his story, tears began to well up under the eyes of this seasoned home builder. The builder arranged to take his employee on a vacation trip and on the way home over dinner, at a quiet restaurant, shared his own story of forgiveness through Jesus. He explained that we only have so much time on earth and it was important that the young man know the truth of the gospel of Jesus so that they could not just vacation together, but most importantly, spend eternity together with Jesus. The builder was finishing his story and tears were now running down his checks as he asked us to pray for Pat because he was not yet convinced that there is a God out there. This man demonstrates the flaming gift of 2 Tim. 1:7 and the teaching that follows in this letter from Paul to Timothy. Please pray for Pat.

Our heart should break over the thought of anyone not going to eternal life with Jesus. We are ambassadors of the good news of grace and forgiveness for all who confess belief in Jesus and accept the forgiveness he offers. As Christ followers, in these last days, fan into flame the spirit God has given you, the self-confidence and ability He provides, the kindly concern and the calm strength of mind He also gives and kindly and gently teach the good news of Jesus Christ to your listeners in the hope that God will grant them repentance leading to a knowledge of the truth and thereby snatch them from the grip of the devil. Christ-followers, in these last days, should neither be hiding out in fear, criticizing other believers, nor judging people to hell fire. We ought to be about our commission, gently and kindly, with confidence and a calm strength of mind, that God gives us, be informing people of God’s love and grace made available to all who accept and believe in Jesus Christ and what was accomplished for all mankind on the cross.

Lynn Fredrick is the author of Stand Firm. A short book on using the divine power of God to transform your life.