Face Masks: Devastating To Your Lungs 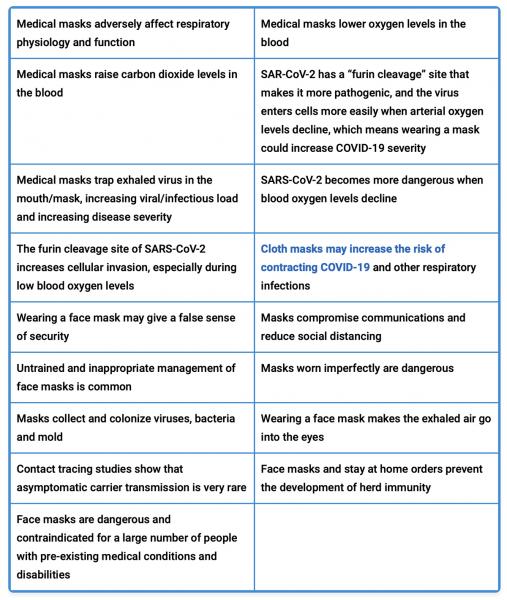 While it’s well-known that gut microbiota affect your immune system and risk of chronic diseases, it was long thought that lungs were sterile. Now it’s known that microbes from your mouth, known as oral commensals, frequently enter your lungs.  Not only that, but researchers from New York University (NYU) Grossman School of Medicine revealed that when these oral commensals are “enriched” in the lungs, it’s associated with cancer.

While the study didn’t look into how mask usage could affect oral commensals in your lungs, they did note, “The lower airway microbiota, whether in health or disease state, are mostly affected by aspiration of oral secretions, and the lower airway microbial products are in constant interaction with the host immune system.”

It seems highly likely that wearing a mask would accelerate the accumulation of oral microbes in your lungs, thereby raising the question of whether mask usage could be linked to advanced stage lung cancer. The National Institutes of Health even conducted a study that confirmed when you wear a mask m ...