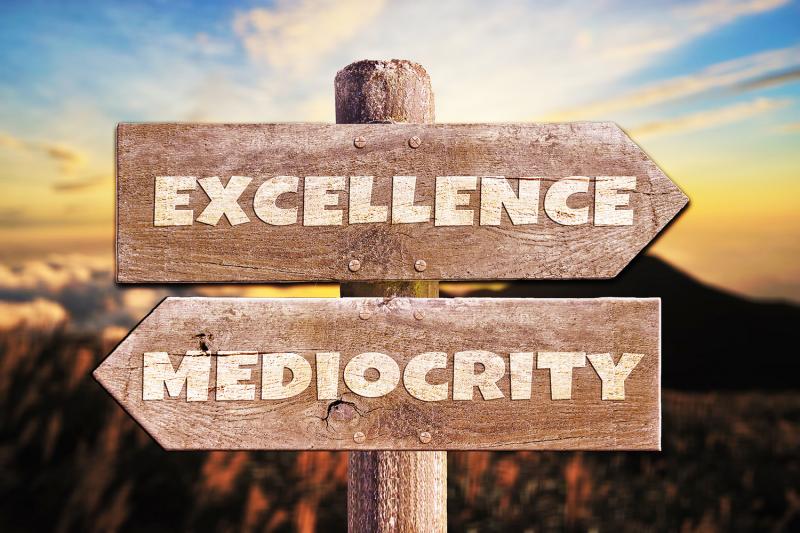 Arete’ does not happen by accident.  Arete’ is Greek meaning to aspire to excellence or virtue in every area of your life.  Excellence is striving and developing to be the best you can be.  It is not simply talent but a willingness, an attitude to keep becoming better.

The Roman army used a technique to make sure bridges and aquaducts were safe: The person who designed the arches had to stand under each arch while the scaffolding was being removed.  If you knew you were the first one who would stand under the structure you had just built, would you not do your best to make sure it did not fall down on you as the scaffolding was being removed?  Being average or mediocre would not cut it as that could very well allow the structure to topple down on you!

Let’s put it another way.  Hopefully we know what Jesus did for us was the greatest gift ever offered and given to us.  If Jesus would have said, “Well, I will give this sacrifice thing a good shot and would be willing to take all the insults and lashes the Roman army will give out but I will not get on that cross and actually die for people who will still hate Me after I completely sacrifice My life for them,” do you think our sins would have been forgiven?  How much would He really have loved us?

But is that not what we do when we do not wholeheartedly do ...