The Critical Urgency of the Hour 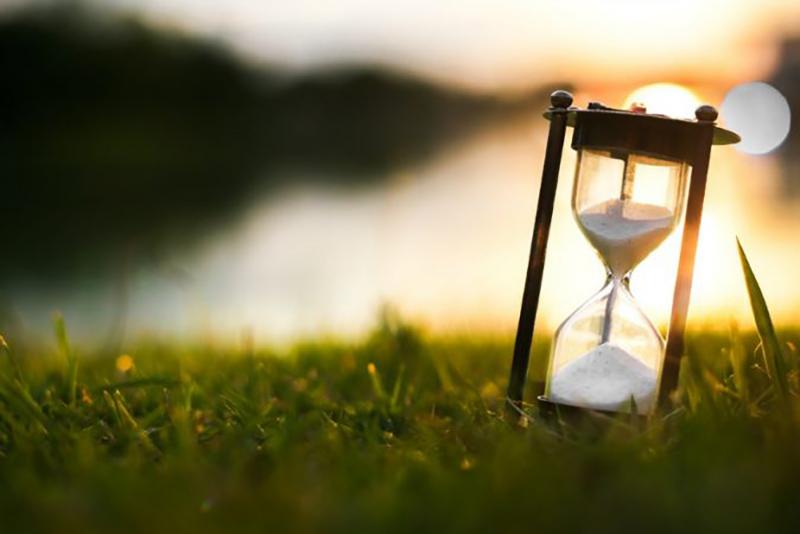 Complimentary Story
“And that, knowing the time, that now it is high time to awake out of sleep: for now is our salvation nearer than when we believed.” (Romans 13:11)

The world is flush with entertainment, self-indulgence, immorality and secularism.  It’s as if a competition is under way to see how far we can distance ourselves from the Judeo-Christian ethic upon which our nation was founded.  We thumb our nose at God as we quickly skip down the pathway toward immorality, socialism and anarchy.

We now sit under the most pro-abortion administration in the history of the United States.  In addition, the so-called “Equality Act” sits on the brink of passage as the Senate seeks to maneuver a means to destroy the filibuster and have this Act voted upon by a simple majority.  The impact of this legislation alone will negatively and severely impact every church and ministry across the country.  But keep in mind, this will also impact every business whether Christian or not, every restaurant you visit, every Christian, private and public school, every daycare center, every shelter for abused women etc.  Corporate America is adding its weight and flexing its muscle to pressure the Senate to pass the legislation.

Children are being targeted not only in school, but also through all forms of media and “entertainment.”  Just recently Screenrant reported that the Pixar Animation Studios (a subsidiary of the Walt Disney Company) is now casting for its first transgender character.  Is it any wonder that children are adopting the LGBT agenda in droves?  It’s constantly being modeled and promoted before them.

And while the world crumbles around us, sadly much of the same mindset has invaded many a church as well.  Please don’t misread what I am writing.  This is not to speak against all churches.  I’m very thankful for the many pastors and churches that are taking a stand on critical issues and holding to the authority of Biblical truth.  But sadly, these churches are rapidly becoming a minority.

Increasingly there are many churches abandoning sound Biblical teaching on such things as marriage, gender, life, origins, and other critical issues.  Many Christians are being lulled to sleep by the world, following the philosophies of our day rather than the very principles of God’s Word.  Many are swallowing the world’s philosophies and make great efforts “to go along in order to get along.”

Too many pastors are leading their flock toward destruction.  Churches are caving to the LGBTQ+ agenda in droves. How shocking it is that a church in Bloomington, IL has given consideration to a “drag queen pastor.”  This is the first open homosexual certified in their regional conference as a drag queen rendered by the United Methodist Church.  Churches and businesses across the country have recognized “drag Sunday.”  Other denominations have also caved to this agenda including “evangelical” churches which are compromising God’s Word in remarkable ways.  One speaker from Answers in Genesis was recently told to change his message as the pastor relayed offense to words spoken on what God’s Word has to say about marriage and gender.

As our culture continues to fall off the cliff, it is imperative for the church to hold fast to Biblical truth.  After all, we were warned in advance these times would come.  The Apostle Paul warned, “Now the Spirit speaketh expressly, that in the latter times some shall depart from the faith, giving heed to seducing spirits, and doctrines of devils; Speaking lies in hypocrisy; having their conscience seared with a hot iron;” (I Timothy 4:1-2)  The Apostle John also warned, “Beloved, believe not every spirit, but try the spirits whether they are of God:  because many false prophets are gone out into the world.” (I John 4:1)

For nearly a decade “The Queen James Bible” has been promoted.  It is advertised as being based on The King James Bible, but “edited to prevent homophobic misinterpretation.”  Websites have been developed to help individuals find a “gay affirming church.”  More than 240 churches in Wisconsin alone are listed as being “gay affirming.”  And the list is multiplying across the nation.

Steadily the drift has been occurring, but it is no longer happening slowly; rather it is speeding up and the decay is rapidly eating away like a cancer.  Those who uphold the truth of Scripture are marginalized, criticized and “de-platformed.”

It is not a cliché to say we are living in critical times.  It is the truth.  It is incumbent upon the church to take a stand, to preach the whole counsel of God and not take scissors to cut out the portions we don’t like or think are too offensive.  We must wake up!  We must take serious the times in which we live to proclaim God’s Word.  Pulpits in this state and across this nation need to “reprove, rebuke” and “exhort.” (II Timothy 4:2)  If we truly believe the Lord’s return is drawing near, should we not recognize the urgency of the hour?

Sadly the church has been asleep for too long, but the alarm is sounding.  We dare not hit the snooze button!  May we heed the call to “Awake to righteousness,” (I Corinthians 15:34)  The times are too critical, there is so much at stake, and we must not neglect the responsibility we have for such a time as this!