Tears For the Fallen: The Disgraceful Joe Biden 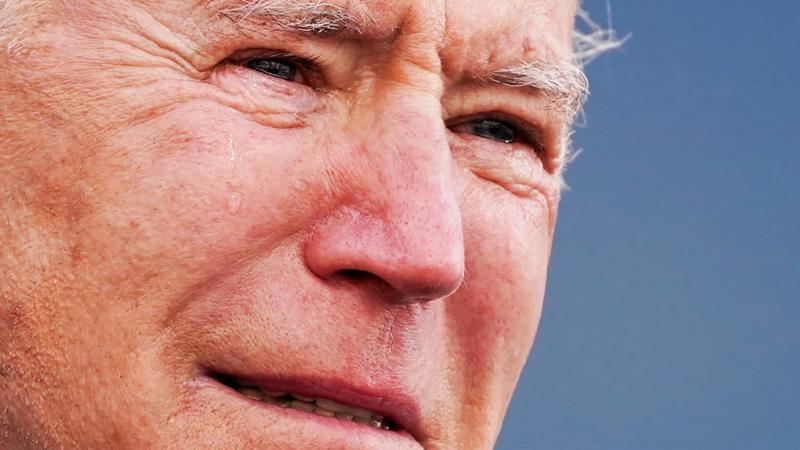 Complimentary Story
It is true that every country deserves the government that it has and in America’s case, nothing could be truer.

I recently saw a meme post on a social media platform and it said of treasonous Joe Biden (Luke 22:48; Article 3, Section 3 US Constitution):

• Cheated in law school — got caught

• Lied about his grades — got caught

• Plagiarized his speeches — got caught

• Lied about his GPA — got caught

• Lied about his scholarships — got caught

• Committed quid pro quo to save his crackhead son — got caught

Yet, most Americans already knew this, but they now accept this treasonous repeat criminal to reside in the People’s White House, and that to their own demise (Psalm 9:15).

The Sun reported: TEARS FOR FALLEN —
Memorial Day: Biden breaks down at Tomb of the Unknown Solider & jabs at Trump as he vows to ‘fight for soul of America’
Biden traveled to Arlington National Cemetary with First Lady Jill Biden, Vice President Kamala Harris, and her husband Doug Emhoff.
Also standing at the president’s side was Defense Secretary Lloyd Austin and Chairman of the Joint Chiefs of Staff Mark Milley.
The president appeared to wipe away a tear during the brief ceremony.

The touching moment came shortly after he approached the wreath at the Tomb of the Unknown Soldier.

Biden, his face tight with emotion, adjusted the wreath and then made the sign of the cross as he appeared to pray over the grave.
He then addressed the nation from the national military ceremony and spoke about his own experience of loss.

“We gathered at this sacred place in this solemn hour engaged in the most fundamental of undertakings: the right of remembrance,” Biden said.

Americans, let me ask you one question, what has this criminal politician, this actor in the circus of politics, ever done to honor these fallen?

He has, throughout his tenure, repeatedly committed transgression after transgression (1 John 3:4) against the fallen who were, in fact, fighting against the very tyrants to which Americans have ignorantly and foolishly submitted themselves today.

In conclusion: Corruption does not want you to see the price paid for your freedoms because if you did see it, you would not tolerate the least offense towards the sacrifice given. This is given under false pretenses in hopes of leading you into believing that we are all of the same heart, which we are not. What a disgrace this man is!