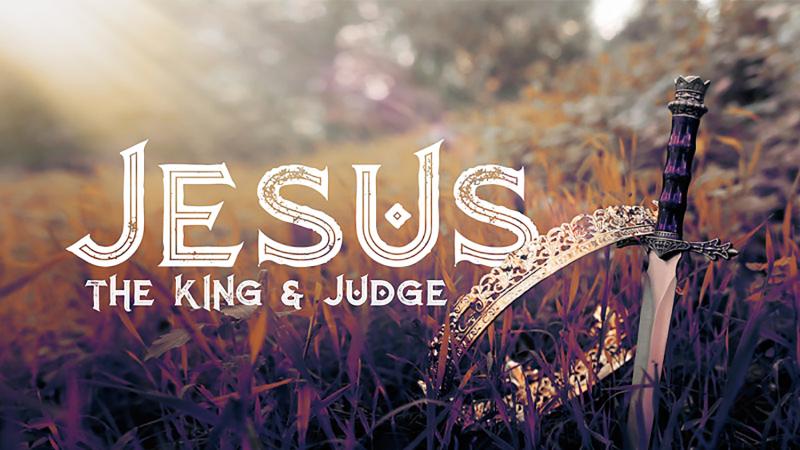 Complimentary Story
If “Yeshua,” the original Hebrew name for Jesus of Nazareth, means “to deliver, save, or rescue,” (Matthew 1.21) then it begs a simple question: From what?

Born from a waning appreciation for biblical truth, only about half of U.S. adults (56%) admit they consciously avoid sinning because they know it offends God.  Were it not enough that 74% of Americans disagree with, or are uncertain about, the statement “even the smallest sin deserves eternal damnation,” (Ligonier 2020) 52% of American “Christians” believe in a “works-oriented” approach to God’s acceptance, (Barna Research Center, 2020) suggesting that, in their minds, sin is not so bad that it cannot be balanced by good works.  In fact, 46% percent of evangelicals agree that, though everyone sins “a little,” people are still good by nature.

Though the notion of innate, human goodness is entirely unbiblical, (Romans 3:9-12, 23, Mark 10:18, Psalm 14:1-3) progressive “Christians” strive to redefine “sin” for purposes of affirmation and universal acceptance rather than conviction.  Sins, so they say, should not be understood as the result of intrinsic depravity that habitually cedes to lures of the flesh, but as innocent blunders rooted in our natural imperfections that simply “miss the mark” due to lack of knowledge.  Such an explanation inevitably implants the assurance that divine, eternal punishment cannot possibly be the final consequence for actions that, at the very least, should not even be classified as “sins,” and at the very worst, are ignorant lapses in discernment.

Such a hope is exacerbated when progressive “Christians” purposefully contrast Jesus Christ, who sat with “sinners,” against the God of the Old Testament, who punished “sinners.”  As one of the leading voices of progressive Christianity confidently states, “that God, at all, would ever, either send, or even, permit, people to burn forever is nothing like the God that is revealed in Jesus.”  In yielding to the world’s version of Jesus Christ, he adds that “Jesus had nothing to do with” a conception of hell in which “a soul might experience eternal torment, maybe even eternal conscious torment, which is the most unjust, unloving thing anybody could imagine.”

First, it is crucial to recognize that any argument professing that Jesus the Son and God the Father had opposing natures or views is decidedly heretical as even the slightest disagreement between them invalidates the Trinity. (John 10:30, 6:38).

Second, Jesus is going to judge humanity – and isn’t going to be pretty.

The gospels are not silent about Jesus’ ultimate role.  John’s Gospel states, “For the Father judges no one but has committed all judgment to the Son…has given Him authority to execute judgment also, because He is the Son of Man” (5:22, 27)  and, in describing His return, Jesus warned that “He will set the sheep on His right hand and the goats on the left…then He will say to those on the left hand, ‘Depart from Me, you cursed, into the everlasting fire prepared for the devil and his angels…these will go away into everlasting punishment, but the righteous into eternal life.” (33, 41, 46).

Jesus used His parables to give final judgement necessary imagery. When speaking of the wheat and tares, (Matthew 13:24) He advised that, on judgment day, the Son of Man “will send out His angels, and they will gather out of His kingdom all things that offend, and those who practice lawlessness, and will cast them into the furnace of fire.” Likewise, in the parable of the dragnet, (Matthew 13:47) He cautioned that the “angels will come forth, separate the wicked from among the just, and cast them into the furnace of fire. There will be wailing and gnashing of teeth.” Similarly, in His story of the Wedding Feast, the man in attendance, who refused the garment made by the king, is comparable to those who reject God’s provision, even up to salvation.  God responded by ordering His servant to “bind him, hand and foot, take him away, and cast him into outer darkness; there will be weeping and gnashing of teeth.” (Matthew 22).

He rebuked cities that had witnessed His miracles, firsthand, but did not repent: “Woe to you Chorazin! Woe to you, Bethsaida! It will be more tolerable for Tyre and Sidon (cities brought to harsh sentences in Ezekiel) in the day of judgment than for you…And you Capernaum, who are exalted to heaven, will be brought to Hades…it shall be more tolerable for the land of Sodom in the day of judgment than for you.” (Matthew 11.22-24).

Jesus’ Revelation to John brings His cosmic responsibility to realization when, during the sixth seal, “kings…great men…rich men…mighty men…said to the mountains and rocks, ‘Fall on us and hide us from the face of Him who sits on the throne and from the wrath of the Lamb.’” (6:16-17). To the spirit of Jezebel, and the church she seduces, He warned, “Indeed, I will cast her into a sick bed, and those who commit adultery with her into great tribulation, unless they repent of their deeds.  I will kill her children with death, and all the churches shall know that I am He who searches the minds and hearts.” (2:22-23).  Jesus will watch as “the wrath of God is poured out full strength into the cup of His indignation” against those accept the mark of the Beast.  (14:10).

In second Thessalonians, Paul, Timothy, and Silvanas pray that God will “give you who are troubled rest with us, when the Lord Jesus is revealed from heaven with His mighty angels in flaming fire taking vengeance on those who do not know God, and on those who do not obey the gospel of the Lord Jesus Christ.  These shall be punished with everlasting destruction from the presence of the Lord and from the glory of His power.” (1:7-9).

Punishing sin and lawlessness is the manifestation of God’s justice: “For the wrath of God is revealed from heaven against all ungodliness and unrighteousness of men who suppress the truth in unrighteousness.” (Romans 1:18).

Accept Jesus Christ for who He is.  His compassion and love for God’s glory.  His vengeance and judgment for God’s holiness.

The world has a Jesus in which it wants you to believe, bred from its own values, desires, and wisdom – a Jesus that wants you to know that “you are perfect just the way you are.”

Jesus came to save you from the sin that incurs the very wrath that He will help administer.  And who has more of the right to execute this judgement than He who bore that sin?