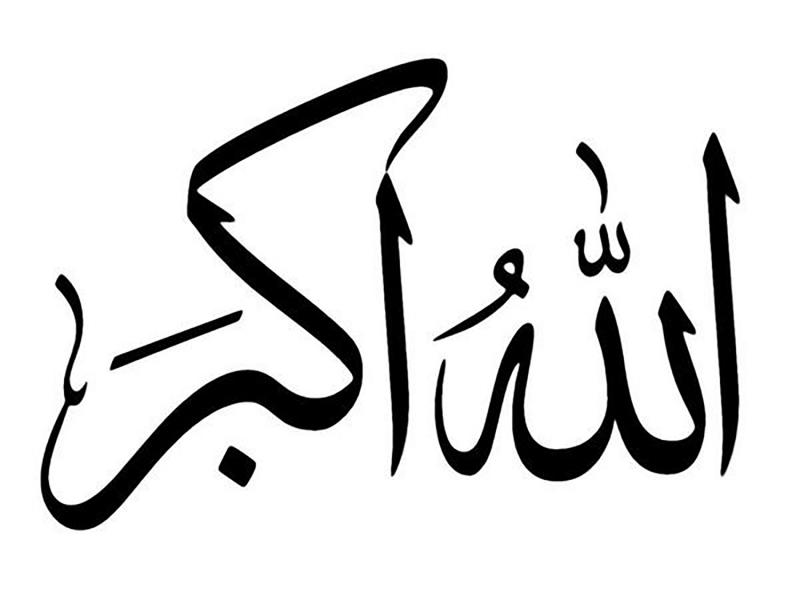 Complimentary Story
In our previous articles, we covered some of the attributes of Allah as we discovered that he is a changeable god. We were shocked to discover that the verb “was” was attached to his attributes of “relenting, merciful,” “knowing, wise,” “forgiving, merciful,” and the “keeper of intercession.”

First of all, Allah is not God, unless Muslims can openly declare that Jesus is Allah. Second, if you look up the word “akbar” on Google translation, you will find that it means “larger.” Also, the word “kaber” means “big” which has nothing to do with the word “aziem” which means “great.” Therefore, the true accurate translation of the words “Allah akbar” is “Allah (Satan) is bigger.” The questions we must ask now are: Allah is bigger than what, and is he still bigger than whatever we can compare him to? In Qur’an 2:217, we learn that sedition is bigger than killing and that was the excuse Mohammed used to fight the infidels during the four forbidden months. In Qur’an 2:219, we learn that the sin of gambling and alcohol is bigger than their benefits. In Qur’an 3:118, Allah declared that the hatred in the hearts of the infidels toward the Muslims is bigger than what infidels say by their mouths. In Qur’an 4:153, the People of the Book (Christians and Jews) asked Mohammed to send a book on them from heaven, and Allah told Mohammed that they asked Moses a bigger request than that, which is to see Allah face to face. In Qur’an 6:78, Abraham discovered that the sun was brighter and bigger than the moon. So on and on goes the rest of the twenty-two verses in the Qur’an where we see a comparison concerning the size between two or more things. In Islam, there is sin and a bigger sin just as we know in reality that there are some objects bigger than others. For example, trains are bigger than cars.

However, when we talk about the size of Allah when Muslims shout “Allah akbar,” how big is this Allah? A good hint is about the size of Allah’s throne which will help determine the size of Allah. In Ibn Kathir’s interpretation of Qur’an 69:17: “And the angels will be on its sides, and eight will carry the throne of the lord above them on that day,” he stated that eight rows of angels, not just eight angels, are to carry the throne of Allah which he sits upon. To know more of how big that throne is, Ibn Kathir described the size of the angels who carried the throne when he stated that the distance between their earlobes and their shoulders is the distance of seven hundred years of traveling. So here it is, America. Allah is really, really big!

But the question we must ask here is: is Allah still that big or is he shrinking? That is when we investigate the following verse. In Qur’an 4:34 we read: “Men are in charge of women by what Allah preferred some of them above the others and by what they spend out of their money. So good [women] are obedient, guarding in secret that which Allah has guarded. And of whom you fear rebellion, so preach to them and separate from them in the beds and scourge them. So if they obey you, so do not seek a way against them. Surely Allah was higher, big.”

There is so much information we can learn from this one verse. First, men are in charge of women. Second, Allah prefers men above women. Third, men spend their money on women (food, clothing). Fourth, women must live pure lives. As for the Muslim men who fear that maybe their women may rebel, there are three actions which must take place. First, men must preach to them. Second, they will separate from them in bed as a punishment. Third, men will scourge the women, which is explained by Muslim scholars to be a light beating (no broken bones or shedding of blood). As for the most important portion of this verse, it is concerning the size of Allah, for Allah here declared to us that he lost lots of weight and size as it says: “Surely Allah was [not “is”] higher, big.”

If Allah’s size has changed, why do Muslims still shout Allah akbar — “Allah is bigger?” And what is that object by which we can use to compare the size of Allah? My friends, this is another attribute of Allah, the god who “was.”

For more information about Islam, visit our website.  To debate the information of this article, please call 941-223-3698.
TheStraightWay.org