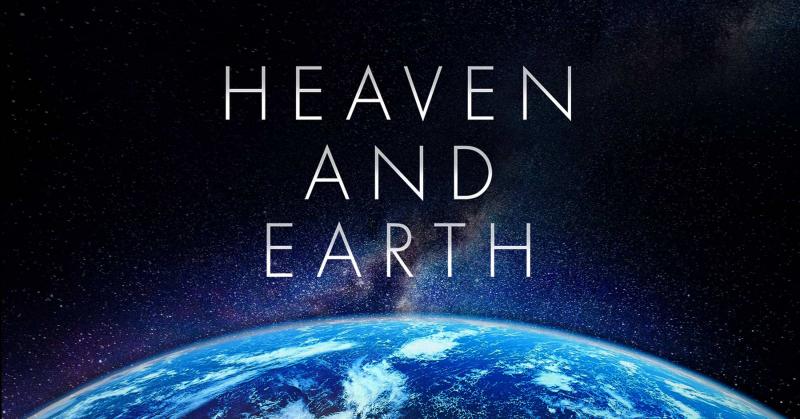 Complimentary Story
It feels like a cliché now to observe that we are living at an incredibly strange time. Some are oblivious to the things of darkness while others are too keenly aware of them.  Friends and family are divided by what they understand about the COVID virus, with dangerous and sometimes deadly consequences.

In the past few weeks, more of the information that many of us have already had about the lies of the “plandemic” and Dr. Fauci is beginning to be revealed to a greater audience.  His participation in and knowledge of the truth about the virus’ origin and the ineffectiveness of masks is finally coming more into the light.  The election fraud audit in Arizona is now being considered as a model for other states to follow.  There is some “pushback” to the expectation that we are to “honor the chosen pronouns” for transgendered people which seems to me like asking us to pretend a lie is true, when we knew all along that the emperor has no clothes!

In order to be able to pray knowledgeably and specifically, it behooves us to know what the issues of the day are about. Prayers that avoid the deepest needs and concerns are far more comfortable and less challenging but are they fulfilling what our Abba expects of us? Our privilege to carry all of it to Messiah in intercession is also our responsibility to be that conduit through which we can honor Messiah’s direction to pray that our Father’s will be done on earth as it is in heaven.  (If His will were automatically being done on earth, would He have directed us to pray in this manner?)

At the same time, we need not become lost in the chaos and confusion that permeates our lives. It has seemed to me that we need to live life keeping an eye on two horizons — the earthly one and the spiritual one.  We might say we must keep our balance between them, yet that would seem to imply that they are of equal importance. I do not think they are. The earthly one, sometimes called temporal, is indeed temporary though it is our training grounds and the testing that we are allowed to experience to build and determine our character and maturity in Messiah.

“For while bodily training is of some value, godliness is of value in every way, as it holds promise for the present life and also for the life to come.”  (1 Timothy 4:8 ESV).

We are learning how to live keeping our eyes on two horizons, heaven and earth. We were warned that as we neared the time of Messiah’s return things would get really dicey!  As I have written before, we do not yet know if this whole set of earthly circumstances will prove to be yet another in the ongoing saga of mankind’s relationship with our Father:  like the cycles in Judges of faith, falling away, outright rebellion and consequences, repentance and finally restoration through the work of His selected judges. It may also be that this IS the time that He considers the iniquity of mankind to have ripened to fullness, and final judgment. We can trust that He is a God of order and that He works in patterns.

“...declaring the end from the beginning and from ancient times things not yet done, saying, ‘My counsel shall stand, and I will accomplish all My purpose,” (Isaiah 46:10 ESV).

How do we live? Do we continue to make plans far into the future or do we hunker down and prepare for the time we must endure before He comes for His people?

“Knowing this first of all, that scoffers will come in the last days with scoffing, following their own sinful desires. They will say, ‘Where is the promise of His coming? For ever since the fathers fell asleep, all things are continuing as they were from the beginning of creation.’  For they deliberately overlook this fact, that the heavens existed long ago, and the earth was formed out of water and through water by the Word of God, and that by means of these the world that then existed was deluged with water and perished. But by the same Word the heavens and earth that now exist are stored up for fire, being kept until the day of judgment and destruction of the ungodly.”    (2 Peter 2: 3-7 ESV).

I do believe there is confusion as to WHO  is involved in each part of the end time plans. The parable of the ten virgins gives us one picture that He does see a difference between those who earnestly seek HIS ways, and those who are more casual about it. For that matter, which of the teachings on HOW and WHEN He gathers His people will apply? Theories go all the way through a sort of continuum, from rapture to waiting for the second coming:  pre tribulation, partial or carnal rapture, mid tribulation, pre-wrath and post tribulation.

Noah’s experience is a thematic picture of the end times…who was swept away and who was “left behind” then?  Seems it is the opposite of “popular opinion!”

If it is Post tribulation that finds us being drawn up, then surely Psalm 91 must apply while we wait!  Isaiah had relevant words for us today, too; sometimes translated as “wrath” rather than “indignation.” The context is of addressing “that day” which generally refers to final judgments.

“Come, my people, enter your chambers, And shut your doors behind you; Hide yourself, as it were, for a little moment, Until the indignation [wrath] is past. For behold, the LORD is about to come out from His place to punish the inhabitants of the earth for their wrongdoing; And the earth will reveal her bloodshed And will no longer cover her slain.”  (Isaiah 26:20-21  KJV).

While we must keep our eyes on one horizon of the earth, to know how to pray and respond, we shouldn’t forget that the eternal is already here for those who believe in Messiah.   Many worry about the mark of the beast but do not realize that one part of that mark IS the way we walk. We are being “marked” now as we follow Him or not…and our character development as we learn to walk after Messiah, in our Father’s ways, OR mankind’s inventions.

Many are certain of a seven-year tribulation period per Daniel 7, but probably have forgotten, or never knew, that Messiah said:

“And if those days had not been cut short, no human being would be saved. But for the sake of the elect those days will be cut short.”   (Matthew 24:22  ESV).

And that takes us to Sir Isaac Newton’s idea that Messiah’s ministry on earth was the first half, and we have only the second half yet to endure….and a more recent observation that perhaps it wasn’t really “years” that were referred to but “moedim” meaning the appointed times, or the Feasts of the LORD (Leviticus 23/Numbers 28)….so that would likely refer to Passover/Unleavened Bread, First Fruits, Shavuot/Pentecost, and the First of the Fall Feasts, the Day of Trumpets, which leads to Tabernacles, also called the Marriage Feast of the Lamb.   If this proves to be accurate it could mean possibly less than one year of great tribulation.

“Idan” is the Aramaic word underneath “time” and “times” and per Strong’s it is said its meanings include “a fixed time.”    This is also the accepted meaning of the Hebrew word, “moedim,” which we do normally take to mean the Feasts of the LORD.  By the way, they were never “Jewish Feasts” but always described in the Bible as the LORD’s Feasts.   Every one of them points to Messiah.  As many in traditional Christianity aren’t aware of this, the celebration and understanding of how this relates to the time of Messiah’s return can be lost.  Is there any one of us who would NOT want to hope that these times that try men’s souls will be shortened, perhaps even to a year?

Again, I come back to those who struggle with the current relevance of the Old Testament, often believing that the “church’ wasn’t born until Messiah’s death and resurrection.  How we view the whole Word of God will certainly affect how we determine we are to walk as we watch both horizons and pray! For example, will we follow the LORD’s Feasts/commandments of God or holidays that are not included in Scripture?

Although it isn’t something that may bring someone TO faith, studying from a thematic perspective has helped us CONFIRM our faith, and continually see that the Elohim/Mighty One of both parts of the Bible are as One. Our local community is in yet another review of eschatology/end times studies as we evaluate how we now understand things, and looking for that blessing, even if we haven’t figured it all out as yet!  This helps us to adjust our view of the two horizons.

“Blessed is the one who reads aloud the words of this prophecy, and blessed are those who hear, and who keep what is written in it, for the time is near.”   (Revelation 1:3  ESV).

We pay attention to two horizons; the earthly and the heavenly.  The earthly is our training and preparation for the heavenly.  The LORD Who made heaven and earth does not change. He will do what He has purposed to do and proclaimed from the beginning.  Though we live in times of chaos and uncertainty, HE is the same from age to age. May we never lift our souls to another god!  I think these challenges are part of weaning us from the earth.

“But you, beloved,  are not in darkness, for that day to surprise you like a thief;  for you are all children of light and children of the day; we are not of the night or of darkness.”   (1 Thessalonians 4: 4-5 ESV).

“But take heed to yourselves, lest your hearts be weighed down with carousing, drunkenness, and cares of this life, and that Day come on you unexpectedly. For it will come as a snare on all those who dwell on the face of the whole earth. Watch therefore, and pray always that you may be counted worthy to escape all these things that will come to pass, and to stand before the Son of Man.”  (Luke 21:34-36).