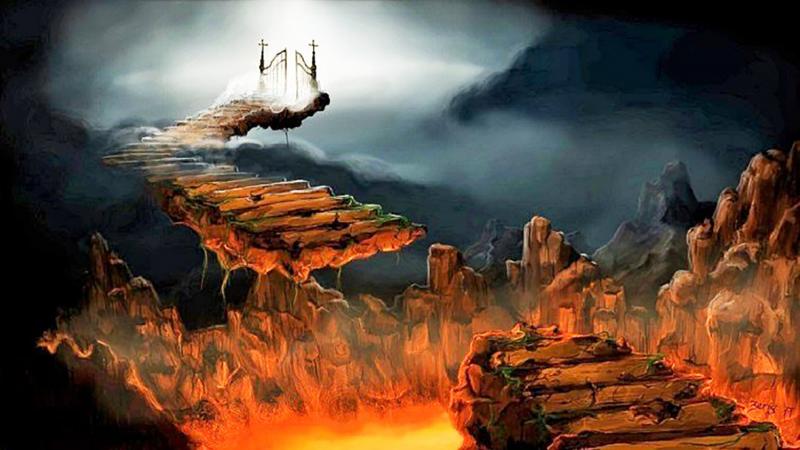 Complimentary Story
In 47 years of ministry on two continents, this author has been confronted by Christians lamenting “...[they] can’t get their church (ministers) to comment upon, much less act upon, societal issues.”

Often, “pro-lifers” lament the almost complete failure of churches to challenge the status quo of the ongoing genocide of the abortion holocaust. Christians ask me why their church minister does not support their home school. Even unchurched individuals instinctively lament the lack of leadership of the churches.

Churches appear to be ill-equipped to handle the pressure of Evil:

    Failure to thwart the ongoing debauchery of society (including pornography, blasphemy, and abortion).

    There is an almost complete lack of understanding of the “hate thy neighbor” nature of socialism.  Many clergy ENDORSE socialism under the assumption the Bible endorses it!

    False guilt manipulates many concerning our heritage as a nation. The clergy often cannot distinguish between manipulated guilt and real injustice.

    Many clergy believe the Bible is in error against a backdrop of evolution, the historicity of the Bible, and “psychology’s claim to “greater insights” into human behavior than the Bible.

    Clergy too often espouse sending children to government (public) schools as a “good witness.” The call of Scripture from Deuteronomy 6 eludes them.

    Too many pastors lead people in opposing and marginalizing the few who stand up against “…the floods of ungodly men” (cf. Psalm 18: 4-5).

“Two Kingdoms” are presented in Scripture: Satan’s usurped, rebellious kingdom, and God’s Kingdom. Isaiah 42:4 predicts Christ will bring the Law of the Lord to the Gentiles and in Daniel 2:44, His Kingdom towers over ALL kingdoms on earth. In Matthew, the Gospel calls forth the Kingdom by preaching and Christ teaches us to pray “Thy Kingdom come, Thy Will be done ON EARTH…”

Typically, pastors IGNORE the promise that God will use His Church to destroy the “gates of hell” (cf. Matthew 16:19), Satan’s kingdom being unable to withstand it.

Tragically, to hear many churches tell it, “Two Kingdoms” does NOT generally connote Christ’s Kingdom rising against Satan’s Kingdom. It is redefined as “Two Kingdoms” — One ONLY pertaining to heaven/paradise and the other, a Kingdom of God which teaches ONLY spirituality but cautions the pews to evade areas of life such as politics, economics, justice, education, history, vocation. These “issues” are deemed “of the earth” which we, as Christians are NOT to “waste time” challenging.

In the midst of this tragic redefining of historical Christian theology, the foundation of Scripture, the Law of the Lord (the Pentateuch) is almost NEVER addressed as the Apostle Paul says here:

“Because the carnal mind is enmity against God: for IT IS NOT SUBJECT TO THE LAW OF GOD, neither indeed can be.”  – (Romans 8:7).

Note: The Law of God is OPPOSITE to “Carnal” not Grace. Carnality is opposed to the Law of the Lord and Satan’s Kingdom operates in such carnality. He “fathers” such as practice it (cf. John 8:44). The Law was NEVER designed to save. It is designed to demonstrate the merits of Christ brought down by the Holy Spirit to our hearts.

“Two Kingdoms” biblically connotes Satan’s kingdom which makes slaves of men (through carnal lusts) and Christ’s Kingdom which takes Captivity captive!  Christ captures our hearts, makes us “His,” blesses us with the capacity to please Him through the Testimony of the “Good works” which He creates in us.

“For we are HIS workmanship, created in Christ Jesus UNTO GOOD WORKS.”  (Ephesians 2:10).

The Apostle Paul says he serves with his mind the Law of God. With his flesh, the law of sin. (cf. Romans 7: 25): Again, his contrast of the Law of God opposed to “flesh” and “sin.”

Paul writes: “Now the God of peace, that brought again from the dead our Lord Jesus, that great Shepherd of the sheep, through the blood of the everlasting covenant, make you mature in every good work to do His will, working in you…” (Hebrews 13: 20-21).

Why the unwillingness or incapacity of churches and pastors to discern the underlying nature of evil?

The Apostle tells us good works build the Testimony of Christ’s Kingdom in the earth. THOSE good works in us are created by and for Christ as testimonies of His MERITS…i.e., what He EARNED for us!

Good works in the Bible are NEVER presented as what WE EARN! They are always His Testimony —  His Merits — what He earned to redeem us, maturing us (by His powerful grace) TO DO HIS WILL …so that men might see you and I as His “living epistles, read by all men.” (cf. 2 Cor. 3:2).

Paul makes it clear the Law is the Standard in the creation of such good works. The Law of the Lord defines sin (Romans 7:7), defines righteousness (Romans 8: 7); challenges sin in our hearts (Romans 7: 8-9); teaches us how to live, be just, experience true “goodness” (Romans 7:  12). The law teaches us “holiness” (Romans 7:12).

In short, Christianity is comparatively ill-discerned today, failing to uncompromisingly challenge Satan’s Kingdom…because the churches actively throw the Law of the Lord “under the bus” opting for a more pleasant, man-pleasing message … and then stand in wonderment as to why the Church “isn’t relevant.”