We Are Without Excuse 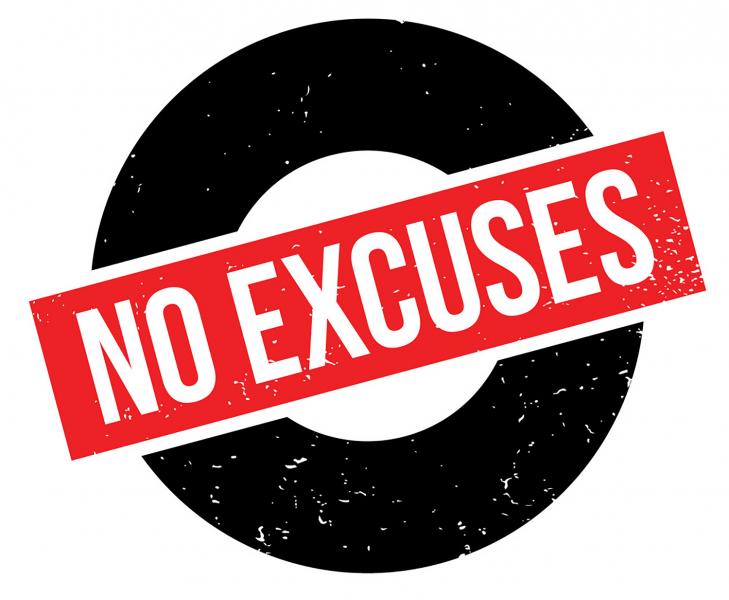 Complimentary Story
Romans 1:18-32, “The wrath of God is being revealed from heaven against all the godlessness and wickedness of people, who suppress the truth by their wickedness, since what may be known about God is plain to them, because God has made it plain to them. For since the creation of the world God’s invisible qualities — His eternal power and divine nature — have been clearly seen, being understood from what has been made, so that people are without excuse.

“For although they knew God, they neither glorified Him as God nor gave thanks to Him, but their thinking became futile and their foolish hearts were darkened.  Although they claimed to be wise, they became fools and exchanged the glory of the immortal God for images made to look like a mortal human being and birds and animals and reptiles.

“Therefore God gave them over in the sinful desires of their hearts to sexual impurity for the degrading of their bodies with one another.  They exchanged the truth about God for a lie and worshiped and served created things rather than the Creator, who is forever praised. Amen.
“Because of this, God gave them over to shameful lusts. Even their women exchanged natural sexual relations for unnatural ones.  In the same way the men also abandoned natural relations with women and were inflamed with lust for one another. Men committed shameful acts with other men and received in themselves the due penalty for their error.

“Furthermore, just as they did not think it worthwhile to retain the knowledge of God, so God gave them over to a depraved mind, so that they do what ought not to be done.  They have become filled with every kind of wickedness, evil, greed and depravity. They are full of envy, murder, strife, deceit, and malice. They are gossips, slanderers, God-haters, insolent, arrogant and boastful; they invent ways of doing evil; they disobey their parents; they have no understanding, no fidelity, no love, no mercy.  Although they know God’s righteous decree that those who do such things deserve death, they not only continue to do these very things but also approve of those who practice them.”


God says in His Word that everything He has made is visible for everyone to see. Men are men, women are women, animals are animals all according to their kinds just as God created them at the beginning of time. God also says that everyone should know something about His divine nature about every institution, every concept about relationships and everything in this life. And God says mankind is without excuse about everything in this life we live on earth. Every person who has ever lived has some concept of God’s order on this earth. In everything! So God has given common sense to every person ever born, I like to say “common sense,” because if you can see the things that God created, how can you not say they are so?

So the question arises, why is this world filled with so much deceit and confusion when God has already given common sense to everyone by what He has created and it is, just because God says it is so?

According to the Bible, Satan was the first being to say, “did God really say that?”  We also know that Satan and his demons lie to the whole world. (Ephesians 2). We also know because of the fall of mankind, everyone born is separated from God because of sin. Mankind can see the truth of God’s creation. Mankind can see in their minds the truths of God’s instructions how things should be. God has said He has written the laws on everyone’s  hearts. So, mankind is without excuse! God’s common sense principles are written on everyone’s hearts.

We also know people do not read their Bibles! Most people are ignorant of God’s Word. I think I can say with some confidence that even born-again Christians are ignorant of God’s common sense. We would rather read Facebook, or listen to other stuff out there than say, “God said it, I believe it.”

I am not trying to be too condemning here because we are all guilty of this. We read something on Facebook, and we think in our minds this is the absolute truth before we ask ourselves what God says about this. We wonder why our societies are in so much confusion and chaos, and we look it up on Facebook to find the answer. Thank God He is so patient and loving that He gives us grace every day to “be still and know I AM God!”   And every day God gives us grace and patience and says “here I am, are you trusting Me, and are you listening to what I say?”

As much confusion and chaos is out there, God and Jesus are never anxious or worried about us. God is Sovereign and everything He plans will come to fruition. Every person who is a born-again believer will be saved to the uttermost. Do you believe this? Can you think of Scripture to back this up? Are you trusting in Jesus alone to bring this about?

So as born-again believers,  what can we do to think like Jesus, so we can have wisdom, or Biblical common sense as I like to call it? A couple of things are important here. God’s promises will never change. We can read God’s promises and say to ourselves “God said it, I believe it.”

We can trust God’s character, that He never changes. Jesus is the same yesterday, today, and tomorrow. Are you anxious about something? What does Jesus say about anxiety? Do not be anxious about anything. Jesus said He has given us this day with all its problems and that is all we need to be concerned with. We are to seek first His Kingdom, which is the Spirit of God, patience, self-control, love, peace, joy, etc. What would happen to you if the Spirit of Jesus were controlling you? Would you be more peaceful, joyful, patient, kind etc.? Do you think you might be happier if the Spirit of God was controlling you? Do you think you may be calmer if you trusted Jesus’ words rather than looking at Facebook for answers?

God has promised in His Word that people that know Him will have great confidence. What can we do so the confusion and chaos in our world today will end? I do not know God’s mind on this. I am no prophet nor do I want to be. But I know that God’s love, and compassion is as great as His judgement. Jesus said He came into the world, not to condemn the world, but to save it. Will everyone turn to Jesus?  It seems that more and more we are moving the other direction. God knows all this but can change the hearts and minds of anyone!

We can pray for the Spirit to open the eyes of people so that their darkened minds will receive truth. We, as born-again believers, can renew our minds with good teaching, listening to conservative programs of people that have common Biblical sense. As the Church, we should come together as brothers and sisters to proclaim God’s truth and common sense to those we meet. We need to take Jesus at His Word, do not be anxious about anything. Did Jesus really mean anything? The times were turbulent when Jesus was here on earth, but He entrusted Himself into the Father’s hands for everything. We, as born-again believers,  must trust Him.  We honor Him by our trust.