American Educators Have Given Up on Real Teaching 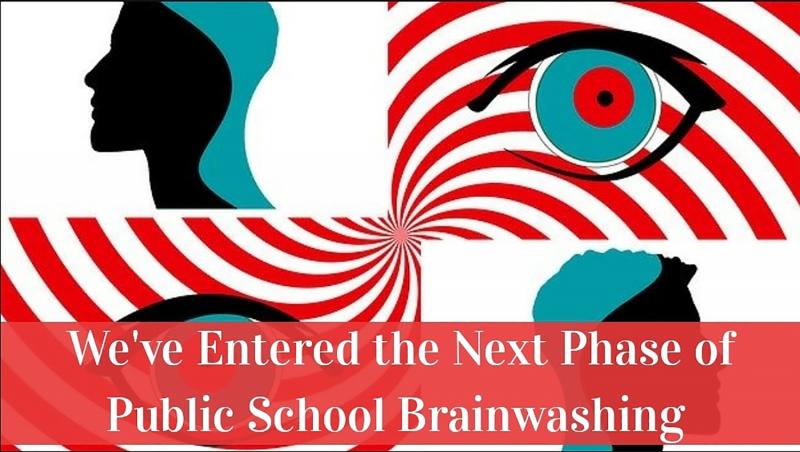 Complimentary Story
HERE’S A LITTLE THOUGHT EXPERIMENT: Suppose that beginning slowly back in the 1970s (as described at encyclopedia.com/social-sciences/culture-magazines/1970s-education-overview) many in the bureaucratic American education establishment — teachers and administrators — discovered that it’s hard to teach actual academic material such as reading skills, math, sciences, the arts, history, civics, logic, and so forth to kids immersed in a popular culture in which academic accomplishment is increasingly disrespected, and even scorned.

Similarly (these folks discovered), it’s hard to teach kids from increasingly-common single-parent households — or intact-family households in which both parents work full-time (thanks to ignorance about the income tax — the truth of which can be learned beginning at: losthorizons.com/BobsBicycles.pdf) — where they are increasingly less likely to be read to, thoughtfully reasoned with, or shown by example the practices and profits of disciplined academic work.

Suppose these education bureaucrats likewise figured out that it’s difficult to get students to cooperate in producing satisfactory gender and racial representation (such as in S.T.E.M. disciplines or class rankings) per the notions of political pressure groups when those students are disinclined to do so for any number of reasons (among which could be that the notions of the political pressure groups are wrong).

Suppose that instead of digging in to hoe those tough rows, these bureaucrats figured out that the easier option is to teach (and argue) that systemic racism, misogyny and other evils are built into traditional academic curricula and the overall institutional environment. The object (continues the teaching and the argument) is to thwart the achievements of underperforming or uncooperative students on behalf of the patriarchy’s interests.

This selfish design of the patriarchy is such that academic underperformance or the failure of politically-desired proportional representation are entirely due to externalities. None of it (goes the narrative) is the fault of the students — or of the teachers, of course — nor due to flaws in the unmet politically-motivated expectations.

IF THESE SUPPOSITIONS ARE SOUND (or to whatever degree they might be) wouldn’t it be reasonable to expect a conclusion among those so taught that the only real solutions to the problems of underachievement and disparate outcomes are the nurturing of grievance, criticism of the traditional culture, focus on the “group identity” purportedly distinguishing those being victimized by the patriarchic and racist hegemon, and a revolutionary (or retaliatory, or just generally — and aggressively — contrary) impulse?  Indeed, what else could be the conclusion of those taught from childhood that they are victims, as described above?

And isn’t that conclusion exactly what we are seeing dramatically-expressed in the group-and-grievance-identity politics being shamelessly encouraged and exploited by “progressives?” Isn’t that conclusion just what we’re seeing as the energy for a “cancel culture” which recognizes no wrong in simply shutting off voices alleged to be defending the patriarchal or “white supremacist” hegemon?

Wouldn’t the string of curricular simplifications that we have seen steadily trotted out by the public education industry over the last several decades (all the way to the current “requirements to show math work is racist” insanity — see thecollegefix.com/math-is-racist-training-bankrolled-by-bill-gates-foundation-which-refuses-to-say-why/) — and the falling academic performance with which they have been accompanied-- be consistent with these suppositions?

These ARE all just suppositions, of course. I have no evidence of email exchanges between guilty parties plotting (or just acknowledging) what I suggest may have taken place (or be taking place). But someone is responsible for the astonishing eruption of the ideological pathologies described above among today's young Americans.  I think there is some grist here for the mill.

I WILL END with a reminder that homeschooling (about which you can learn at losthorizons.com/homeschool/homeschooling.htm) shields children from all external influences, whether one’s fear is of the “patriarchal hegemon” or of the corrupted education industry. Further, making use of the Founders’ state-resource-regulating mechanism (which you can learn about at losthorizons.com/CtCLife.htm) diminishes the harm that can be done by either of these threats, whichever of them keeps you up at night.

Make your choices, take control, and teach your children well.