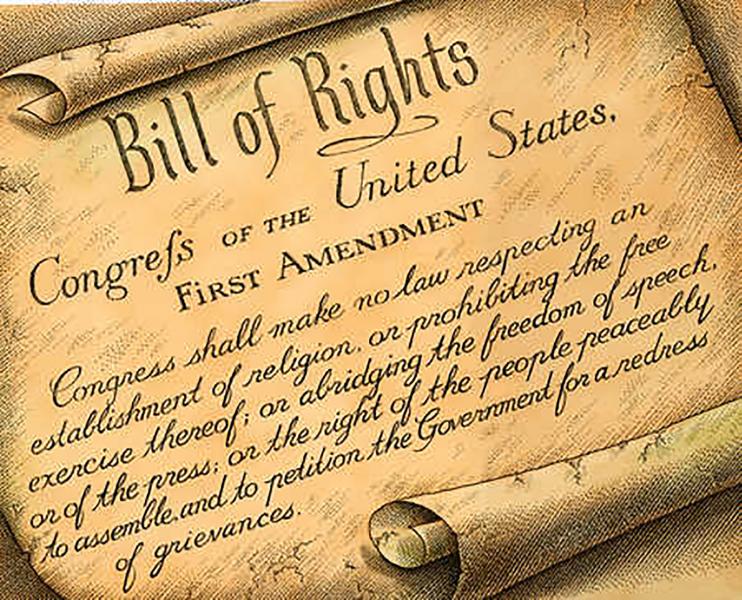 “Congress shall make no law respecting an establishment of religion, or prohibiting the free exercise thereof; or abridging the freedom of speech, or of the press; or the right of the people peaceably to assemble, and to petition the government for a redress of grievances.”

Those are only four words, but they are at the very heart of liberty.  No matter how much we banter on and on about “Constitutional Rights,” the fact remains that rights are only valid if they can be exercised. Freely exercised.  Not bound or encumbered or restrained by any overriding source.  Rights do not require a permission slip or the approval of some higher human source.

Our rights are inalienable.  That is the term that our Founders put in the Declaration of Independence which was the Mission Statement of the future United States of America.  Before we dive in, perhaps it is important that we do a shallow dive into the meaning of words.  By the way, our rights are God-given rights, not Constitutional rights.  The Constitution puts limits on GOVERNMENT, not the people.  Our rights come from GOD and not from Government.  There is no such thing as CONSTITUTIONAL rights.

That is Civics 101.  Government does not grant rights.  The Constitution RESTRAINS the government.  The Government has ONLY those powers gran ...