A Nation That Fails to Pray Descends into Chaos 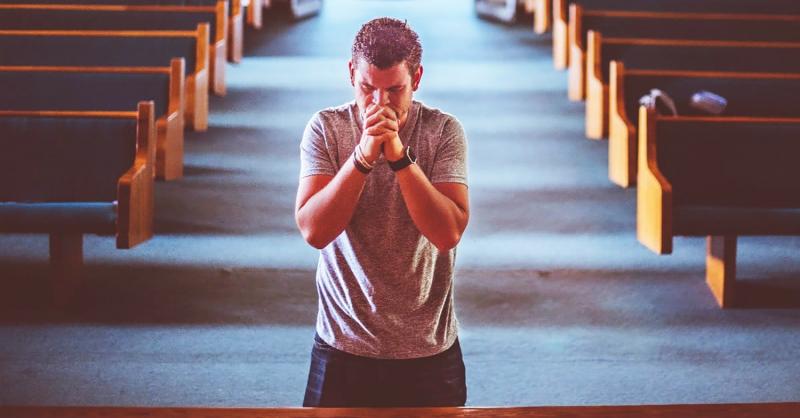 Complimentary Story
“I exhort therefore, that, first of all, supplications, prayers, intercessions, and giving of thanks, be made for all men; for kings, and for all that are in authority; that we may lead a quiet and peaceable life in all godliness and honesty. For this is good and acceptable in the sight of God our Savior; who will have all men to be saved, and to come unto the knowledge of the truth.” (1 Timothy 2:1-4 KJV).

The words that we see the Apostle Paul exhorting young Timothy with are not for Timothy alone, but by extension are for the faithful of all ages. The book of Romans makes it clear that it is written for us. “For whatsoever things were written aforetime were written for our learning, that we through patience and comfort of the Scriptures might have hope.” (Romans 15:4 KJV).

We see that the Apostle Paul instructed his son in the faith to engage in serious prayer and intercession for all men, for kings and for those who are in authority. The premise is simple: if we pray and intercede for all men, kings and those in authority we can lead peaceful and quiet lives in all godliness and honesty. The basic question I want to ask, and pose to you the reader, is:  does failing to do these things result in us not having a quiet and peaceful life? Simply put, yes, failing to pray results in chaos. How can we expect to live a peaceful life if we do not commune with the God of peace in prayer?

In Genesis we see an interesting encounter between God and Abraham in which Abraham “negotiates” with God to not destroy the righteous with the wicked.  Then he said, “Let not the Lord be angry, and I will speak but once more: Suppose ten should be found there?” And He said, “I will not destroy it for the sake of ten.” (Genesis 18:32 KJV). It is my belief that if God would have spared Sodom and Gomorrah for ten righteous men, how much more would He do for righteous men and women who fall upon their knees and pray for this nation in serious intercessory prayer? I am not talking about “Now I lay me down to sleep…”  but rather the kind of prayer that begins on our knees with a broken heart and a boldness that only the Holy Spirit, speaking through the mouths of men,  can bring. When was the last time we got down on our knees, brothers and sisters, and truly poured our hearts and souls out to God in prayer? There is power in prayer and the enemy knows it. I believe that a big reason that the lockdown of churches took place was both because the enemy knew the power that lies in prayer, and the saints had either forgotten it or never knew it at all.  We should expect lives to change, deliverance to happen and bonds to be broken when the repentant believer goes to war in prayer.

We are seeing the utter collapse of all we have known as the fabric of society unwinds — largely because we have trivialized prayer and failed to both understand it fully and engage in it seriously with fervor and zeal. If Abraham would be bold enough to go to God for the cities of the plains, why will the average believer fail to go to God for our own cities? I suggest the answer lies between ignorance and apathy. I assert that the systemic failure in the American Church today is ignorance in the pulpits, and apathy in the pews. Sadly, if you polled Christians about the assertion that I just made, many would respond with a resounding “I don’t know and I don’t care.”

We need to move beyond perfunctory prayer, a prayer done simply for the sake of getting rid of the duty to pray, and into the deeper waters of effectual and fervent prayer. We see the kind of prayer we should be engaged in not only in 1 Timothy, but in the book of James where the power of prayer to heal is clearly outlined “Confess your faults one to another, and pray one for another, that ye may be healed. The effectual fervent prayer of a righteous man availeth much.” (James 5:16 KJV).

I will leave you with what the Apostle Paul went on to say to Timothy regarding supplications, prayer, intercession and giving thanks. “For this is good and acceptable in the sight of God our Savior; who will have all men to be saved, and to come unto the knowledge of the truth.”

Is it our prayer that all men would be saved and come to a knowledge of the Truth?