Harvard Making Changes that Would Make their Founder Weep 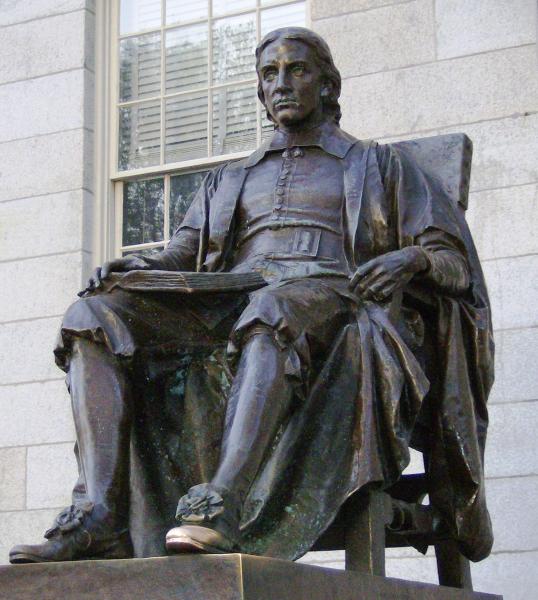 The statue of Puritan John Harvard in Harvard Yard is weeping today.

The Daily Mail reported Harvard University (whose degree used to mean something) has named a devout atheist to be its new head chaplain (over 40 other chaplains) who wants to be known as a “humanist rabbi.” The over-priced, over-touted, and over-endowed school says, “it’s catering to the 40% of students who are NOT religious or agnostic.” But then, I thought they had done that for 50 years. The newly appointed religious leader said, “We don’t look to a god for answers.” Well, I know that’s been going on for more than 50 years.

Furthermore, Harvard Medical School continued to rewrite their history when they removed portraits of 31 of their past presidents because 30 were white. One of its former presidents has been designated a “racist, homophobic, antisemitic (sic), and xenophobic.” While I hesitate (a little) to defend such a person, it is not scholarly (or honest) to deny history. He did help make Harvard what it is, and all scholars stand on the shoulders of past dead, male, and white intellectuals. Harvard will still accept donations from white, dead (or living) males to fund scholarships to POC whether they qualify as students or not. All Harvard officials who sign on to such reverse racism might deserve a quota-hired surgeon when they need a triple heart by-pass.
...