Who's the Primary Stakeholder? 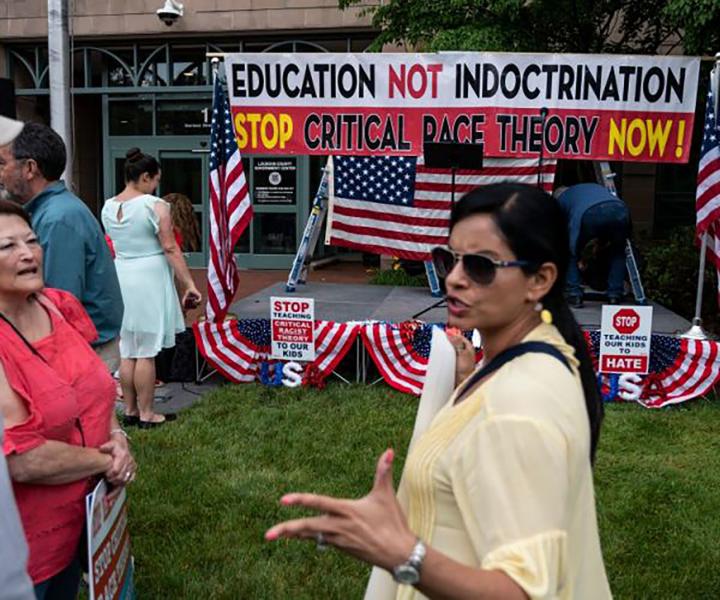 Complimentary Story
This just might be the modern-day equivalent of the “shot heard ‘round the world.” “I’m not going to let parents come into schools and actually take books out and make their own decisions….I don’t think parents should be telling schools what they should teach.”

That statement was made by Virginia’s Democratic gubernatorial candidate Terry McAuliffe. He was responding to said in response to his Republican challenger Glenn Youngkin who said that while McAuliffe believes “school systems should tell children what to do,” Youngkin believes “parents should be in charge of their kids’ education.”

Let’s add another. Biden’s Educational Secretary Miguel Cordona recently was testifying before the US Senate Committee on Health, Education, Labor and Pensions. Senator Mike Braun from Indiana asked Cordona: “Do you think parents should be in charge of their child’s education as the primary stakeholder?” The Secretary responded, “I believe parents are important stakeholders, but I also believe educators have a role in determining educational programming.”

Note that wording. Secretary Cordona didn’t say parents are the primary stakeholders in their child’s education. In his worldview, they are just “important stakeholders.” Big difference.

And finally, the National School Boards Association has written a letter to Biden asking him to consider whether irate parents who are confronting school boards over COVID restrictions and the teaching of Critical Race Theory could be considered domestic terrorists, who are violating the Patriot Act and committing hate crimes.

What we are dealing with here is a basic, foundational issue. Who is the primary stakeholder in a child’s education, as Congressman Braun put it? Not that many years ago in America’s history, nearly everyone would have agreed on the answer, and it wouldn’t have been educators. It would have resoundingly been parents.

But we’ve had a seismic shift in this country ideologically. It’s a shift that invariably happens when the truths of God’s Word are exchanged for the lies of Satan. When enough people, especially people in decision-making positions, believe the lies more than the Word of God, truth is turned on its head in ways that impact entire societies.

Scripture makes it unequivocally clear that children are gifts from God given to parents to steward — meaning seeing to their upbringing, meeting their needs, teaching them truth, making decisions in their best interest, and all that goes into parenting. Satan’s lie is that parents are obstacles; that they don’t know best, that the state and its agents know best. Satan does everything he can to separate kids from their parents, to create animosity and dissension, and to woo kids to those who don’t truly know them nor have their best interest at heart.

Schools have become one of the main battlefields. Parents used to be able to trust schools to support them and their values, to encourage children to trust and confide in their parents, and to teach Judeo-Christian values. Those days are over. The problem is we have way too many parents who either won’t admit that or aren’t involved enough to realize it.

If I ever thought the public schools could be redeemed, those days are over. The secular, godless worldview expressed by Terry McAuliffe, Secretary Cordona, and the National School Board Association is too pervasive and invasive. We now have at least two generations of teachers and administrators who were educated by extreme progressives in liberal, secular, humanistic universities and colleges. They believe as they have been indoctrinated and teach and administer as they’ve been taught.

Parents should be alarmed by the statements I gave at the beginning. Frankly, they should be alarmed enough to take action. Appearances before school boards, holding school board members and school officials accountable and even getting new people elected are all important. But ultimately, parents need to do soul-searching about whether the public school is truly best for their children. That may not be easy, but it’s a search and discussion that needs to happen.

In His infinite wisdom God holds parents responsible for the education of their children; they are the primary stakeholders. While parents can choose a partner to assist in the formal education of their children, whether that partner fails or succeeds, God never shifts the ultimate responsibility. It’s always on parents. That’s a truth that parents need to embrace for the sake of the children entrusted to their care.