Vaccine Mandates Target Americans of Faith, and It’s Time for Us to Take a Stand 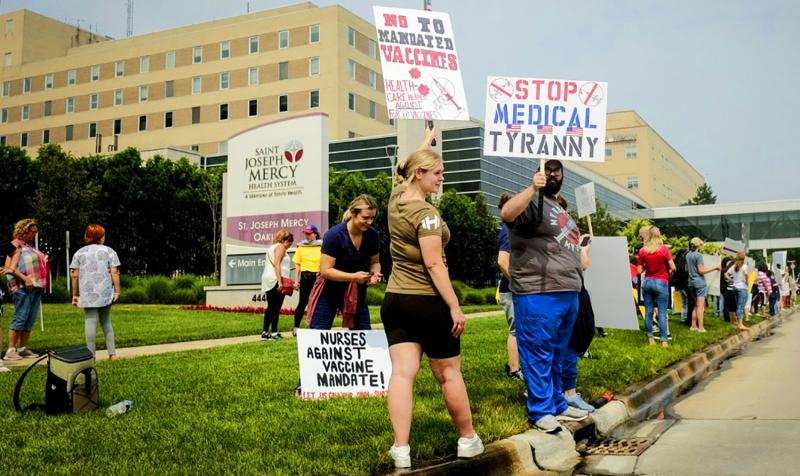 There’s been an outcry across America in response to President Biden’s incredible COVID-19 vaccine mandate overreach, and rightly so: what happened to individual choice, the rights of businesses and employees to engage in private negotiations and limited government?

Religious Exemptions for Vaccine Mandate
But for people of faith, what’s even more concerning is how President Biden’s Surgeon General, Dr. Vivek Murthy, made clear his mistrust of religious exemptions for the vaccine. Any person who says their faith prevents them from taking the vaccine in good conscience must be “monitored,” according to Dr. Murthy, to weed out supposedly ingenuine claims.

As Christians, Dr. Murthy’s words should be deeply alarming. The Biden administration is making itself judge and jury on who gets a religious exemption and who doesn’t, whose beliefs are “sincerely held” and whose aren’t. “Unfortunately, as a country, we have experience in dealing with exemptions,” he said. Unfortunate, isn’t it, how religious liberty stands in the gap to protect Americans from government tyranny?