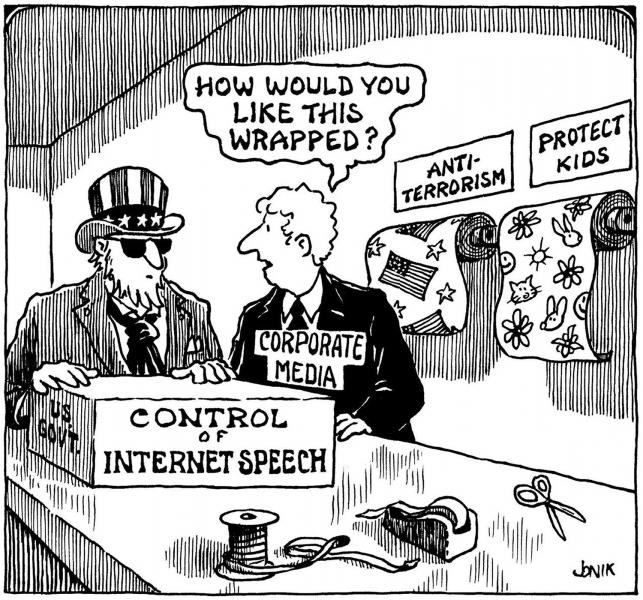 In his retirement speech at the prestigious New York Press Club, the man whom newsmen called “The Dean of His Profession,” John Swinton, the Editor and Chief of Staff of the New York Times, stated his real concern in covering the ideology of a “free” press:

“There is no such thing, at this date of the world’s history, as an independent press. You know it and I know it. There is not one of you who dares to write your honest opinions, and if you did, you know beforehand that it would never appear in print.

“I am paid $150  weekly for keeping my honest opinions out of the paper I am connected with. Others of you are paid similar salaries for similar things, and any of you who would be so foolish as to write honest opinions would be out on the streets looking for another job. If I allowed my honest opinions to appear in one issue of my paper, before 24 hours my occupation would be gone.

The business of the journalist is to destroy the truth; to lie outright; to pervert; to vilify; to fawn at the feet of mammon, and to sell the country for his daily bread. You know it and I know it and what folly is this toasting an independent press? We are the tools and vassals of the rich men behind the scenes. We are the jumping jacks, they pull the strings and we dance. Our talents, our possibilities and our lives are all the property of other men. We are intellectual prostitutes.” – John Swinton, 1914, former Editor,  New York Times.

The Press narrates approved missives, like any prostitute  soliciting money for “tricks.” Note the admissions:

1). “We (the media) are the tools and vassals (i.e., slaves) of the rich men behind the scenes. We are jumping jacks, they pull the strings and we dance.

3).  The job of the journalist is to destroy the truth, to lie outright. To vilify, pervert and to sell the country for their daily bread.

4). There is no such thing as an independent Press.

5). It takes massive amounts of money to control so vast an influence. Where do they get the money? And for so many years (1914 – today)? If you answered “the taxpayer, their own pockets, or fiat money printing presses, you would be missing the most important answer by a country mile. (See the upcoming Trojan Horse articles).

2).  Doublespeak: The “Come on” of the Prostituted Press

“Doublespeak” is the term used to describe “a pretense to communication.” For example, there are no potholes in the streets of Tucson, Arizona. There are “pavement deficiencies.” An automatic teller machine was not “robbed.” What occurred was an “unauthorized withdrawal.” In some hospitals, patients do not “die.” There is simply a “negative patient care outcome.” A neutron bomb is “a radiation enhancement device.” Selling used cars is really selling “experienced” cars. In Pentagon jargon, there is never an “invasion.” Such is really a “predawn vertical insertion.” “Laying off workers” is “initiating a career alternative enhancement program.” Outright lies include people dying of other diseases and accidents are listed as COVID deaths.

“Doublespeak” is the subversion of language to distort truth. George Orwell made reference to such subversion in his “Politics and the English Language.” He described, not the deficiency of language, but its abuse. Orwell,  in his prescient book, 1984, gave a graphic portrayal of “Big Brother,” showing the controlled and benevolent sounding language of deceitful tyranny. Doublespeak is a language abused for power, deceit, manipulation, and thought control.

Why is this obvious abuse of language so very effective? William Lutz, author of the national best-selling exposé DOUBLESPEAK and professor at Rutgers University, explained the insidious purposes of this frightening means of communication:

Obviously, to conceal is to hide agendas and mask real intent. Most understand this abuse of truth. However, to prevent thought is not well understood. “Preventing” thought means the language is so engineered as to divert suspicion, circumvent real meaning, lessen impact, appease objection, relieve anxiety, soothe tension and even enlist support for issues which otherwise would be objectionable if presented honestly.