Giving In is Giving Up 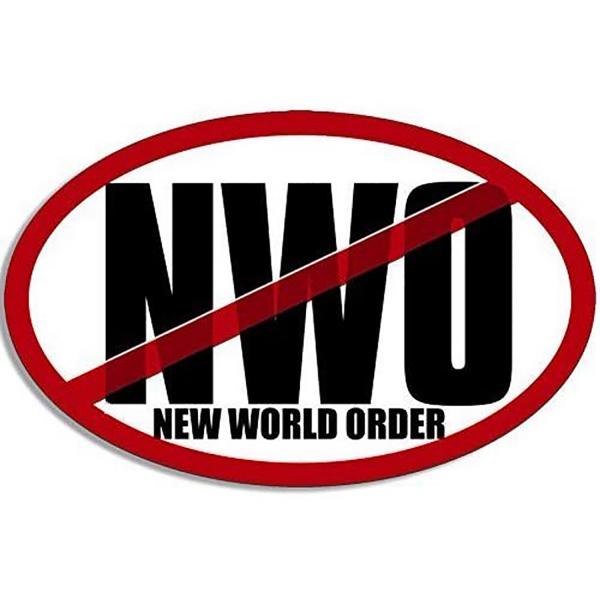 Complimentary Story
Retired professor of legal history Stephen B. Presser recently wrote “…the COVID measures may have been only a dress rehearsal for even more draconian sacrifices to be enforced in the name of preventing harmful climate change” (Chronicles, 9/21).   If Presser is correct, we can also conclude that resistance by 100 million Americans to the vaccine mandates is a dress rehearsal for mass resistance to upcoming tyrannical measures that would further the climate change hoax.

Christians who would automatically be submissive to such edicts and executive orders rely mainly on Romans 13:1-4 – to wit: “Let every person be subject to the governing authorities.   For there is no authority except from God, and those that exist have been instituted by God.   Therefore, whoever resists the authorities resists what God has appointed, and those who resist will incur judgment.   For rulers are not a terror to good conduct, but to bad.   Would you have no fear of the one who is in authority?   Then do what is good, and you will receive his approval, for he is God’s servant for your good.   But if you do wrong, be afraid, for he does not bear the sword in vain.   For he is the servant of God, an avenger who carries out God’s wrath on the wrongdoer” (ESV).

Other verses calling for submission to government include (1) Hebrews 13:17, which states in part “Obey your leaders and submit to them, for they are keeping watch over your souls…”; and (2) 1 Peter 2:13-14, which states “Be subject for the Lord’s sake to every human institution, whether it be to the emperor as supreme, or to governors as sent by him to punish those who do evil and to praise those who do good.” (Both ESV).

On the other hand, in Acts 5, after disobeying orders by the Sadducee council to stop preaching the Gospel of Jesus, Peter and the apostles were jailed – but an angel let them out and told them to go to the synagogue and continue preaching.   The council hauled them in again.   Their response to all this was: “…we must obey God rather than men” (5:29, ESV).   After they were warned again and released, they immediately disobeyed the council again by continuing to preach and teach Jesus.

At the time of the early Church, the known world was controlled by Caesar, one man who exerted total power over all the people.   He was the government.   Councils like the Sadducees in Jerusalem were to carry out his will and keep order.   In America, the civil authority over all Americans is not any one person, but is the US Constitution with its Bill of Rights and Amendments.   Indeed, in order to prevent tyrannical concentrations of power, the Constitution explicitly sets forth safeguards like federalism, checks and balances, and separation of powers.   Clearly, then, neither the office of president, nor the Congress, nor the Supreme Court is “the government,” and none of the branches can legally act outside their prescribed limits of authority.   But they do – and have for years.

What muddies the waters even more is that while the president, all governors, legislators, judges, and other officials at all government levels take an oath to uphold the Constitution, nearly all of them, especially at the federal and state levels, break that oath sooner rather than later – some, as with our current president, on the first day after they’ve been sworn.   In the Bible, God instituted human government to mediate and restrain evil on the earth, but what if most of our government leaders themselves become evil?   What can good Christians do but resist?

That said, we are now witnessing mass resistance to mandatory vaccine edicts by as many as 100 million people – many on Christian grounds that the vaccines’ makeup involves aborted fetal parts, many because they have concerns about the vaccines’ safety, and many others simply because the vaccines are being forced upon us.   And I have no doubt that if the president had come up with his mandates in, say, April, there would be even more resisters at this time.   At this writing, OSHA has not yet revealed how it will enforce the mandates with employers, but there are already lawsuits aplenty, some as class actions, to forestall these clearly un-Christian and unconstitutional mandates.   Also, 24 state governments (so far) are threatening legal action.

While some (or maybe many) Christians would undoubtedly advise submission to the mandates, based on Romans 13, etc., my prayer is that the resisters remain resolute and that the Lord keeps them safe.   Meanwhile, it makes no sense for government supporters to claim that unvaccinated people pose a danger to the vaccinated – unless, of course, the vaccines offer only protection against severe symptoms but not against actual infection or transmission (which now seems to be the case).

Let’s look at the climate change issue.   There are several Green New Deal proposals waiting in the wings to be acted upon – either by vote of a left-controlled Congress or by a Biden executive order – but here are two that seem to be at the front of the line: (1) establishment of the Civilian Climate Corps (CCC); and (2) the institution of mandatory personal carbon allowances.   (That word “mandatory” seems to come up a lot these days, doesn’t it?)

One pundit described the CCC as “the biggest mobilization of government labor since the New Deal.”   The idea is to deploy what amounts to an army of (mostly young) unelected bureaucrats using taxpayer money to travel around and “educate” you and me on the virtues of solar panels, wind turbines, electric cars, etc.   Of course, the “education” would be one-sided, stressing “benefits” but omitting the costs or consequences (unintended and intended).   The same pundit goes on to describe the CCC as “a slush fund for progressive activism…that would burden taxpayers with massive debt – without any impact whatsoever on the global climate.”

Back in the 1930s, the New Deal’s original CCC (Civilian Conservation Corps) was in no way based on ideology and actually had value in terms of putting unemployed young people to work on useful projects such as building wilderness trails, campsites, etc.  The Biden CCC, however, is primarily ideological, with the purpose of advancing the progressive agenda.   The idea makes me think of an army of Nazi brown shirts, because it might not be long before “things would happen” to those who openly disagree.

The other proposal – mandatory personal carbon allowances (PCAs) – would result in unprecedented governmental control over individual lifestyles and lives.   Specifically, a PCA mandate would assign every US adult an equal and tradeable carbon allowance that would be reduced in amount each year until national carbon reduction objectives were met.   Among other things, it would affect how much you drive your car, how much heat and power you use at home, how much care you give your property, how you “play,” and even the food you eat, the clothes you wear, and everything else you buy.

The PCA idea takes me back to when I was a schoolboy during World War II.    My father was in the army, and we lived in my grandparents’ house.   We were given ration books then, and on Saturdays my mother would send me out to all the neighborhood grocery stores (there were several back then) to find butter, sugar, and/or other items.   You see, having the butter, sugar, etc. ration stamps for the week was one thing, but actually finding the items was quite another.   Life under mandated PCAs would be similar.

How would the PCA system work?   Basically, the government would establish digital mechanisms to track your payments for transport fuel (at the pump), home heating fuel (via the vendor), and electricity bills (via the power supplier).   Regarding food and other items that you typically buy, those purchases may also end up being tracked – because at least one PCA design proposal being considered includes consumption-related emission values for a host of common products.   Thus, if you buy that steak or new coat, Big Brother will know it and deduct from your allowance.

What if you use your year’s allowance before the year is up?   Simple.   You’d be able to buy additional PCA units in a PCA market from those with excess units to sell.   You can be a seller, too – and by living a “Little House on the Prairie” existence, you could start building a bank account.   And fear not – wealthy people like our chief climate hoaxer John Kerry would buy your excess PCAs to help run their private planes.

Regarding this PCA proposal, columnist Wesley Smith writes: “All of this would have once been beyond belief…[but]…emboldened by our compliance with supposedly temporary public health measures, our would-be technocrat overlords see a chance to seize permanent autocratic control” (The Epoch Times, 9/15/21).

Is there any doubt that these mandates and proposals are evil?   And are we not called to resist evil, to turn away from it (Psalms 34:14)?   If God is our source of freedom on these issues, can government take it away?   The fact is, not only is freedom central to the Bible, but the Bible is central to freedom.   Franklin and Jefferson knew that when they proposed this motto for the US great seal: “Rebellion to tyrants is obedience to God.”

It’s true that we are called to be compassionate toward unbelievers who propose and support these evils – because for them, this is as good as it’s ever going to get.   But never forget that when Christianity all but died in Europe in the 20th century, it was replaced by fascism, Nazism, and communism.   Don’t give in.