Stay Out Of the Hospitals; Don't Take the 'Jab!' 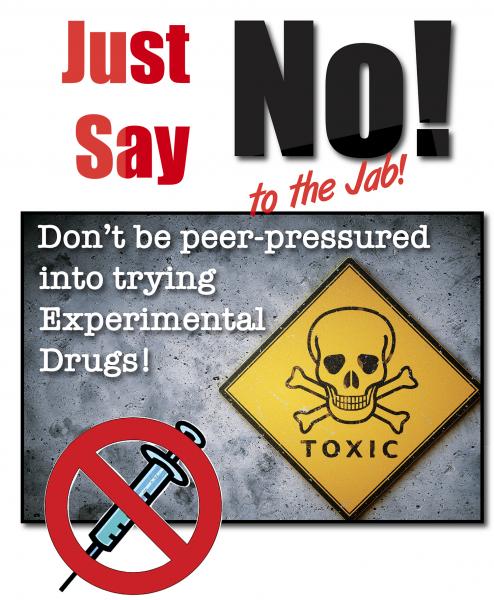 I recently shared with you the Globalist plan for planetary genocide — mass depopulation of the Earth, which has long been the dream of people like Bill Gates, Anthony Fauci, Klous Schwab, and Luciferian “elites” throughout the world, in preparation for their “Great Reset” which has already been launched.

Their method is the COVID so-called “vaccines,” which in fact, are not vaccines at all, but experimental DNA- and RNA-altering poisons. I told you how — according the the CDC’s own VAERS data — more than a half million people in the US alone have suffered severe and terrible side effects, including strokes, heart failure, blood clots, brain disorders, convulsions, seizures, paralysis, Bells Palsy, inflammations of the brain and spinal cord, autoimmune diseases, miscarriage, infertility, deafness and blindness.  I also shared that in addition to these “side effects,” more than 16,000 people have “officially” died as a result of these injections.

Of course, we must remember, if a person dies within two weeks of receiving a shot, health officials claim those deaths are mere coincidence, and have nothing to do with the injections themselves.  We also know that these are simply the CDC’s “official” numbers and that only between 1 and 10 percent of all adverse side effects are ever reported to the ...