The Lies That Blind 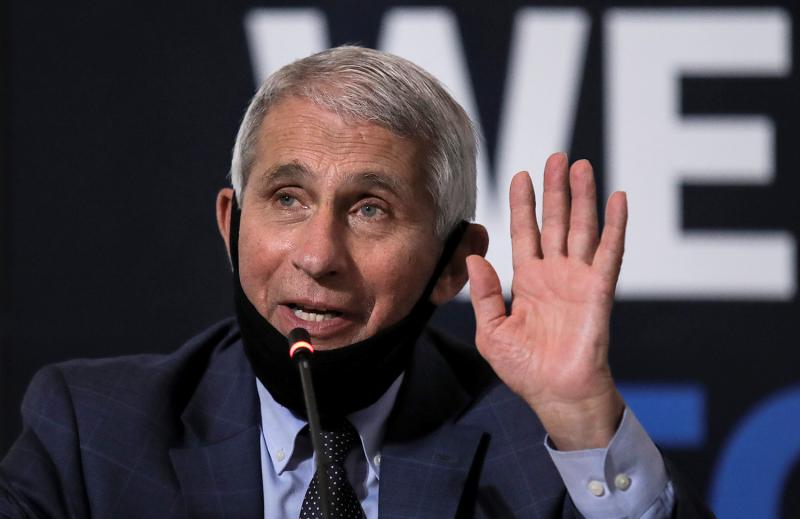 Complimentary Story
The lies become more blatant as the truth becomes more inconvenient for those pushing the lies. The delusion is rampant and the propaganda machine by the Orwellian “Ministry of Truth” (corporate media and social networks) is in overdrive.  A quote attributed to Mark Twain “it’s easier to fool people than to convince them that they have been fooled” has never been more relevant. It’s not hyperbole to suggest that a large number of Americans have been fooled into believing provable lies that could result in not only the destruction of our nation, but of our personal demise as well. To the reader, I submit that this is a coordinated and planned destruction by a slimy cabal of unelected, globalist leaders and their highly paid minions. Their goal is nothing short of imploding and capturing our nation and killing off anyone who refuses to live under their subjugation. Here, I will make my case.

The “pandemic” of SarsCov-2 and the response by Western nations is the mechanism being used to usher in total global control over every person in every nation. Even if it was not specifically created for this purpose, it is being exploited just the same. The COVID-19 response was used to justify unlawful changes in our national election, unconstitutional and irrational mask mandates, lockdowns, the deliberate decimation of small businesses, church closures, and countless other assaults on our personal liberties. To date, the majority of Americans have tolerated and complied with every overreach. With such compliance, the assault on our freedoms will continue until we can no longer function as a nation. We’re almost there. Without immediate civil disobedience, a violent end is inevitable.

Tyranny Delivered by Lies
On November 4, 2021, the U.S. Department of Labor, Occupational Safety and Health Administration (OSHA), finalized the process requiring employers of more than 100 people to mandate vaccination as a condition for employment in the U.S. under an Emergency Temporary Standard (ETS). The new rules were published in the Federal Register on November 5, 2021 and take effect on December 5, 2021. Employers are required to have all employees comply with their “final” vaccinations and testing by January 4, 2022, sixty days after publication.

The magnitude of this latest and most incisive governmental overreach borders on a tyranny not seen since the Revolutionary War. Also, our nation has not been so divided since the Civil War. The division is deliberate and based on carefully orchestrated lies exposed here.

The Lies of Fauci & Friends
First, it should be clear to most informed people that the novel SarsCov-2 virus, known as COVID-19, was developed in at the Wuhan Institute of Virology by scientists engaged in “Gain-of-Function” (GoF) research. Simply stated, Gain-of-Function is the process of making a virus more infectious and lethal. By that definition, GoF can also be used interchangeably with “weaponization,” especially when viruses that are found in bats, for example, are modified in such a manner that permits people to become infected with a deadly virus that never before existed in humans.

This type of laboratory experimentation is as dangerous as it appears and was methodically deliberate. During this period, GoF experimentation was being actively performed and partially funded by Western organizations, including the National Institute of Health (NIH) while under the direction of Francis Collins, and National Institute of Allergy and Infectious Diseases (NAIAD), headed by the face of the COVID-19 pandemic, Anthony Fauci. The funding was funneled through the NGO EcoHealth Alliance, an organization run by Peter Daszak. Others, including Bill & Melinda Gates, through their foundation, funneled grants for the Wuhan initiatives. Not coincidentally, perhaps, on November 2, 2021 while attending the COP26 summit, Bill Gates warned international authorities, including the World Health Organization, that yet another and potentially worse bioterrorism attack is “imminent.”  Remember these names, for they are the orchestrators of, or the highly compensated foot soldiers for, the “Great Reset.”

When the COVID-19 pandemic erupted in Wuhan, a cover-up began that included Collins, Fauci and others to obfuscate the origin of the virus. The spin machine went into overdrive; those engaged in GoF research and funding vociferously denied their involvement and worked together to promote a “natural origins theory” while dispelling any discussion that the virus originated inside the Wuhan lab. Such denials were spearheaded by Fauci and involved a number of leading Western scientists.  The natural origins narrative was pushed by the corporate media and any questions about the validity of the virus origin were “fact-checked” and censored from social media. Research and investigation would prove their denials to be blatant lies and the censors to be complicit in this crime against humanity.

Investigation found that the Wuhan Institute deleted its entire database of over 22,000 previously unreported virus samples on September 12, 2019, months before the public emergence of the novel SarsCov-2 virus. In June 2021, 3,234 pages of emails were obtained through the Freedom of Information Act and reviewed by this investigator. They revealed that a small group of scientists and other policymakers, headed by Fauci, created and agreed upon the “natural origins narrative.” This cover-up was created during a secret teleconference that took place on February 5, 2020 between Anthony Fauci and a dozen other officials that would be used to conceal their GoF experiments from the Trump administration and the public. This teleconference resulted in a coordinated effort to actively discredit any discussion that COVID-19 originated in a lab, or that Fauci, either directly or indirectly, funded any GoF experiments.

Changing Definitions to Hide Their Lies
During a heated Senate hearing on November 4, 2021, Kentucky Senator Rand Paul called on Anthony Fauci to resign as head of the NIAID and as White House chief medical advisor. Despite substantial evidence of his GoF funding and cover-up, Fauci arrogantly denied his complicity. In a subsequent television interview, Senator Paul said, “no amount of smarmy word salad will get Fauci out of the fact that he lied before Congress.” Interestingly, Senator Rand Paul confronted Fauci with documentation that the NIH admitted to funding GoF research and the NIH edited its website to redefine what constituted gain-of-function experiments.

To conceal their complicity, the NIH narrowed its Gain-of-Function definition to focus only on “known and established human transmission,” instead of any potential dangers to humans. In investigative circles, this is known as “consciousness of guilt,” and it is damning. History, if it is to be written, will not be kind to Fauci or his complicit globalist planners. However, it does not stop there.

From the establishment of the CDC through 2015, the definitions of what constitutes a vaccine and the process of vaccination remained consistent. A vaccine was defined as a product that produces immunity therefore protecting the body from the disease. A vaccination was defined as the act of introducing a vaccine into the body to produce immunity to a specific disease.

On September 1, 2021, those definitions were quietly changed. Currently a vaccine is defined as “a preparation that is used to stimulate the body’s immune response against diseases,” and a vaccination is now defined as “the act of introducing a vaccine into the body to produce protection from a specific disease.”

The above changes, however subtle they appear, were necessary to be consistent with the new narrative that vaccines and vaccinations no longer provide immunity to a specific disease, but merely offer the lesser “protection.” They also permit mRNA and subsequent DNA manipulation. This change justifies the endless need for “boosters,” which provides the platform for continued genetic manipulation of human DNA, more insidious surveillance and ultimate control over the population. Perhaps more importantly, these changing definitions will continue to fool people who are not paying attention to the criminality of those making such changes.

Rules For Thee
If the blatant lies and changes of definitions fail to convince people that what we’re experiencing has nothing to do with health, perhaps noting the people and organizations who are not required to submit to the unconstitutional and arbitrary mandates, including the latest OSHA ETS. “Vaccination” compliance is not required by any of the 15,000 people working at the CDC, 14,000 employees of the FDA, nearly 6,000 employees working at the White House and within the Executive branch, 2,500 employees of Pfizer, 120,000 employees of Johnson & Johnson, 1,500 Moderna employees, and all members of congress and their staffs. Any person of reasonable sensibilities would demand to know the reason for these exemptions.

These are just a few of the countless lies and inequitably deployed mandates that exist about the bioweapon unleashed on humanity by a slimy, criminal cabal of globalists pushing for their centralization of power. They are just a few of the “lies that blind” those who are unwilling or unable to see the big picture.