Why Did God Send His Son to the Earth as a Baby? 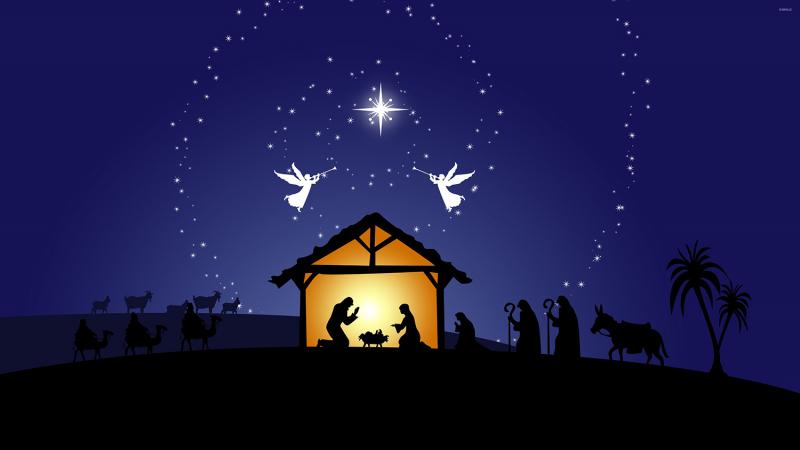 Complimentary Story
“I think a baby is a sign of love,” says Casey, age 9. “God sent our Savior as a baby because when babies are born, everybody thinks they are special,” says Buck, age unknown.

Yes, babies are special signs of love, but there’s more to the story, says Richard, 9: “God sent our Savior as a baby because kings would want to kill him. If he was big, he would be easily tracked.”

An angel warned Joseph in a dream to flee to Egypt. Herod, the Jewish king, felt threatened when wise men from the East showed up asking, “Where is He who has been born King of the Jews?”

If Jesus had come with great fanfare, King Herod would have sent his soldiers to a specific house in Bethlehem. Instead, he ordered the massacre of all children in Bethlehem two years old and younger.

“God sent our Savior as a baby because He wanted to show us that God is our Mighty God and that even a baby could lead us to the right path,” says Karly, 11.

“The mystery of godliness” describes the ultimate paradox. Who can comprehend the depth of the descent Jesus experienced when He left the glories of heaven to enter a world dominated by self-centered people?

Almighty God experienced the limitations of humanity. Jesus grieved over people who rejected Him and His mission to save the world from being separated from His Father. His own disciples, like others, thought the Son of God would come in great power and majesty to set up an earthly kingdom. Even they weren’t above jockeying for position in His kingdom.

God’s way is different, says Stewart, 12: “If Jesus didn’t come as a baby, people would be convinced immediately that He was the Son of God.”

During His ministry, Jesus spoke of those who have eyes to see and ears to hear. God’s ways are often hidden. An angel announced the birth of the Savior to shepherds watching over their flocks by night, not to government officials in Jerusalem or Rome.

The greatest drama in all history unfolded that night in Bethlehem, yet VIPs were conspicuously absent. The emperor in Rome probably had never heard of Bethlehem. Even for the majority of residents in this small, obscure town, it was a routine night.

Spiritual reality is like that. Usually, it doesn’t come with flashing neon lights. It’s subtle, small and seemingly insignificant. Those with spiritual eyes see it.

“I think God came as a baby because He wanted us to know that He is humble and a servant,” says Will, 11.

Will’s comments remind me of the Apostle Paul’s summary of Jesus’ incarnation: “Though He was God, He did not think of equality with God as something to cling to. Instead, He gave up His divine privileges; He took the humble position of a slave and was born as a human being.

When He appeared in human form, He humbled Himself in obedience to God and died a criminal’s death on a cross.” (Philippians 2:6-8, NLT).

Thanks be to God for his indescribable gift.  Merry Christmas!

Think about this: Almighty God sent His Son to this Earth as a baby born into humble circumstances.

Memorize this truth: Philippians 2:6-8 quoted above.

Ask this question: If God’s Son humbled Himself for us, shouldn’t we be more concerned about His reputation than our own?