There Is No Public Health Utility To the COVID ‘Vaccines’ 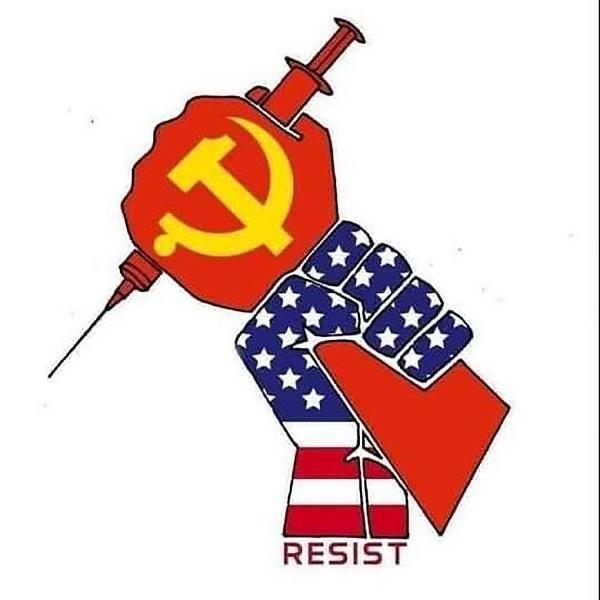 The current COVID ‘vaccines’ pushed by the Biden administration are not even purported to have the requisite property of conferring immunity — and they do not. All that is (itself dubiously) claimed of them is that they lessen the severity of the disease as experienced by the ‘vaccinated’ individual.

Those ‘vaccinated’ individuals can still catch and spread the virus to others — including others who are themselves fully ‘vaccinated.’

Further, ‘vaccinated’ individuals carry (and transmit) at least as much viral load as unvaccinated (as admitted by the CDC) — and possibly a great deal more.

Further still, contrary to the deceptions practiced by the ‘vaccine’ boosters in government and the media, infections among the ‘vaccinated’ have been occurring since the very beginning of the ‘vaccination’ rollouts (as admitted by the CDC).  This means that ‘breakthrough’  cases are not a consequence of ‘waning protection’ — the ‘protection’ has never existed, and the ‘vaccine’  manufacturers have never claimed that their products conferred immunity anyway. (By the way, be sure to note the admission that, “..the number of reported COVID-19 vaccine breakthrough cases is likely a substantial undercount of all SARS-CoV-2 infections among fully vaccinated persons.”)

Nor are ‘breakthrough’ cases the consequence of some special property of the so-called ‘Delta variant.’   As pointed out in these pages previously in a bit more detail, it is the ‘spike protein’ that makes the COVID virus dangerous. The ‘vaccines’ purport to directly (and exclusively) provide a defense against that singular feature of the virus.

All told, then, the ‘vaccines’ can be said to offer a private health benefit (to the extent that the claim of severity mitigation for the ‘vaccinated’ person is true). But they offer no public health benefit whatsoever.

Let me say that again, for emphasis, and so that you all will share this simple analysis everywhere and repeat it to every Kool-Aid-drinking death-cult nutcase until it sinks in and their eyes unglaze:

Further, of course: With no public health benefit resulting from ‘vaccination,’ there is no valid rationale for mandating ‘vaccination.’

SOMEWHAT IRONICALLY, the only persons actually incapable of catching or spreading the virus are those who have achieved natural immunity (that is to say, true immunity) through having caught and defeated the virus.  This means that those who abstained from the ‘vaccines’ even before all the evidence of their ineffectiveness at conferring immunity began to accumulate have actually been the most admirable and effective contributors to ‘public health’ threat mitigation in regard to virus transmission.

In light of the foregoing, the proper public policy at this point would be to immediately halt the ‘vaccine’ injections in recognition of their uselessness and the dangers attendant upon them.  Allow the virus to infect whoever it reaches — and, in fact, the more, the better.

Treat those who develop or are at risk of developing serious illness (or anyone infected who wishes it, regardless) with HCQ/Z-pack or Ivermectin (or any other safe and effective treatment which may subsequently emerge).  Let the virus run its course in all other cases without concern — harmlessly, if not entirely invisibly, as is already the case for most infections.

Every infected person will end up with actual immunity from the virus. That immunity will be full-spectrum, durable immunity, and not just to the ‘spike protein’ element of the current bug. Naturally-achieved immunity creates immune system memory and response to all of a pathogen’s thousand different elements, meaning to every possible ‘variant’ as well.

It is thus that COVID will be relegated to insignificance even among high-risk groups. While that process is running its course the world can immediately have a REAL ‘reset’ — right back to pre-hysteric normal.

HERE’S A FINAL THOUGHT: In order to facilitate that real reset to prehysteric times without a great deal of fuss and resistance, let’s all begin right now to generate some serious and appropriate deterrence.

Let’s start making it clear that any person found to have persistently distorted the threat of C19 or everyone found to have disparaged or suppressed safe and effective treatments for the virus, or anyone doing anything else calculated or naturally-disposed to keep panic alive in any other way will be deemed guilty of crimes against humanity. Let’s make it known that every unnecessary misery or death that results from those crimes will be laid at the feet of the guilty parties, with punishments to match.

I am sick of being bombarded with lies about death tolls and the safety and effectiveness of the ‘vaccines,’ and the persistent destruction of our rights and economies and the rule of law. But these things won’t ever stop their seasonal runs — on the C19 pretext or some other hobgoblin panic-mongering — until it becomes clear to the sociopaths responsible that there will be consequences.

“A nation of sheep begets a government of wolves.” -Edward R. Murrow

NOTES:
*Contrary to the bent notions of Jacobsen v. Massachusetts, this is not to say that any valid rationale for mandatory vaccines would otherwise exist even were an actual vaccine available. The availability of an actual vaccine capable of conferring real protection against infection eliminates any public threat from the unvaccinated. Any member of the public felt to be at risk can get the shot and be made safe, thus eviscerating any supposed public interest which could outweigh the personal autonomy rights of the unvaccinated.

**I am aware of claims made or implied to the effect that previously-infected persons have been subsequently re-infected. I do not subscribe to this proposition absent definitive proof that what is counted as the original infection was actually of C19, through either meaningful testing during the course of the illness, or positive C19 antibody testing afterwards. Such proof is not likely to be available with regard to any of the anecdotal ‘re-infection’ cases asserted in the record thus far, since the RT-PCR tests which will have been relied-upon to establish C19 infection is completely unreliable.

In light of the fact that re-infection of those who had been prompted to develop an immune system response by an actual C19 initial infection is so contrary to normal and millennia-long-established immune-system behavior after initial infection and recovery, I assume that the one or the other illness event was not actually of C19, and was instead one of the many other viral pathogens with symptomatic presentation similar to symptoms ascribed to C19 (which is a long and eclectic list).