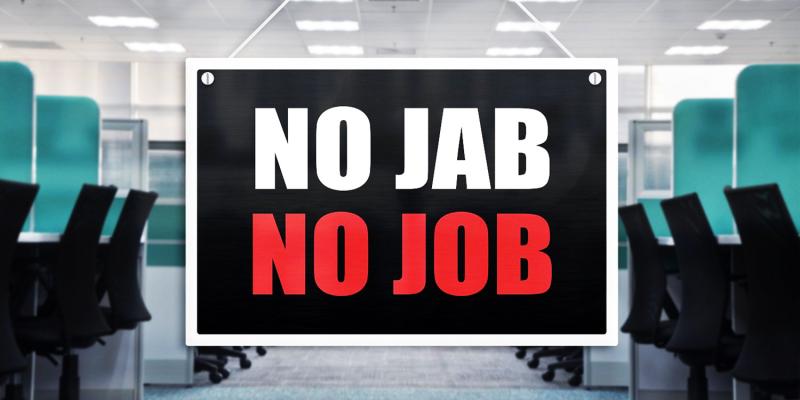 Complimentary Story
Emergency US Supreme Court sessions are rare. So, when the current high court announced the week of Christmas it was having an emergency session on Friday, January 7, to hear oral arguments on challenges to Biden’s vaccine mandates for employers and for healthcare workers, they had many peoples’ rapt attention.

The urgency is driven by how many people are affected by these mandates and the timing of their implementation. The employer mandate is under the auspices of the Occupational Safety and Health Administration, or OSHA, and demands that all employers with 100 or more employees require the employees to be vaccinated or submit to weekly testing. More than 84 million employees are affected by this mandate.

The health-care workers mandate requires that healthcare facilities get staff vaccinated against the coronavirus or lose funding from the U.S. Centers for Medicare & Medicaid Services, which administers the two large government healthcare programs, which millions of Americans and most every healthcare provider is in some way a part of. According to some reports, at least ten million workers are impacted by this mandate.

Both of these mandates are scheduled to go into effect either late last month or early this month.

Once again, I want to make it clear that organizationally we take no stand on the vaccines themselves. However, we do believe people should have the freedom to make such a personal health decision without being bullied, intimidated or threatened, or forced to a particular decision.

That said, we see this issue as about the authority of the federal government.  Does the Constitution allow the federal government, in particular through its bureaucratic agencies, to control private businesses, which would include the majority of healthcare facilities, and demand that their employees take a particular action related to their health? We also view this issue through the lens of religious freedom in terms of religious expression, which has been invoked by many employees in these situations.

To specifically address our religious freedom concerns with the OSHA employer mandate, we have joined with thirty other state family policy councils in filing a friend-of-the-court brief for the hearing this Friday. Our brief argues that religious freedom was a primary motivation for our earliest settlers and has been both recognized and protected at both the federal and state levels by Congress and state legislatures over the years. That said, government agencies, in particular federal agencies, have not been friendly to, respectful of, or appropriately solicitous towards religious freedom.

OSHA is not a law-making entity; it’s a bureaucratic department. Normally, especially with an issue as big and sweeping as this employer/employee mandate, a department would notify the public of the proposed policy and then allow time for people to comment. That didn’t happen with this OSHA vaccine mandate. They asserted, in an unprecedented way, an Emergency rule of some sort and bypassed any and all public input.

Of course, the best way for such policies or mandates to be done is through the legislative process. Had this happened, it is very likely that religious freedom would have had some kind of protection and not just trounced on as has happened with OSHA’s audacious action. Moreover, this legislative route, as provided for by our Constitution, allows “we the people” to be involved through our elected officials.

This mandate certainly impacts religious employees and their right to their religiously held beliefs, but it also impacts religious organizations that have 100 or more employees. Does, for instance, a religious organization that has a seriously held religious belief about this vaccine have to either directly disobey the law and hold to its beliefs or sacrifice its beliefs on the altar of a federal mandate in order to avoid fines and potentially closing its doors? Or does the ministry have to immediately downsize to get below the employee threshold and as a result put some people out of work?

This hearing before our nation’s highest court is ultimately about the rule of law. Is the Constitution set aside during an emergency? Is the free exercise and expression of religion a thing of the past? Do unelected bureaucrats have the authority to impose life-changing mandates on millions by invoking an “emergency?” This rare special Supreme Court session will tell us a great deal about where both this court and our country are.