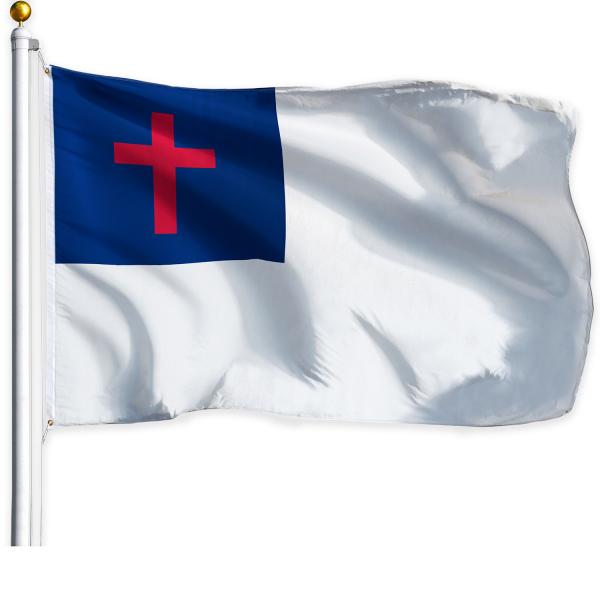 Complimentary Story
One mission of the Church is to infiltrate the culture; to influence the culture with biblical truth. That mission is encapsulated in the Great Commission: “Go and make disciples of all the nations…teaching them to observe all that Jesus commands.”

What has been happening instead? A number Christians and ministries have turned this command to infiltrate and influence the culture for God into a wholesale abdication of that responsibility and have instead accepted the methodologies of Satan and the strategies and thinking of this world system. In short, some in our ranks have become apostates.

These apostates have been aided and abetted by the same media that has, with vigor and malice, attacked everything holy, righteous, and good in a biblical sense. The same American media owned by enemies of America and enemies of God have enabled the apostates in our midst to carry their message of cultural surrender.

Until the mid-19th century, politics was downstream of Christianity. What that means is that until about the time of Lincoln, politicians looked to the Church for guidance, approval, and support. Politicians were not disconnected from their constituents like they are today.

This situation has been purposely and methodically inverted so that today, the Church is downstream of politics. That means pastors and ministry leaders accept whatever politicians say is just, moral, or good.

The strategies of Progressive, Leftist, Marxists who believe they are Christian (they are not) have been couched in terms of the political class so that the true agenda is hidden from those who blindly follow without questioning.

Words like “justice,” “compassion,” “understanding,” “equality,” and “inclusive,” are smoke and mirrors employed with great cunning.

Nice speeches, sermons, articles and books cannot hide the evil some in our midst have opened the door to and allowed into the sheep fold.
Some, who consider themselves “Christian elite” or are considered such by their admiring and unthinking supporters, are nothing more than a religious type of “good old boys club” that serves as an echo chamber for their glad-handing, back-slapping, self-congratulating, anti-Christian, and anti-American ideals and policies that are advanced by their political masters in the communist left. That would include 99% of Demoncrats and 90% of Republicants.

Leftists continue to advocate for:

(1) The destruction of unborn life.

(2) Assisting sexually-confused people to further harm themselves and others.

(3) Destroying the differences between men and women.

(4) Telling blacks that they cannot make it on their own merit, intelligence, or effort. They must be helped by their white liberal friends whose “helping hand” is really a new enslavement of victimhood and entitlement propaganda.

(5) Destroying an entire generation of children by lying to them about their “whiteness” and “privilege.”

(6) Shaking down corporations for billions of dollars for black Satanic hate groups (BLM) and white communist hate groups (ANTIFA), while simultaneously demonizing patriots, veterans, conservative Christians, and anyone else who loves America and believes this nation is on the wrong path, one that is leading to destruction.

(7) Uses communist techniques of widespread censorship and “cancel-culture” to instill fear and intimidate their enemies.

The enemy is real, they have money behind them, and they will not stop unless they are stopped by a strong show of unity among true Christians and patriots.

Right now, Americans are being subjected to an unprecedented psychological war. All conservative values, politics, and speech is being attacked with the end game being making it all illegal. Contrary and dissenting opinions are anathema to the state.

I have personally warned of this potential for years. This is straight-up, in your face communism. Much of the Church, led by the apostate high-profile preachers and ministry leaders are marching in lock-step with these Luciferians.  The Church has been overrun by cowards, hirelings, and careerists. Charles Finney rightly observed: “If Satan rules in our halls of legislation, the pulpit is responsible for it. If our politics become so corrupt that the very foundations of our government are ready to fall away, the pulpit is responsible for it.”

I have come to understand that too many pastors and ministry leaders love their reputation more than they love God’s honor and His holy name. Otherwise they would fight for the latter regardless of the cost to the former.

The surest thing we have is the Word of God and the promises it contains. Promises from politicians and the governments they embody are worthless.   What we need to do as a people is this:

(1) Recognize the dire straits we are presently in. Stop sugarcoating what is happening to America.

(2) Understand that politicians will not change unless they are forced to change.

(3) The American people must become change agents in relation to politicians.

(4) Just as faith without works is dead and useless, so is prayer without action.

(5) The American people must DEMAND and keep DEMANDING that every government institution abide by the Constitution or be forcefully deposed by lawful means.

(6) It is our collective right as Americans to enjoy the freedoms and liberties our Founding Fathers envisioned but this will not happen if Americans refuse to do the heavy lifting of sustained civic engagement.

At this point, some will say, “I agree with you in principle but, I have no idea where to start.” We must start by creating networks of people who meet physically, communicate regularly, and develop action plans that specifically address the things we know to be true right now in America, those things I’ve already mentioned above, and then determine how, when, and where to DO THEM.

There is a reason that the America-haters among us deliberately captured the public education system and systematically removed teaching about America’s greatness, her exceptionalism, the manner in which God has used America for centuries to be that light on a hill. That reason is that a citizenry that knows its history, that knows its God, and is intent on maintaining such a nation is not easily defeated.

IF America is to survive, the Church must become bold once again by declaring the whole counsel of God.

Joshua 1:9 likewise tells us that we can be courageous when the Lord has sent us on assignment. “Have I not commanded you? Be strong and courageous! Do not tremble or be dismayed, for the LORD your God is with you wherever you go.” When King Hezekiah was confronted with an overwhelming number of foes he did not shrink back in fear. Instead he spoke directly to the people with these words:

“Be strong and courageous, do not fear or be dismayed because of the king of Assyria nor because of all the horde that is with him; for the one with us is greater than the one with him. With him is only an arm of flesh, but with us is the LORD our God to help us and to fight our battles.” And the people relied on the words of Hezekiah king of Judah. (2 Chronicles 32:7-8).

When will we get our country back? When we get off our posteriors and decide that our families, and future generations of Americans deserve the same freedom that we enjoyed until recently. This fight is going to cost us all something. Achieving a legacy for your family to honor is worth the cost.

We will get our country back…

1). When we take action.
Not unlawful use of force but lawful actions that show we will not tolerate the enemy stealing our country and threatening the future of our families and friends. Speak out and do not fear speaking TRUTH. If you see someone being persecuted for speaking truth, speak out yourself. If necessary, boycott the offender. Flood the offender with phone calls and emails. Stand up for your fellow citizens. Hit the offender in the pocketbook even if it means you cannot shop at what used to be your favorite store. Turn off the TV. Get off Facebook, Twitter, Instagram and turn off Fox and Newsmax. Stop wearing that silly mask. It only makes you sick and hides your beautiful face from others. Share your smile, even in dark times. It makes those around you feel better!

2). When we stop sitting around, complaining, and waiting for someone else to act to save our freedom.
Get involved in the political process. We have to fix our election system and process. Part of that fix means to demand a return to honest elections and demand honesty from elected officials. If they are dishonest, recall them. They hate recall movements.

When 100 million Patriots are focused on taking lawful steps to maintain their freedom, their freedom will be maintained. Freedom is enjoyed by ALL of us. We ALL have a dog in the fight. We ALL must join the fight and do our parts. There is power in numbers. We have the numbers. We The People have the power.

3). When we stop trusting a mere mortal person to solve the problem (Yes, Trump is a mere mortal) and get on our knees and start asking God to save us, trusting that He will. Walk by faith and not by sight.

Only God can save us. Read your Bibles more. Share your faith with your family and friends, especially those who live in fear of the present and the future. Show them that your faith in God makes you fearless. Fearlessness is contagious. And it scares the enemy to death.

Then, go to the streets in your city and encourage others to join you. Form alliances with other action oriented groups. There is power in numbers. Together we can take back America from the criminals and Satanists.

Trusting God in the darkest times brings honor to Him and is a testimony of our certainty that His presence is with us. God is not done with America yet. Rise up friends, and take your place among the faithful.

I want to make a request of those who read this. Help me expand my radio Bible teaching ministry. If you have a local Christian radio station, please contact them and request they air my program – The Transforming Word. Stations can contact me by the email above for more information.