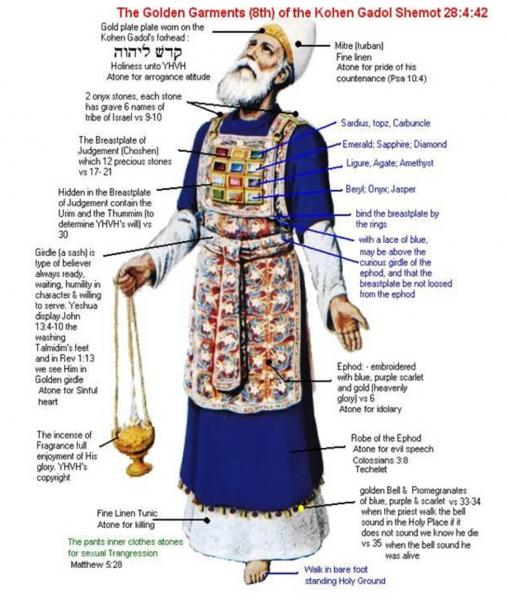 Complimentary Story
It is commonly believed that the armor of YHWH, that Paul mentioned, is referring to a Roman soldier’s armor. Let us take a look at the passage again.

Ephesians 6:10-20, “Finally, my brethren, be strong in the Lord and in the power of His might. Put on the whole armor of God, that you may be able to stand against the wiles of the devil. For we do not wrestle against flesh and blood, but against principalities, against powers, against the rulers of the darkness of this age, against spiritual hosts of wickedness in the heavenly places.

“Therefore take up the whole armor of God, that you may be able to withstand in the evil day, and having done all, to stand. Stand therefore, having girded your waist with truth, having put on the breastplate of righteousness, and having shod your feet with the preparation of the gospel of peace; above all, taking the shield of faith with which you will be able to quench all the fiery darts of the wicked one.

“And take the helmet of salvation, and the sword of the Spirit, which is the word of God; praying always with all prayer and supplication in the Spirit, being watchful to this end with all perseverance and supplication for all the saints— and for me, that utterance may be given to me, that I may open my mouth boldly to make known the mystery of the gospel, for which I am an ambassador in chains; that in it I may speak boldly, as I ought to speak.”

Now, we must remember that Paul had a Hebrew mindset. He was trained in Torah and rooted all his teaching in Torah. So, where is the root of Torah in a Roman soldiers’ uniform —  or was he referring to something else?

Let us consider the priests. We know the priests were also soldiers according to Numbers 4:30, which states, “From thirty years old and above, even to fifty years old, you shall number them, everyone who enters the service (Strong’s number H6635 meaning ‘a mass of persons,’ especially regularly organized for war) to do the work of the tabernacle of meeting.”

We see another example of this in Numbers 31:6, which says, “Then Moses sent them to the war, one thousand from each tribe; he sent them to the war with Phineas the son of Eleazar the priest, with the holy articles and the signal trumpets in his hand.” The New Testament also says we are priests, according to 1 Peter 2:9, “But you are a chosen generation, a royal priesthood, a holy nation, His own special people, that you may proclaim the praises of Him who called you out of darkness into His marvelous light...”

If we are priests, would we not dress as a priest?

There is another connection. If we are a royal priesthood, then we need a high priest. Who is our high priest? Hebrews 2:17 says, “Therefore, in all things He had to be made like His brethren, that He might be a merciful and faithful High Priest in things pertaining to God, to make propitiation for the sins of the people.”

Hebrews 3:1-2 also says, “Therefore, holy brethren, partakers of the heavenly calling, consider the Apostle and High Priest of our confession, Christ Jesus, who was faithful to Him who appointed Him, as Moses also was faithful in all His house.”

Another question that may be asked now is this: was the armor mentioned before in the Tanakh (Old Testament)?

Yes.  Let us look at the pieces one by one and let Scripture interpret Scripture.

The Belt of Truth. First, we have the belt of truth. Isaiah 11:5 “And righteousness shall be the girdle of his loins, and faithfulness the girdle of his reins.” (KJV) Faithfulness is H530 (em-oo-naw'). This word is the same word used in the Septuagint (Hebrew translation of the Renewed Covenant), when it says, “belt of truth (em-oo-nah). This word has to do with the idea of trustworthiness and steadfastness. The Isaiah passage is referring to Yeshua our high priest. This belt would have been the belt worn by the priests as mentioned in Exodus 28:4, “And these are the garments which they shall make; a breastplate, and an ephod, and a robe, and a broidered coat, a mitre, and a girdle: and they shall make holy garments for Aaron thy brother, and his sons, that he may minister unto me in the priest's office.”

Also, notice that the breastplate is mentioned here too. Another important thing to remember is who our belt of truth is. Consider John 14:6, “Jesus said to him, “I am the way, the truth, and the life. No one comes to the Father except through Me.” If Yeshua is truth, then, surely, He is our belt of truth.

Again, this is referring to Yeshua our high priest. This is referring to breastplate mentioned in Exodus 28:4 . Where do we gain this righteousness? Only from YHWH through Yeshua. Romans 3:22-23 declares, “even the righteousness of God, through faith in Jesus Christ, to all and on all who believe. For there is no difference; for all have sinned and fall short of the glory of God.”

Helmet of Salvation.  As we saw earlier the helmet was mentioned in Isaiah 59:16-17. This is in reference to Exodus 28:36 “Make a plate of pure gold and engrave on it as on a seal: HOLY TO THE LORD.” With this in mind look at Revelation 14:1, “Then I looked, and there before me was the Lamb, standing on Mount Zion, and with him 144,000 who had his name and his Father’s name written on their foreheads.” The priests wore YHWH's name on their heads, not Roman soldiers. Again, we see Yeshua is the only way to gain the amor. Acts 4:10-12, “let it be known to you all, and to all the people of Israel, that by the name of Jesus Christ of Nazareth, whom you crucified, whom God raised from the dead, by Him this man stands here before you whole. This is the ‘Stone which was rejected by you builders, which has become the chief cornerstone.’ Nor is there salvation in any other, for there is no other name under heaven given among men by which we must be saved.”

Luke 4:17-21, “and the scroll of the prophet Isaiah was handed to him. Unrolling it, he (Yeshua) found the place where it is written: “The Spirit of the Lord is on me, because he has anointed me to proclaim good news to the poor. He has sent me to proclaim freedom for the prisoners and recovery of sight for the blind, to set the oppressed free, to proclaim the year of the Lord’s favor.” Then he rolled up the scroll, gave it back to the attendant and sat down. The eyes of everyone in the synagogue were fastened on him. He began by saying to them, “Today this scripture is fulfilled in your hearing.”

When the priests were in the temple, the presence of YHWH (and Yeshua {see John 10:30}). We find a reference in Isaiah 52:7, “How beautiful upon the mountains are the feet of him who brings good news, who proclaims peace, who brings glad tidings of good things, who proclaims salvation (Yeshua is the Hebrew word used translated as salvation), who says to Zion, “Your God reigns!” Yeshua is the good news; therefore, He is the only way to gain this piece of the armor.

The Sword.  The passage says that the sword is the Word, yet we Greek minded people still think of a real sword. The sword is only a metaphor. When the priest charged out into battle, they had no sword (though their shofar could deal a deadly blow). They fought the enemies with praise of YHWH. They declare his promises to His people. Promises of victory and protection. Which would you rather have:  a physical sword or the sword mentioned in Psalm 149:6 “Let the high praises of God be in their mouth, and a two-edged sword in their hand?”

Do you still think this is a physical sword? I can tell you this much: you're not going to take down principalities with a physical, flimsy sword. Our declarations of Yah's promises written to in His Word will! Who is the sword? Who is the Word? John 1:1-3, “In the beginning was the Word, and the Word was with God, and the Word was God. He (Yeshua) was in the beginning with God. All things came into being through Him, and apart from Him nothing came into being that has come into being.”

We see another confirmation in John 1:14 “And the Word became flesh and dwelt among us, and we beheld His glory, the glory as of the only begotten of the Father, full of grace and truth.” Yeshua is our only weapon against the enemies' attacks.

The Shield of Faith.  Lastly, we have the shield of faith, which is mentioned in Psalm 91:4 He will cover you with his feathers, and under his wings you will find refuge; his faithfulness will be your shield and rampart (NIV).

YHWH, our God, is our defense. The priest had no physical shield, but they had faith.

We see another confirmation of this in Psalm 84:11, “For the LORD God is a sun and shield; The LORD will give grace and glory; No good thing will He withhold, From those who walk uprightly.”. Hebrews 11:1 reads, “Now faith is confidence in what we hope for and assurance about what we do not see.” How do we attain faith? The answer is: we don't. Consider Luke 17:4-5, “Even if they sin against you seven times in a day and seven times come back to you saying ‘I repent,’ you must forgive them.” The apostles said to the Lord, “Increase our faith!” The apostles didn't say, “we'll be more faithful next time,” but said, “Increase our faith!”

Conclusion:  The full amor is not a Roman soldier’s outfit, but instead the garments of priests. Yeshua is the only way to gain the amor. We must be dependent on Him. There are some parts of the armor, which point more to YHWH, but remember that Yeshua said that He was one with the Father. Therefore, beyond the armor being our priestly garments, it would seem that Yeshua is our armor.