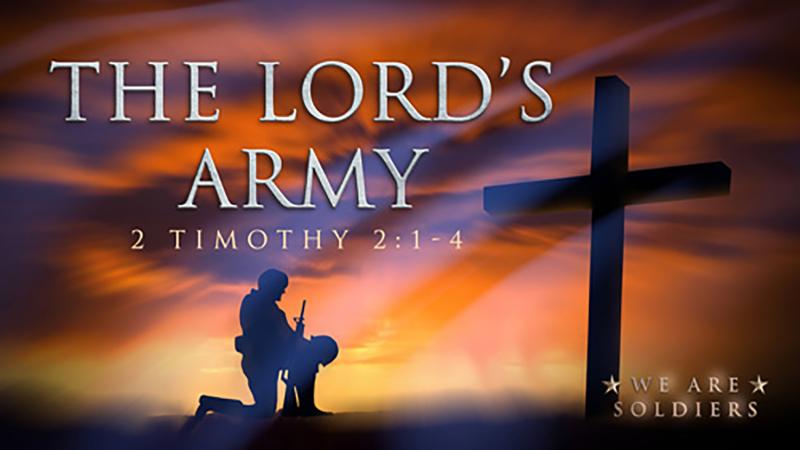 Complimentary Story
Thomas Jefferson posed the following question near the time the US Constitution was signed: “Can the liberties of a nation be thought secure when we have removed their only firm basis: [namely] a conviction in the minds of the people that these liberties are the gift of God?”   It is a question worth pondering, because the other side of that same coin is that without God, anything and everything is eventually permitted and there is no protection against tyranny.   And this is where we are today – a society that’s dismissive of God, permissive of evil, and submissive to overreaching and corrupt leaders.

The fact is, the existence or degree of our freedoms now seems to shift with each major election and according to whatever new judges are confirmed.   However, as former Supreme Court Justice Robert Jackson once stated:

“One’s right to life, liberty, and property, to free speech, a free press, freedom of worship and assembly, and other fundamental rights may not be submitted to votes [and] depend on the outcome[s] of…elections” [emphasis ours].

These rights were not created by the Constitution or the Bill of Rights, but are inalienable rights granted by God.  Indeed, those two documents were designed to prohibit the government from infringing on these rights – in fact, the government is called upon to protect them.   And even though a government has been elected by the people, it is unconstitutional for said government to pass laws that would restrict these rights.

Judge Jackson, who served on the Court from 1941 to 1954, should be considered an expert on these matters, since he was also the leader of the US prosecutorial team at the Nuremburg trials of Nazi war criminals.   He saw first-hand the conclusive evidence of what happens when a godless government not only infringes on but crushes a people’s God-given rights.   Indeed, the Nazis were an elected government, and everything they did was “legal.”  They passed laws that gave them license to run roughshod over people and institutions they didn’t like.   The few who protested were silenced.   And some of the worst specimens of inherently evil mankind were given leadership roles.

Here, we’re still talking about “infringing,” but infringing is only the first step – the frog in the heating water is barely warm.   The end result will be “boiling away” our God-given rights and killing the frog (that’s us).  Therefore, Christians and other patriots need to take a countering first step.   According to Aleksandr Solzhenitsyn, who was arguably the 20th century’s greatest champion of individual resistance against authoritarianism:

“The simple step of a courageous individual is not to take part in the lie…You can resolve to live your life with integrity.   Let your credo be this: let the lie come into the world, let it even triumph.   But not through me” [emphasis ours].

But refusing to take part in “the lie” is only a first step.   When Jesus entered the temple area where the money-changers and pigeon-sellers were operating, He could have simply walked by and ignored their activities.   Instead, He upended their tables and railed at them for turning His Father’s house of prayer into a den of robbers (Matthew 21:12-13).   This was pure righteous anger, coupled with righteous action – and since Jesus is perfect and we are called to be more like Him, then righteous anger in the face of clear blasphemy and/or evil is expected and is not sinful.

Of course, you need to be sure your anger is not personal – in other words, your anger needs to be directed expressly at sins against God.   For example, deeds or words that break His commandments, while also harming others, are basically sins against God.   Moreover, attempts by some leaders and influencers to strip us of the rights God bestowed on us are also sins against Him.   Action-wise, while we make efforts to stop an evil and correct it, whether gently or forcefully, our actions should not include personal retaliation or vengeance – and any punishment due must be left to (honest) authorities and/or God.   This is not an easy path to follow, especially when we now see so many evil deeds go virtually unpunished by today’s (dishonest) authorities.

As stated above, the present evils in this country may be described as groups of people in centers of power and influence – government, media, education, entertainment, and lately the private sector – continuing to chip away, ever more boldly, at our God-given rights.   We are in a war for our own souls and the soul of our country – a war that has been a guerilla war until recently but is now expressly and loudly declared from various podiums and is even taking to the streets with violence.   It has gone as far and deep as it has because, as Jefferson’s question implicitly feared, we’ve allowed the “only firm basis” of our liberties – Almighty God – to be largely removed from public discourse.

Is the collapse of this still relatively free nation part of God’s plan and destined to happen?   Possibly, but no one knows.   In any case, until we see Jesus returning on clouds of glory, we should resist these present-day encroachments on our God-given freedoms with righteous anger and righteous action.

More specifically, I believe we should consider ourselves part of God’s militia, which suggests we should (1) seek out like-minded people in our own areas and/or churches who are righteously angry; (2) meet to discuss the present evils both generally and as they may apply locally; and then (3) consider practical (and Biblical) options.   I know that’s vague, but I believe the details would start coming naturally when discussion begins.   Government enemies of freedom at all levels would find it very difficult to deal with, say, 10,000 local militia groups averaging 40-50 (or more) people each – especially if such groups established ways to communicate with each other.

Ideally, early discussions would center on our God-given or natural rights specified in the US Constitution.   The most important of these rights being attacked right now are found in the first two amendments of the Constitution (part of the Bill of Rights}.   The first amendment singles out five important God-given freedoms or rights, starting with freedom of religion, which says Congress shall make no law that establishes a (state) religion or that prohibits the free exercise of religion.   Following that are freedom of speech, freedom of the press, freedom of assembly, and the right to petition the government for redress of grievances.

Other amendments deal with private property and privacy rights – and even spell out rights for individuals accused of crimes.   But as you know, one of the most attacked natural rights is the second amendment – the right to keep and bear arms – which gives people a means to help protect the freedoms and rights in the other amendments.   The government is supposed to do that, but if they don’t….

Gun controllers dismiss the claim that the right to bear arms is a God-given right, pointing out the obvious – namely, that firearms aren’t mentioned in the Bible.   In Luke 22:36 (ESV), Jesus tells the apostles: “But now [meaning once He is no longer with them] let the one who has a moneybag take it, and likewise a knapsack.   And let the one who has no sword sell his cloak and buy one.”

The sword happened to be the most effective and widely used personal weapon available in Jesus’ days on earth.   At the time of the second amendment, of course, muskets prevailed – but it’s a foolish argument to say that people in 2022 are therefore limited to swords or muskets.   The point is effective defense of self, family, home, your neighbor, and your liberty – and there’s no question that’s a God-given right.

The bottom line here is that the only way to rebuild the formerly rock-solid but now crumbling foundation of this sagging edifice we call America is to bring God back in plain sight.   If government continues to try keeping Him out, God’s militia needs to step up, not with AK-47s but with Bibles, dispersing “doctrine…reproof… correction…and training in righteousness” (2 Timothy 3:16, ESV).   First and foremost, God’s militia must be resisters and teachers; but then, if necessary, physical defenders.

Current polls show the Biden administration with an approval rating of “only” about 40%.   But I worry about that 40%.   When 40% of eligible voters are okay with evils and problems like murdering the unborn, profligate spending, defunding police, surging crime, open borders, destructive mandates, high inflation, shortages, censoring dissent, requiring schools to indoctrinate kids with CRT and transgenderism, foreign policy disasters like Afghanistan, plus a general infiltration of Marxists in government and education, then the need for God’s militia is crystal clear.   Another president or Congress may improve things temporarily, but only Jesus can actually save us and the country.   And if you’re a true believer of any age, your classification for God’s militia is one-A.