Bonhoeffer: Pass Us Your Torch! 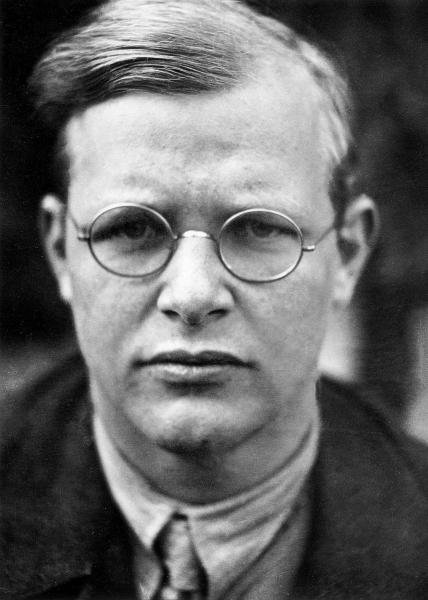 Complimentary Story
Bonhoeffer was a German pastor and theologian living during WWII. His opposition to National Socialism was informed by the Scriptures, his staunch belief in God, and an uncompromising zeal to love what is righteous and hate what is evil.

Dietrich participated in the July 20, 1944, coup to assassinate Hitler in hopes to overthrow the Nazi regime. He was subsequently detained in multiple concentration camps and was executed for his “crimes” in 1945, mere weeks before liberation.

Bonhoeffer is the originator of the oft-quoted, but never-more-relevant-than-now phrase, “Silence in the face of evil is itself evil.”

Bonhoeffer became involved in the Confessing Church, which was a movement that fought against the Nazification of the German Evangelical Church. Bonhoeffer was recruited as a teacher at the illegal Confessing Church Seminary, which had been closed by the Gestapo in 1937. Dietrich spent years traveling across the country, visiting pastors of secret house parishes and underground churches.

Some of Bonhoeffer’s actions were:

• Acting as an informant

• Participating in a coup to overthrow the regime

• Participating in a coup to assassinate Adolph Hitler

Bonhoeffer’s life poses several extremely difficult philosophical, political, religious, ethical, and theological questions. Questions that need to be sorted out with much prayer, fasting, testing of the spirits, courage, fear, and trembling.

Romans 13 and 1 Peter 2 need to be weighed in eternal balances and must be prayerfully evaluated and interpreted through the cultural, geographic, historical, linguistical, and contextual lenses by which Peter and Paul were looking through when they first penned their letters. Are these New Testament writers, inspired to write by the power of the Spirit of God, truly telling believers to blindly obey rogue governments and non-constitutional laws that are an affront to our God-given freedoms?

Dean also pointed out that the motto of the American Revolution was, “No king but King Jesus!” (I do NOT remember learning about that in school!) And that the original national seal (before it was replaced with a bunch of Masonic mumbo jumbo) featured a picture of Pharaoh’s chariot being overturned in the Red Sea, with Moses and the children of Israel safely standing on the opposite shore. The motto on the seal was, “REBELLION TO TYRANTS IS OBEDIENCE TO GOD.”

This might cause you to ask, “Where are all the Patriots now? The Bonhoeffers? The Watchmen? The warriors?”  To this question, I would direct you to Exodus 2:24. When 400 years of slavery and oppression under a tyrannical government had passed, the groanings of the people reached heaven; and God, “…remembered His covenant with Abraham, with Isaac, and with Jacob.”

Groanings. Moses didn’t form a militia and try to overthrow Pharaoh’s court. (Well, actually he did, and it didn’t go too well. It resulted in a dead Egyptian in a sandbox and his having to flee the country for several decades). Things didn’t change for the Hebrew slaves because troops with ARs showed up. Things happened when the people of Israel were given the gift of groaning; and their groanings parted the first sea of opposition that stood between them and their freedom — the iron floor of heaven.

We must pray for wisdom, courage, and obedience. We must put the eternal commands of God above the transient laws of men. We must learn to differentiate between the Law (of God) and the law (of men). We must follow in the footsteps of other Law-abiding citizens who went against corruption for the glory of God. Men such as Abraham, Moses, Daniel, Shadrach, Meshach, Abednego, Peter, Paul, John, Esther, and Jesus Christ. We must follow in the footsteps of men and women of courage…even if those footsteps lead us to the gallows.

Where is the Bonhoeffer of our generation? Who is it? Could it be you?