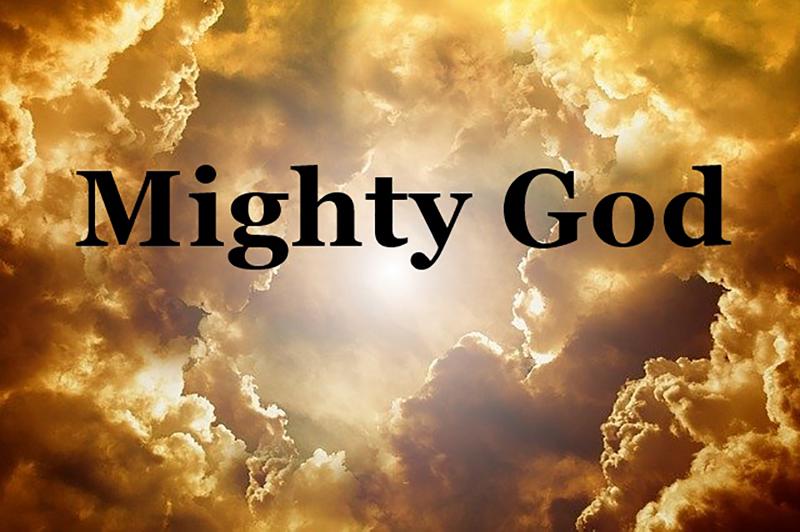 Complimentary Story
Most Americans are patriots. Many of us are veterans. We love God, we love His Holy Son, we love our flag and we love our country. Most of us are not liberals about all facets of life and believe there are rules that God set out several millennia ago.

I don’t think anyone has God figured out, at least I do not. I study His book, both the Old Testament and New Testament and spend a lot of time trying to figure out what He meant by certain things that He said or actions that He took. But one thing I have noticed is that God does not brag, and He does not do a little dance when He performs a great miracle for us. Even though our world is all about God to two-thirds of Earth’s population, He never pats Himself on the back about His abilities. He did, however, cover the subject in the first two Commandments that He gave to Moses:

“And God spoke all these words: ‘I am the Lord your God, who brought you out of Egypt, out of the land of slavery.

‘You shall have no other gods before Me.

‘You shall not make for yourself an image in the form of anything in heaven above or on the earth beneath or in the waters below. You shall not bow down to them or worship them; for I, the Lord your God, am a jealous God, punishing the children for the sin of the parents to the third and fourth generation of those who hate Me, but showing love to a thousand generations of those who love Me and keep My commandments.’”

“I am the Lord your God, who brought you out of Egypt, out of the land of slavery.”

This seems like a simple enough statement that God gave to the children of Israel. It was a blanket statement that He had their backs. He was their tent of protection against all odds and barriers. He had worked the world’s greatest miracles before the eyes of the pharaohs of Egypt; and His chosen people, the Hebrews, the descendants of Abraham. Did God get credit? Did God get appreciation? I think not.

Bringing the Hebrew people out of Egypt and from under the thumb of the narcissistic, cruel pharaoh must have been a sight to see, one plague after another; but as it says in the prophecies concerning the last days and how it will be, the worse it got the more defiant Pharaoh became toward God. “Bring it on” was his apparent desire, and the Almighty did just that. He does not like ridicule or rebellion toward Him. Are we listening?

“But mark this: There will be terrible times in the last days. People will be lovers of themselves, lovers of money, boastful, proud, abusive, disobedient to their parents, ungrateful, unholy, without love, unforgiving, slanderous, without self-control, brutal, not lovers of the good, treacherous, rash, conceited, lovers of pleasure rather than lovers of God — having a form of godliness but denying its power. Have nothing to do with such people.” (2 Timothy 3:1-5 NIV).

The children of Israel did not give God credit for the wonders He worked and began complaining to Moses about their new freedom almost from the start. They gave Moses credit and complained that they had good food, safe shelter, everything was dandy as slaves to Pharaoh.

Try to imagine waking up one morning, leaving for work and when you pass over the local river, it is as red as blood. You walk in the office, hit the water fountain button and blood-red water comes out… and it smells like death.

A few days later there are plagues of flies and gnats and frogs as more and more animals in the water die as did those animals who drank from the streams and lakes. A few days later there are the worst hailstorms in memory and thousands of animals and people are killed. Finally, after the straw-that-broke-the-camel’s-back, a plague of darkness and death as the children of Israel were instructed to swipe lamb’s blood on their doorways, hits the land. The lamb’s blood on the doorway would let the Angel of Death know they were the chosen and would “pass over” them.

This final plague is described today in the scientific community, much the way other supernatural occurrences are explained: It did not happen like the Bible claimed though something happened, something “Mother Nature” caused.

“Mother Nature” gets the credit, not God; but since they, the scientific community, believe this to be so, the story must be changed. They, like Pharaoh, resist the truth because it is beyond their imaginations. Scientists need natural laws that cannot be altered.

This last plague does present a challenge for science when defined the way Exodus defined the near collapse of the Egyptian empire. Science theories range from a carbon monoxide cloud to a carbon dioxide cloud and to some, sulphur dioxide. If the cloud had a sulfur component, I am sure the smell would have been mentioned.

But this last plague was much more than a poisonous cloud. It was a cloud that somehow avoided seeping into the abodes of the Hebrews, though the construction of the homes of these slaves would have certainly had openings and leaks through which the gas would naturally penetrate. How would the poisonous cloud know not to penetrate the shoddy Hebrew homes but to penetrate Pharaoh’s and the other Egyptian homes?

This time Pharaoh listened and did give God the credit. The scientific community, of which many give God little credit for anything, cannot explain how this supposed poisonous cloud could discern second born from first born.

God is humble when He wants to be, but He calls us blessed if we are humble.

Humility is not an easy thing. When we get a new hair-doo or new suit, it is hard to not feel like we look good! Riding around in a shiny, new car gives us an air of achievement. I am guilty myself, though now that I recognize that flaw, I am working on it. Every day it seems I discover yet another flaw.

It is important that we give God credit for all He does for us. He did create the universe somehow, because it wasn’t always here. He did create a planet that has all the ingredients for life as we know it: just the proper breathable atmosphere, just the proper livable temperature range, seed-bearing plants and animals to help with our burdens.

Science seems to think this could happen anywhere in the Universe under the “right” circumstances. It hasn’t happened in our solar system, only planet Earth. We spend billions world-wide to find life somewhere else in the Universe but to no avail.

We need to give God credit. He is a jealous God.