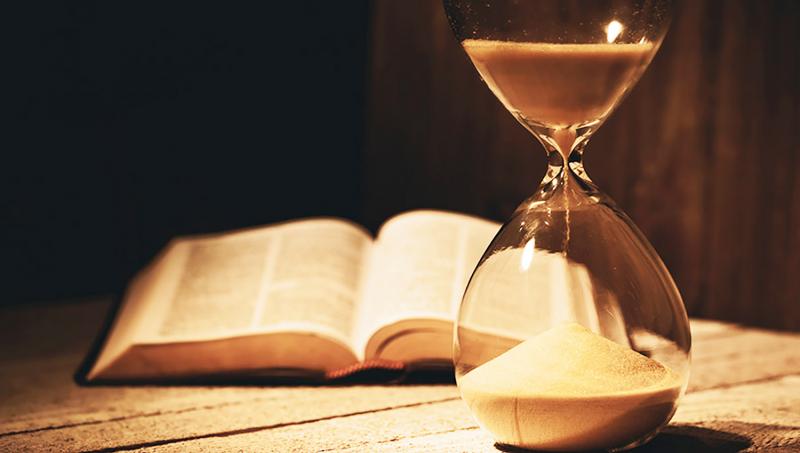 Complimentary Story
s there any doubt that the USA is under judgment?  We are enjoying a pandemic and hyper-inflation.  Leadership at the highest levels is being puppetized (hidden players are pulling the strings of decision-making), and national defense crises are arising at our border and nation-wide.    Social chaos is occurring as we see that rampant looting is causing revulsion by fans of Luis Vuitton and Walgreens. At the same time, repeat offenders like Darrell Brooks, the Waukesha maniac who killed five people and terribly injured many others, are released without bail which enabled the subsequent mayhem he produced.

Academic standards are down the toilet as any honest teacher will tell you.  Even in the 1990s this writer, who was teaching at that time, was told that no grades below 50 could be assigned even if the student only showed up three times out of 90 days.  Lastly, but not least, communist teachers coast-to-coast are telling kids that America stinks and that a new “collective” economic and social order is the answer.  Yes, this is Hillary’s “it takes a village” with a vengeance.

In the meantime, as we ready for communist collectivity, different ethnicities are to have different seating areas in the college cafeterias, in our recreation areas, in graduations, and in dorms. In these various settings, they will live, eat, and sleep apart from their ethnically-different confreres. The 1954 Supreme assertion that “separate is inherently unequal” is disparaged as naïve and self-serving.  Apparently, it was a bogus dictum to allow for continued white hegemony. BLM is all so-o-o-o “collective,” but the justification is that until the revolutionary order is implemented, minorities must be protected from white exploitation and dominance.

One of the best sections in Holy Scripture describing the “last days” is found in 2 Timothy 3:1-5 which states, “But understand this, that in the last days there will come times of difficulty. For people will be lovers of self, lovers of money, proud, arrogant, abusive, disobedient to their parents, ungrateful, unholy, heartless, unappeasable, slanderous, without self-control, brutal, not loving good, treacherous, reckless, swollen with conceit, lovers of pleasure rather than lovers of God, having the appearance of godliness, but denying its power. Avoid such people.”  Let’s look at some of these criteria for showing that we are not living according to godly principles.

1). Disobedience to parents.  What could be more disobedient to your parents than telling them you are not a boy or a girl.  They conceived you. Your mother birthed you. They designated you based on state-of-the-art assessment of your body parts, which assessment has been around since the beginning of time, that you were a boy or a girl. This acute designation was made in good faith by one’s parents along with a physician.  Yet, the child rejects this designation and even at a young age is presumed able to challenge that designation made at birth and listed officially on their birth certificate.  Before they have reached the age when they are considered under law to be responsible actors capable of independent judgment and full personal responsibility, they are increasingly allowed to deny their gender specification, and can “convert” to the other sex — without parental consent in many states.

2). Without self-control. Self-control begins with faith in and adherence to one’s faith in Almighty God in Christ. Why do I say this? Answer:  In order to control self, one must adhere to a standard other than self to which self is accountable. The Oprah Winfrey understanding that each can speak of “my truth” as a valid category that takes mere opinion beyond opinion into the more durable realm of “truth” is mere assumption.  One has an opinion and then one, in an attempt to be more persuasive, elevates that opinion supposedly to a higher status of validity by calling that opinion “my truth.”  It is pure hubris that cuts against the grain of all science which demands that inductive protocols be followed before one has ascertained a scientific truth.

Further, philosophy from Aristotle forward affirms that truth is not only inductive but must meet various logical criteria. For example, there is the law of non-contradiction that states “either A or not-A.”  An abortion counsellor once said to this writer, “The baby is better off being dead than being born into the same family as the teenager who is pregnant with that baby.”  It is a logical fallacy as well as a moral offense to say that someone is “better off” dead than being in “family X.”  Being “better off” is only an expression that applies to the living, so, logically speaking, you can’t be both dead and “better off.”  Death and life are two mutually independent categories.

3). Lovers of self and unholy.  We have been facing an onslaught of transgender propaganda which includes in its agenda the most awful child abuse imaginable – namely chemical castration.  Specialists are able to prevent the actual production of testosterone or estrogen in growing children. The procedures are begun as early as age six. For a long time this writer followed the fate of a Mr. Younger, one of whose twin sons at age six identified as a girl, and his mother — incredibly, a pediatrician — was supportive of his receiving chemical treatments to prevent the boy from ever producing testosterone during puberty.

The boy’s father was fighting this tooth and nail, and was finally told by the courts he could not publicize it.  It was a horror show of state intrusion in parenting as well as showing the results of having a mother with a morally diseased outlook on life (yes, though parenthood should be honored, some parents are off the wall).  This writer is happy to report that after continuous pressure from an organization called Mass Resistance, the clinic to which his son was going for “treatment” closed its doors in Dallas, Texas.  That clinic called itself “Genecis,” a name designed to mock the Bible account of creation and the cisgender people who resist the transgender agenda.

Friends, this transitioning movement is a moral scourge in our land that strains the foundational thinking (metaphysical and theological) of every moral person still committed to Judeo-Christian values.  Are we ready to see children treated like guinea pigs in a sinister experiment aimed at redefining life itself at its biological essence?

How can any right-thinking person  be anything except a zealot against chemical castration of little boys?  We know that 65%-94% of youth who claim to believe they are a different “gender” re-appropriate their birth and organic gender by the age of 18 or 19.  As adults, if they want to proceed through chemical treatments and surgery and dispense with other pro-gender therapies, I respect their right to do so, but will never consider the “new self” to be “normal.” But “transitioning”  young children is a last-day scourge that is crying out for Divine Judgment.