Ukraine Is the Epicenter of the Deep State 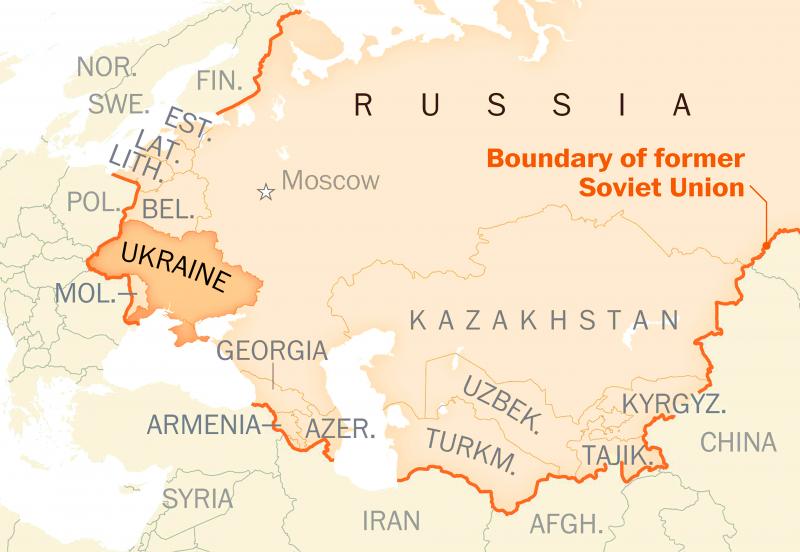 Remember Russiagate and Spygate, the deep state attacks against Donald Trump that began as he announced his candidacy and continued through his time in office? Before that, remember the Arab Spring, Libya, and the nation rebuilding machinations of the US Department of State under Obama with Clinton at the helm? The well-timed SarsCoV-2 outbreak that illegally changed the rules of voting in 2020? Remember the creation of the phrase “fake news,” and the big tech and media censorship that resulted and continues today?

When it comes to the deep state cabal initiatives like Agenda 2030, the Great Reset or Building Back Better, there are no coincidences. That includes the timing of the Russia-Ukraine crisis and the reasons that led up to today’s events.

Readers of Wisconsin Christian News may recall my exclusive reports about the contents of Hunter Biden’s abandoned laptop. I was given two copies of the hard drive and examined thousands of communications and documents related to the Biden family’s business activities in China, Russia and Ukraine. Despite the authentication of the contents by federal investigators and reporting on Biden’s potentially criminal conflicts of interest as a presidential candidate by the New York Post, Facebook and Twitter locked the account of one of the oldest and most established newspapers to prevent any information about Biden from bring publicly disseminated.  It was a blatant move by the deep state tech oligarchs to influence the 2020 presidential election.

The story, however, began several years prior and is culminating into the events we see playing out on the world stage today. To better understand the situation in Ukraine, we’ve got to go back to the early days of the Obama-Biden regime. Obama made Vice President Joe Biden his “point man” on foreign policy matters regarding Ukraine, where many members of the Ukrainian government served as assets for the deep state in the US and the West. The Russia/Ukraine timeline obviously extends much farther back in time and the reader is urged to study historical events.

It was in late 2013 and extending into 2014, during the Obama-Biden White House occupation, when a color revolution (known as the Euro Maidan or Revolution of Dignity), sponsored in large part by Western globalists inside and out of the US government forced then-Ukrainian President Viktor Yanukovych to flee the capital city of Kyiv in February 2014. Those who know history can see that the US had a very significant role in this event, which was not a real revolution, but a globalist sponsored coup heavily facilitated by the US.

In the days and weeks that followed this coup, a seemingly endless parade of senior Obama officials began arriving in Ukraine, including CIA Director John Brennan. His presence alone was like spiking the football in the eyes of Russia, which seemed like a blatant provocation to Russia by the globalist cabal. Other globalist minions such as Assistant Secretary of State Victoria Nuland were also busily shaping the new Ukrainian political landscape that would better serve globalist interests.

Then, of course, Biden appears in Ukraine with his son, Hunter. Joe Biden just happens to wind up running Ukraine policy on behalf of the Obama administration serving the globalist agenda. Biden met with various government officials, including the next president of Ukraine, Petro Poroshenko. Many meetings were focused on Ukrainian energy policies and government corruption. Just three months after the Ukrainian regime change, Hunter Biden was named to the board of Burisma, a natural gas company owned by Mykola Zlochevsky, a Ukrainian oligarch who’d served in the government of the previous, now exiled, president.

Hunter Biden, the son of the US Vice president, had no experience in running an energy company or foreign policy experience. Nonetheless, invoices on Biden’s laptop show that he received $83,333 per month from May 2014 from Burisma Holdings Ltd. to sit on its board. That windfall abruptly stopped just two months after Joe Biden was no longer vice-president.

In August 2014, the Ukrainians opened an investigation of Burisma, and in January 2015 the owner of Burisma was put on Ukraine’s most wanted list. While such a move would have caused most normal people to extricate themselves from Burisma and rampant government corruption, Joe Biden had other ideas. As US Vice President, Biden instead began pushing President Poroshenko to fire the prosecutor, Victor Shokin, who was investigating the company that was paying his son a million dollars per year.

While speaking at a meeting of the Council on Foreign Relations in 2018, Joe Biden even boasted about his influence over Ukrainian politicians. Before a world audience, he admitted that he went to senior Ukrainian officials, including the President and the Prime Minister and he told them that if they did not fire the prosecutor who was investigating the company that was paying his son, he would withhold a $1 billion loan guarantee destined for the Ukrainian government. Instead of Donald Trump engaging in some obscure quid-pro-quo, it was, in fact, Joe Biden who had proposed a quid pro quid pro quo using American resources to benefit his own family. What we’re looking at right now are the consequences of what Joe Biden did in Ukraine.

Meanwhile, the puppet regime of Ukraine continued to play a prominent role in the advancement of the globalist agenda. Enter Russiagate, which is related to the current tensions between Russia and Ukraine, and now the US.

From the moment Donald Trump announced his candidacy in the 2016 election, snakes of the deep state working within the US and embedded in most Western countries cooked up what has been termed “Russiagate.”  Created by US intelligence services, specifically the FBI with the CIA, and bolstered by assets of globalist spies working for other Western nations, Russiagate was the information operation run through the American media. The premise of Russiagate was simple:  Donald Trump and Vladimir Putin were engaged in a conspiracy of collusion; Donald Trump would agree to lift Ukraine-related sanctions on Russia in exchange for Putin helping him win the White House.

All of this was a lie, of course, and involved Hillary Clinton, the Clinton Global Initiative (which interestingly has just now been recommissioned), and other members of the globalist uniparty. It’s also important to recall that it was Hillary Clinton and her campaign who were responsible for the creation of the fraudulent Steele dossier. The central part of that document, created with the assistance of Ukrainian officials both in Washington, such as the Ukrainian ambassador to the United States, and in Kiev, contained the same false allegations of Russiagate.

The actions of the Obama-Biden government had, and continue to have, a tremendous influence on the current tensions between Ukraine and Russia.

Since the breakup of the Soviet Union, the political operatives of Ukraine have been part of a massive intelligence operation used by globalists, a money laundering operation, and assets of regional political destabilization. Don’t rely on any of the mainstream media — including some considered on the conservative side — to bring you the truth about this very volatile situation. Instead, consider that the masses are content with the hearing the simple eloquence of Kamala Harris as she explains the Ukrainian situation, suitable for big tech censors: