Here It Is! Widespread Election Fraud Revealed in Report 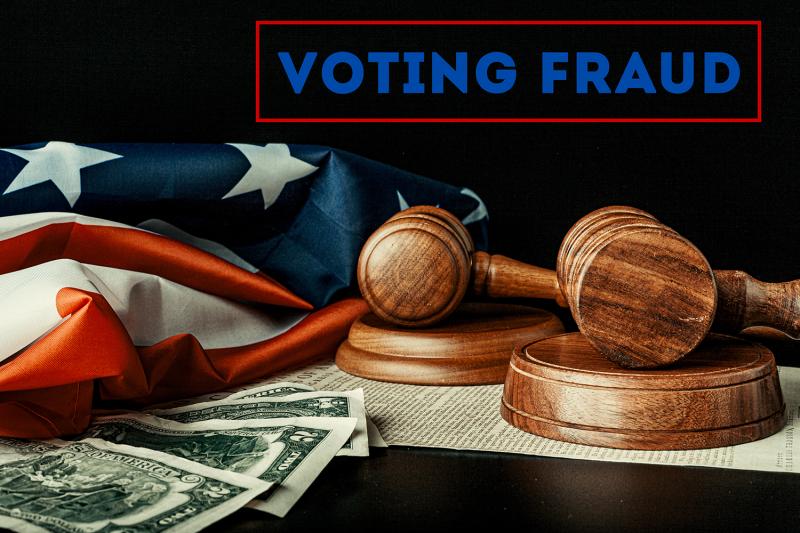 Complimentary Story
This story was originally published by the WND News Center, https://www.wnd.com/2022/03/widespread-election-fraud-revealed-report/?utm_source=Email&utm_medium=wnd-breaking&utm_campaign=breaking&utm_content=breaking&ats_es=7f1921966c2663135ca8c0a2ead4737f

President Donald Trump has said that the 2020 presidential election was stolen.

In fact, Joe Biden won by narrowly capturing victory in a list of swing states, and dozens of subsequent court cases were dismissed by judges over issues like standing, which mostly didn’t address the actual claims involved.

But the establishment’s defense to arguments over the legitimacy of the vote count always has been that there’s been no “widespread election fraud” found.

Margot Cleveland, a graduate of Notre Dame Law, a former law clerk for a federal appellate judge and a senior contributor to The Federalist, pointed out that’s exactly what the Wisconsin Office of Special Counsel concluded was involved in that state’s 2020 presidential election results from nursing homes.

She reported, “Special Counsel Michael Gableman, the retired state Supreme Court justice appointed by the Wisconsin Assembly to investigate integrity concerns about the 2020 election, vetted more than 90 nursing homes in five different counties before concluding there was ‘widespread election fraud at Wisconsin nursing homes in November of 2020.’”

She explained, “According to the report, nursing home staff and administrators illegally handled absentee ballots, illegally assisted with ‘marking’ residents’ ballots, illegally ‘witnessed’ the voting, and possibly included forgery of the elderly residents’ signatures. Under Wisconsin law, these violations of the election code constitute fraud.”

She noted that just one of the key findings in the OSC report that was given to the Wisconsin Assembly found, “Rampant fraud and abuse occurred statewide at Wisconsin’s nursing homes and other residential care facilities.”

The district attorney, Patricia Hanson, then claimed she didn’t have jurisdiction and she would not be filing any charges.

That’s after the sheriff’s investigator, Sgt. Michael Luell, explained the only legal way for residential care home residents to vote requires municipalities to send two special voting deputies, who must personally deliver ballots, which can be filled out by the voter with help from only a relative or an SVD. The deputies then must seal the ballot and delivered it to an elections clerk.

“The Ridgewood Care Center in Racine County violated every one of those mandates, Luell explained, with the Wisconsin Election Commission (WEC) holding blame for the blatant disregard of state election law taking place at residential facilities because the commission had directed municipalities not to ‘use the Special Voting Deputy process to service residents in care facilities,’ and to instead ‘transmit absentee ballots to those voters by mail,’” The Federalist report said.

Schmaling had warned it was unlikely the problems developed in only one nursing home, and Gableman confirmed that, exposing “rampant fraud and abuse occurred statewide at Wisconsin’s nursing homes and other residential care facilities in relation to absentee voting at these facilities.”

Further, Gableman’s report cited the “improbably high voting rates” of 100% in many of the care facilities “alone creates a strong inference of fraud,” the report said.

Gableman cited Resident D of Brown County. Her family took Resident D to vote at her assigned polling location, but when she presented herself to vote on election day, the election workers informed her she had already voted. After questioning from her family, Resident D recalled someone at the nursing home had talked with her about voting, but she denied voting at the residential facility. Nonetheless, records from 2020 show Resident D cast an absentee ballot, the report explained.

Gableman found that some 92,000 people in Wisconsin reside in such facilities, so the failure of Wisconsin election officials “to prevent wards and incapacitated persons from voting in the 2020 presidential election” casts “doubt on the election result,” Gableman said.

WND reported, too, when Gableman’s report came out that it found that Mark Zuckerberg’s decision to donate some $420 million to various Leftist elections officials across America to “help” them accommodate COVID during the 2020 president race violated Wisconsin’s bribery statute.

Previously, study of Zuckerberg’s purchases during that election system confirmed those deals essentially “bought” the vote for Joe Biden.
In Wisconsin, Zuckerberg’s money, some $9 million, went “solely to five Democratic strongholds” and the special counsel’s report to the Wisconsin Assembly said those actions violated the ban on bribes.

• Eliminating the Wisconsin Election Commission, which, in fact, had delivered to elections officials improper instructions for the election.

• Maintain a single statewide voter registration database and making it available and secure.

• Establishing a process for challenging results.

• Minimizing “pre-voting,” because that denies citizens their right to observe the process.

• Allowing the creation of “alternative slates of electors” for challenged races.

• Providing ways to challenge those certifications.

• Banning “outside funding” in elections.

What is known about the 2020 election is that study of Zuckerberg’s money concluded the results essentially were bought for Biden. Also, various state and local elections officials simply canceled their own state laws regarding mail-in ballots to accommodate COVID, actions that were not legally allowed.

Third, legacy and social media all worked to conceal accurate – and damaging – reporting about the Biden family overseas business schemes just before the election. A Media Research Center study revealed had those reports been more widely published, enough voters would have turned away from Biden to cost him the election.